Harvey Weinstein grinned as he left court, and his lawyers said he was confident heading into what could be his last weekend of freedom as his New York City rape trial moves closer to a verdict.

Jurors are set to start deliberating Tuesday, their task put off a day because court is closed Monday for Presidents Day.

The prosecution and defense left the panel of seven men and five women with plenty to think about as they summed up their cases for and against convicting the movie producer in closing arguments on back-to-back days, Thursday and Friday. 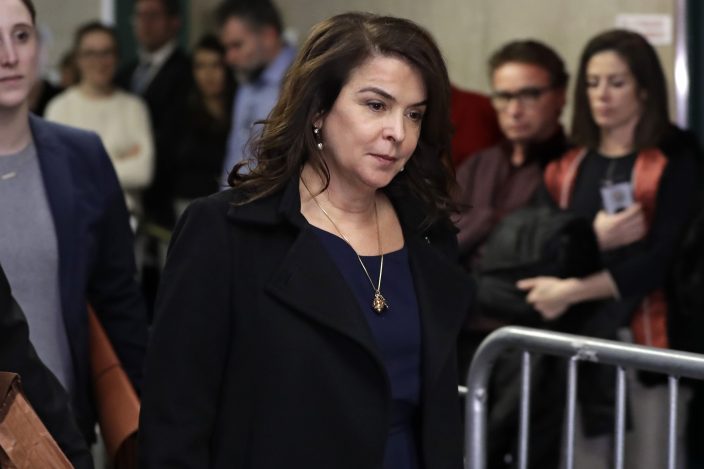 Weinstein, 67, is charged with raping a woman in a Manhattan hotel room in 2013 and forcibly performing oral sex on another woman, TV and film production assistant Mimi Haleyi, in 2006.

Jurors will also be weighing actress Annabella Sciorra's account of a mid-1990s rape in considering charges alleging Weinstein is a sexual predator, even though it is too old to be charged on its own. 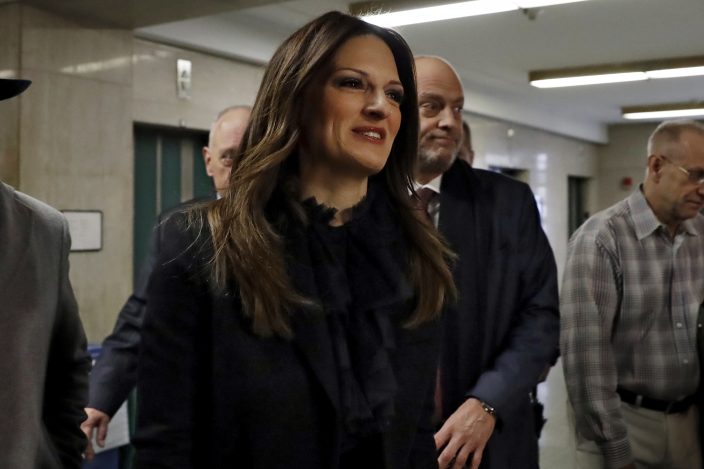 The Associated Press has a policy of not publishing the names of people who allege sexual assault without their consent; it is withholding the name of the rape accuser because it isn’t clear whether she wishes to be identified publicly.

The closing arguments were the highlight of the fourth week of testimony and arguments at the landmark #MeToo trial. 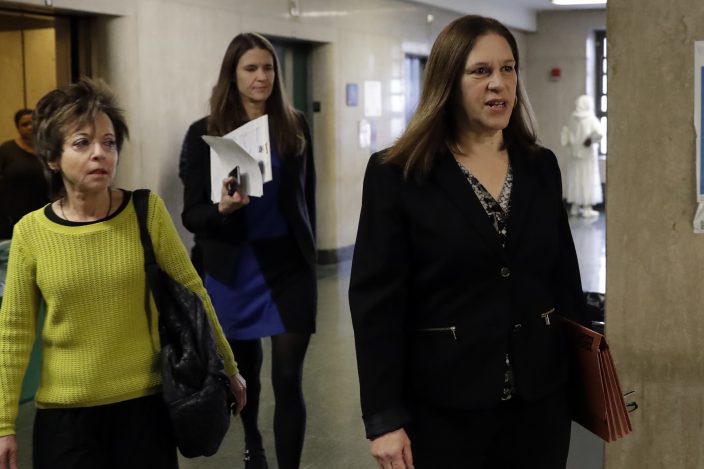 Weinstein lawyer Donna Rotunno suggested Thursday that prosecutors created an “alternative universe” and a “sinister tale” because they lacked evidence to convict the former studio boss.

“In their story, they have created a universe that strips adult women of common sense, autonomy and responsibility,” Rotunno said. “It is offensive, actually.”

Rotunno, a #MeToo critic, argued that the two women Weinstein is charged with attacking were opportunists who willingly latched on to the powerful producer and acquiesced to sex because they thought it would help their careers. 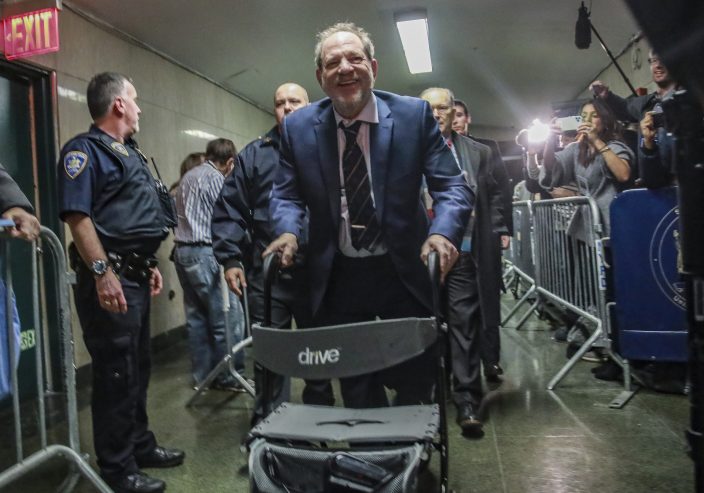 Rotunno, continuing a theme of the defense’s case, seized on the women’s warm emails and other communications with Weinstein that continued for months and years after the alleged attacks.

Referring to prosecutors, she said: “In their universe, (Weinstein’s accusers) are not even responsible for sitting at their computers sending emails to someone across the country."

“In this script, the powerful man is the villain, and he's so unattractive and large that no woman would ever want to sleep with him voluntarily. Regret does not exist in this world, only regret renamed as rape,” the lawyer continued.

Wrapping up remarks that went on for more than 4½ hours, Rotunno told jurors: “facts matter, evidence matters, and when this case is over, we know that you'll do the right thing because justice demands it.”

As he left court Thursday, Weinstein said he “loved” Rotunno’s closing. “I made ‘The King’s Speech.’ It was the queen’s speech,” he quipped.

Prosecutor Joan Illuzzi-Orbon went Friday and spoke about another universe — one in which Weinstein’s accusers “were merely ants that he could step on without consequences.”

Weinstein worried about Sciorra because she was an established star but treated other victims like “complete disposables” because they weren’t in his Hollywood orbit and he had the power to make sure they wouldn’t be, Illuzzi said.

One way that Weinstein kept the women quiet was by making them feel embarrassed and ashamed, as if they had done something wrong, when it was him forcing them into awkward situations, like asking them to give him a massage, Illuzzi said.

Illuzzi implored jurors to focus on Weinstein’s conduct, not what the alleged victims in the case may have said or done with him afterward.

For instance, she said, the woman Weinstein is charged with raping could have been madly in love and had his name tattooed on her arm, but “he still would not be allowed to rape her,” Illuzzi said.

Illuzzi finished her three-hour talk by reminding jurors how painful it had been for Weinstein’s accusers to come forward, and how, by testifying, they had “sacrificed their dignity, their privacy and their peace” to seek justice.

As they prepared for closing arguments this week, Weinstein’s lawyers found themselves sparring with Illuzzi over her plan to mention that his physical appearance had changed significantly since the time of the alleged assaults.

His lawyers feared she would comment about the walker Weinstein has been using to hobble into court each day, which they say he needs because of recent back surgery.

Jurors haven’t seen Weinstein amble in and out of court, but Illuzzi noted during the discussion Tuesday that they can see the walker because it’s parked right behind the defense table.

“The walker has been there as a prop,” she said.

“It is not a prop! Enough!” Weinstein lawyer Damon Cheronis said.

“That is what it looks like,” Illuzzi responded. “You can scream all you like. They did not have to have the walker back there.”

After more bickering, the judge said it was fine for Illuzzi to mention Weinstein’s physical changes, which she wound up doing in her closing, but warned: “Leave the walker out of it.”

FACES IN THE CROWD

Big-name celebrities are staying away from Weinstein’s trial, leaving the courtroom gallery filled mostly with reporters tapping notes on laptops and legal types keeping tabs on the case, along with a few rows of prosecution and defense team guests.

Actress Ellen Barkin showed up early in the trial to watch Sciorra testify and ended up flipping off photographers taking her picture. Actress Rosie Perez was there too, but as a witness to corroborate Sciorra’s account. Other stars protested outside during jury selection but haven’t made their way into court.

When the #MeToo movement exploded, Weinstein’s case seemed like it would be a magnet for celebrities fed up with his history of mistreating women. A pretrial hearing in December 2018 attracted a big crowd from the Time’s Up organization, including actresses Marisa Tomei and Amber Tamblyn and other celebrities.

Instead, the boldface names in the courtroom have been a bit more inside baseball: Jodi Kantor, the New York Times reporter and co-author of “She Said”; Robert Boyce, the NYPD chief of detectives during the Weinstein investigation; lawyers Gloria Allred and Douglas Wigdor, who represent some of Weinstein’s accusers; and John Orbon, Illuzzi’s husband, who had a front-row seat for her closing argument.

Vance has also been a regular in the crowd. The case had the potential to swing his legacy after years of criticism and recent calls to resign over his handling of high-profile sex assault cases, including an earlier dropped investigation into Weinstein.

In her closing, Illuzzi revisited an episode in 1997 in which Sciorra says Weinstein showed up to her hotel room at the Cannes Film Festival one morning in his underwear, with a bottle of baby oil in one hand and a videotape in the other.

Sciorra, there to promote the film “Cop Land,” told jurors she backed away and pushed all of the direct dial buttons on her room phone, hoping someone from the hotel staff would come help.

On cross examination, Rotunno wondered why Sciorra didn’t just go to her tough-guy costars Sylvester Stallone and Robert De Niro for help keeping Weinstein away from her.

Then, looking straight ahead at the jury, the prosecutor quipped: “You guys know that Sylvester Stallone is not really Rambo, right? And Robert De Niro is not really the Godfather. They are just actors like she is.”