Adam Henrique scored twice, Derek Grant had a goal and an assist, and the Anaheim Ducks beat the Vancouver Canucks 5-1 Sunday.

Brendan Guhle and Sam Steel also scored for the Ducks, who have wins in two of their last three games.

The Ducks scored twice on the power play after going 1 for 21 with the extra man over their previous eight games. Anaheim was coming off a 6-0 loss to Calgary at home Thursday night. 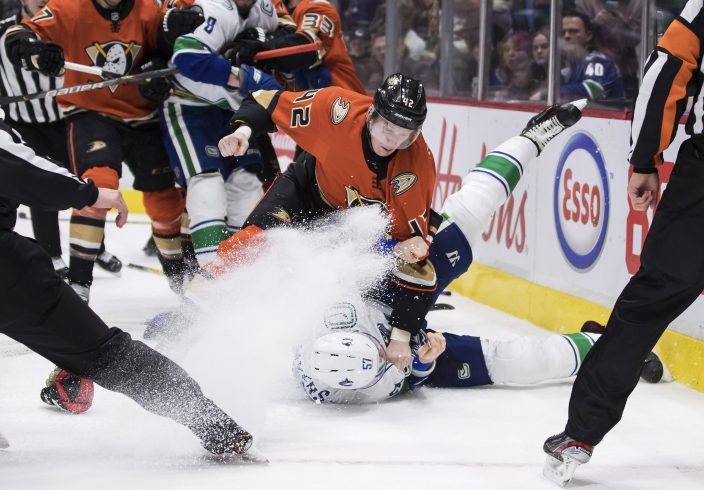 Elias Pettersson scored for the Canucks, who ended a two-game winning streak and are 2-4-1 in their last seven games.

The loss leaves the Canucks one point behind the Edmonton Oilers in the race for first place in the Pacific Division and one point ahead of the Vegas Golden Knights. The Ducks remain 11 points out of a playoff spot. 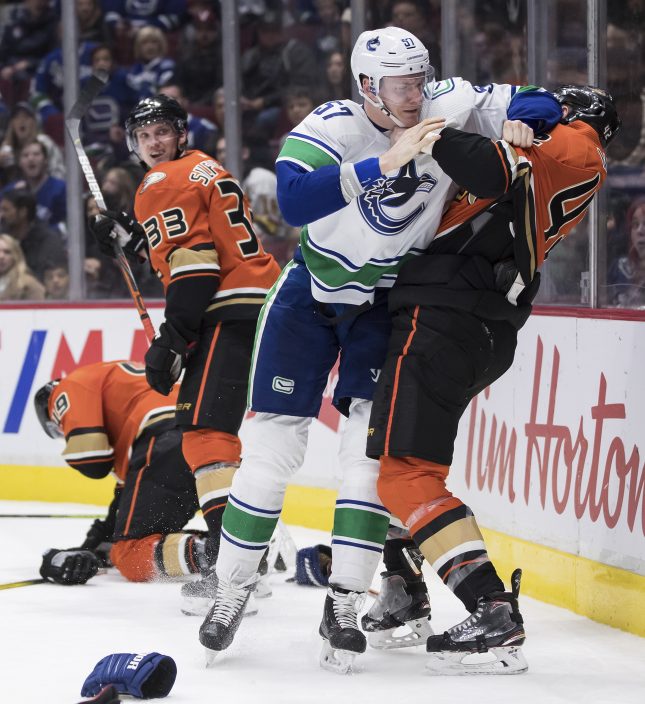 Steel put Anaheim ahead 4-1 at 5:12 of the third with a shot through a crowd of players. Guhle padded the lead at 13:44, scoring his second of the season on a 2-on-1 with Grant.

Henrique scored his second of the game on a power play at 7:25. Troy Terry fed him a pass, and Henrique notched his 20th of the season with a hard shot from the face-off circle. 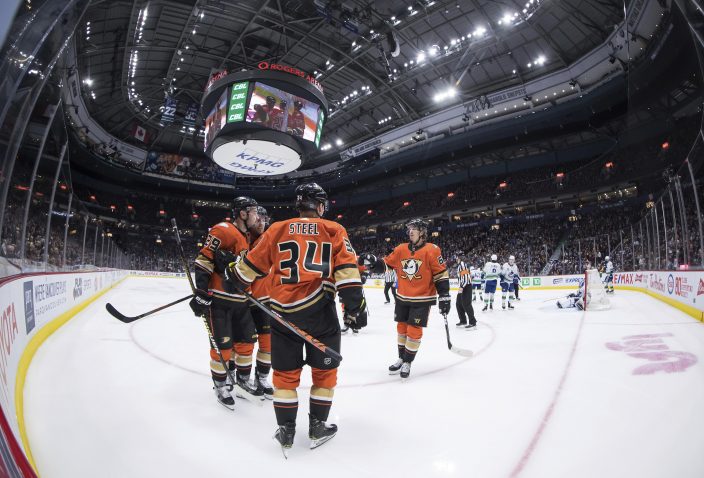 Pettersson cut into the lead at 11:00. He scored his team-leading 24th of the year with a shot from the top of the circle on a power play.

On Anaheim's opening goal at 5:38, Henrique flipped a puck in front of the net, where Stecher put his stick on the ice hoping to block it. Instead the puck hit the stick and deflected through Demko’s legs. 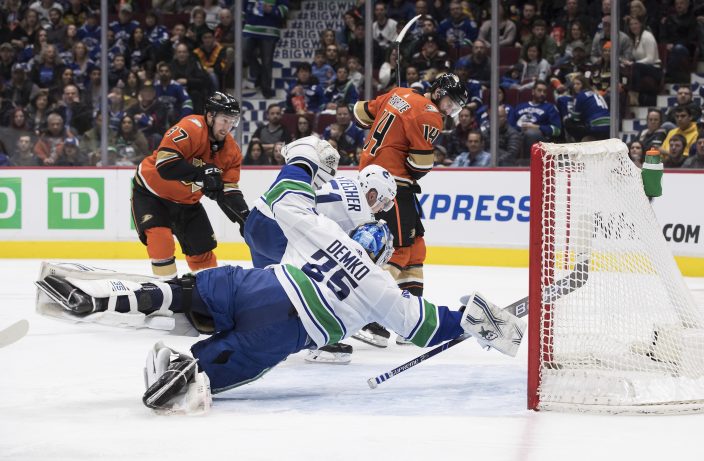 Ryan Getzlaf made a nice play on Grant’s power-play goal at 12:22. He carried the puck behind the Canucks goal, then dropped a no-look pass to Grant who had a wide-open net.

Stecher was in the penalty box after being called for unsportsmanlike conduct for complaining to the referee over a hit Nick Ritchie had laid on him.

NOTES: Canucks F Brock Boeser missed his third game with an upper-body injury. ... Vancouver F Tyler Motte returned to practice Saturday after missing seven games with an upper-body injury. ... F Nicolas Deslauriers signed a two-year contract with Anaheim on Saturday. ... To wrap up a week-long celebration surrounding the retiring of Daniel and Henrik Sedin’s numbers, the community work done by the Swedish Twins was recognized prior to the game.

Devils rally from 2 goals down, beat Canucks 3-2 in shootout