Better yet, Nashville improved to 13-11-4 at home where the Predators have struggled all season. They now have won seven of their last 10, climbing a point out of the Western Conference's second wild card. 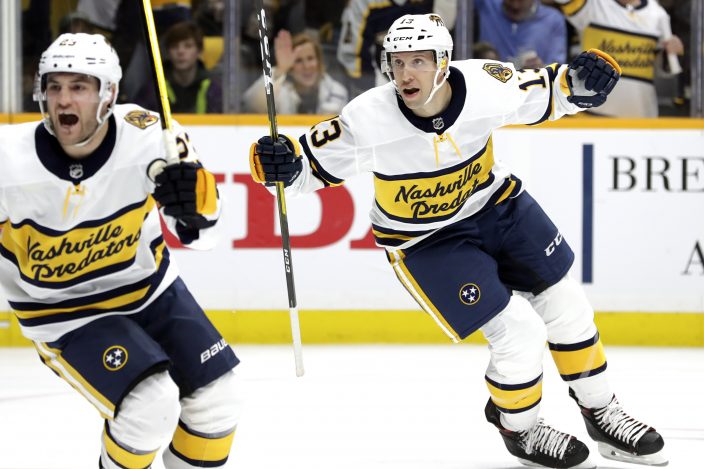 Pekka Rinne, pulled from his last start Feb. 10 in Vancouver, made 38 saves for the win. Rinne made 14 of those in the third, keeping the game tied until Filip Forsberg chased the puck along the boards. He pushed it over to Turris, who beat goalie Jordan Binnington with a wrister for his ninth of the season.

The Blues currently lead both the Central Division and the West, but they managed only one point in four games against Nashville in a shootout loss on Nov. 25. St. Louis now has lost four straight and is 2-7-3 over the last 12 games. 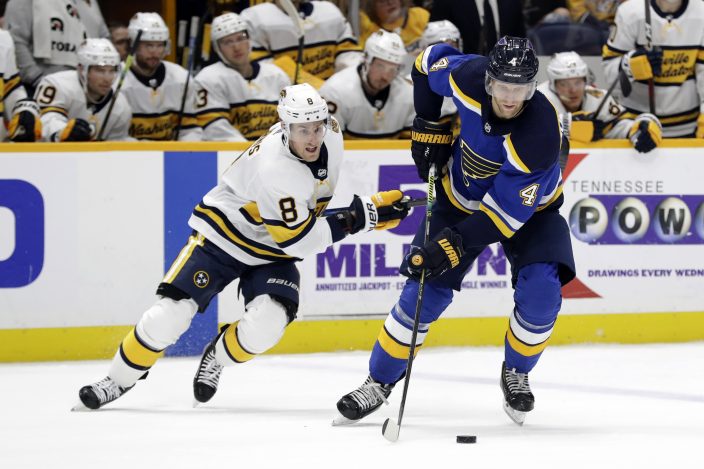 Nashville fans gave a hand to Blues defenseman Jay Bouwmeester, who's recovering after being taken from the bench Tuesday night in Anaheim to a hospital. He had a defibrillator implanted Friday to restore his heart's normal rhythm.

The Blues opened much better than Saturday in a 4-3 loss to Nashville in St. Louis when they didn't have a shot on goal for more than eight minutes. They outshot Nashville 13-6 in a scoreless first period that ended with the Predators killing a rare penalty against St. Louis.

Smith put Nashville up 1-0 with his 17th of the season at 7:55 of the second, tapping in the puck off the rebound of a shot by Rocco Grimaldi. Nashville's lead didn't last long as Bozak's shot went off the skate of Predators defenseman Dan Hamhuis as he sprawled in the crease in front of Rinne tying it at 1-all a little more than three minutes later as Blues center Jaden Schwartz slid into the net. 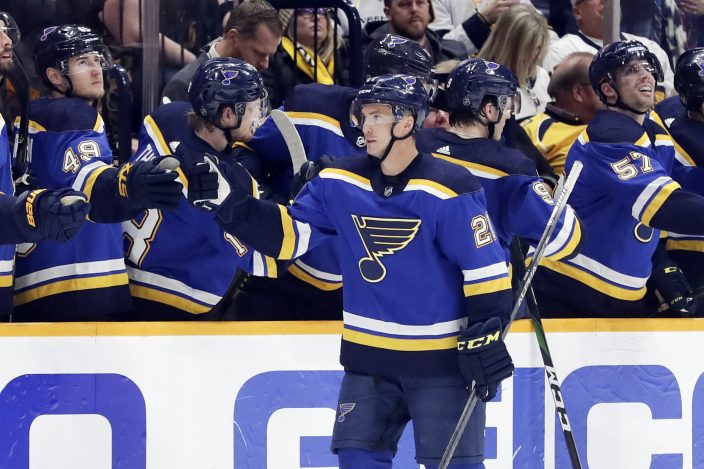 St. Louis Blues center Tyler Bozak (21) is congratulated after scoring a goal against the Nashville Predators in the second period of an NHL hockey game Sunday, Feb. 16, 2020, in Nashville, Tenn. (AP PhotoMark Humphrey)

Grimaldi had a chance to put Nashville back up, but his shot went off Binnington and the crossbar late in the second.

NOTES: The NHL has rescheduled St. Louis' game against Anaheim for March 11 and moved the Blues' home game against Florida from March 10 to March 9. Tuesday night's game was stopped at 12:10 of the first when Bouwmeester had a medical emergency. ... Willie O'Ree, the first black player in the NHL was at the game as part of the NHL's celebration of Black History Month with the league's mobile museum outside the arena. Actor Jon Hamm also was at the game. ... Predators forward Nick Bonino has eight points (3 goals, 5 assists) in his last 11 games. ... Nashville improved to 22-6-3 when scoring first and 5-3-1 when tied after two periods. 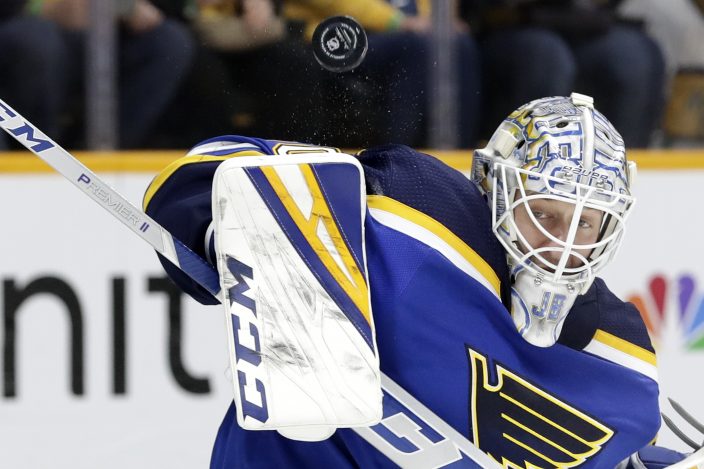 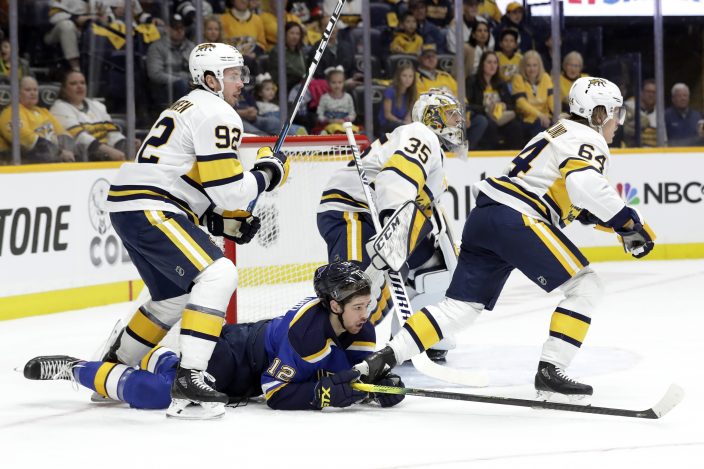 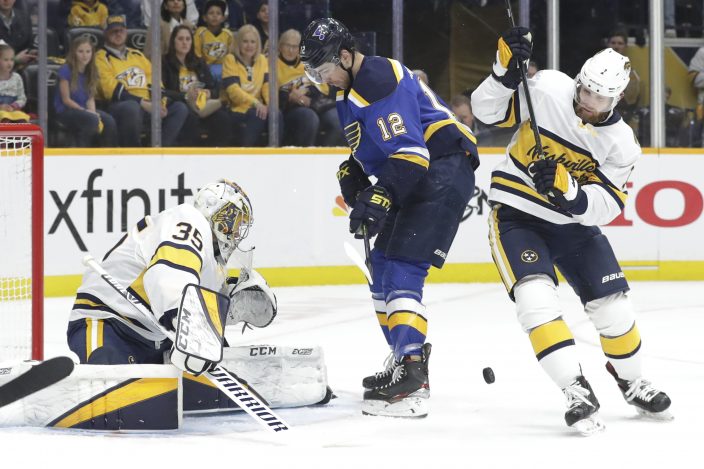