Mackenzie Blackwood made a career-high 52 saves and stopped six of seven attempts in the shootout to lead the New Jersey Devils over the scuffling Columbus Blue Jackets 4-3 Sunday night.

Nikita Gusev and Jesper Bratt scored in the tiebreaker for New Jersey, which beat the Blue Jackets for the first time in 10 meetings. The previous Devils victory over Columbus came in December 2017.

Pierre-Luc Dubois had the only shootout goal for the Blue Jackets, who dropped to 0-2-3 in their last five games. 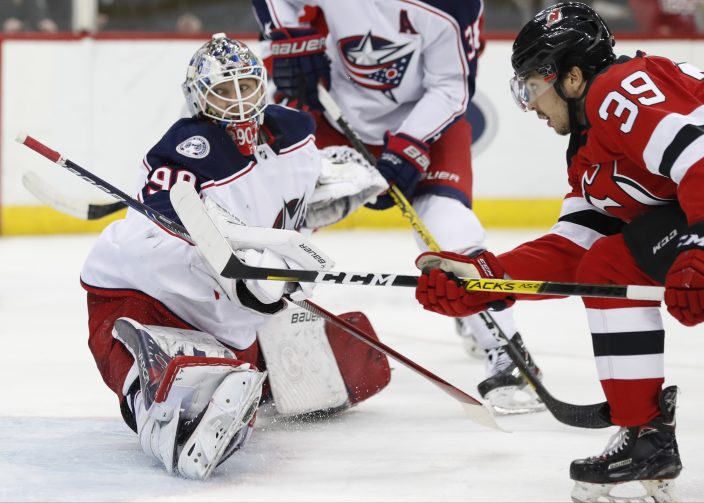 Joey Anderson, Nicholas Merkley and Kyle Palmieri scored for the Devils in regulation.

Merzlikins stopped Damon Severson and Jack Hughes twice in close in the opening 1:26 of overtime. 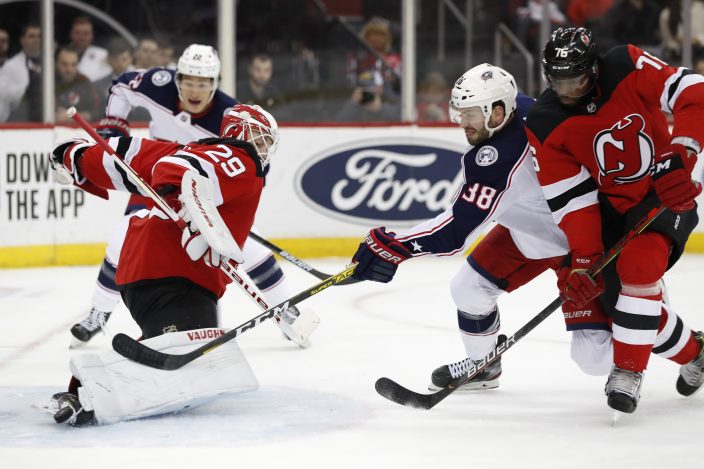 The game was played a little more than two hours after the Devils announced they had traded defenseman and captain Andy Greene to the New York Islanders for a prospect and a second-round draft pick in 2021.

In the third period, the Devils announced they sent 21-goal scorer Blake Coleman to the Tampa Bay Lightning for junior hockey prospect Nolan Foote and a first-round pick this year.

Stenlund tied it at 3, beating Blackwood in close after a New Jersey turnover at its blue line. 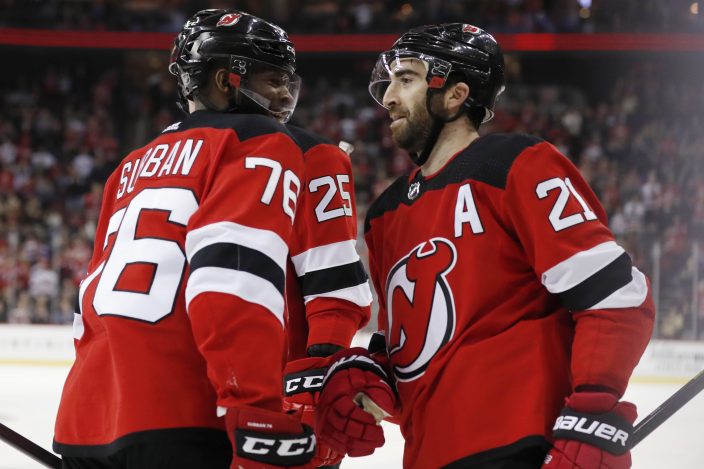 After a listless first period, the Devils scored three times in the second to take a 3-2 lead.

Anderson scored his second of the season on a shot from the right circle at 1:20. Merkley, acquired from Arizona in the Taylor Hall deal this season, got his first NHL goal on a rebound less than three minutes later to tie it.

Palmieri put New Jersey in front with his team-high 22nd goal. It came on a counterattack on a shot from inside the right circle. 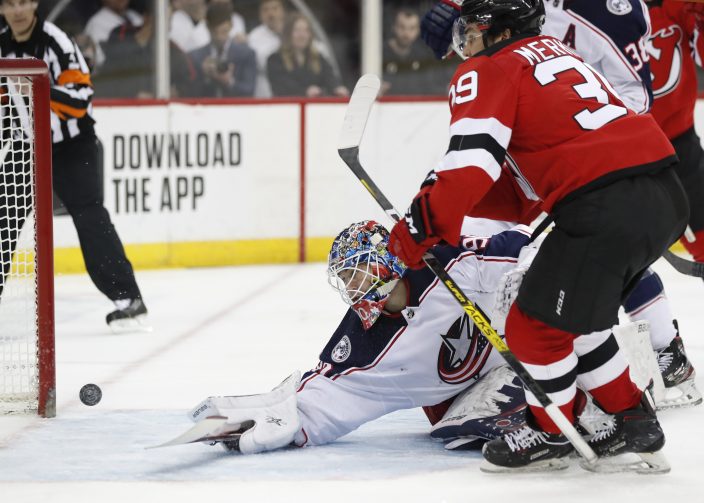 Blackwood was at his best in the second period when he stopped 20 shots, including at least a half-dozen Grade-A chances in close.

Columbus was by far the best team in the first period, taking a 2-0 lead on goals by Peeke and Werenski.

Peeke's goal on a rebound was his first in the NHL. Werenski got his 18th — tops among defensemen this season — on a shot from above the left circle. 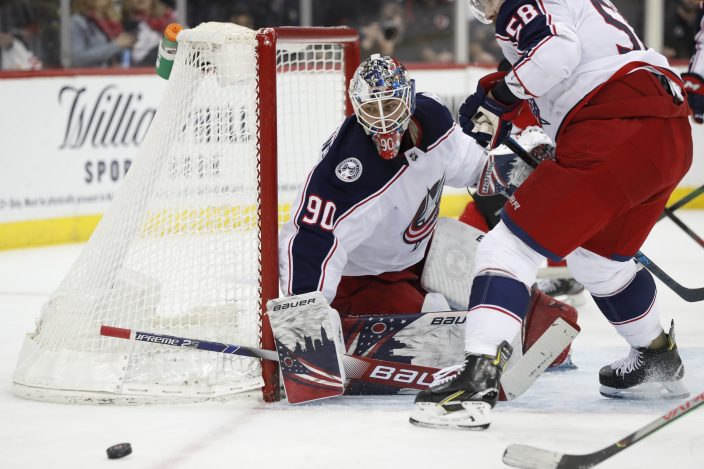 NOTES: Mirco Mueller took over Greene's spot on the top defensive pairing with P.K. Subban. ... C Nico Hischier returned to the lineup after missing six games with a lower-body injury. ... Dubois kicked a puck into the net seconds after Anderson's goal. It was quickly waved off. ... The 55 shots allowed were the most by the Devils this season.

Blue Jackets: At Philadelphia on Tuesday. 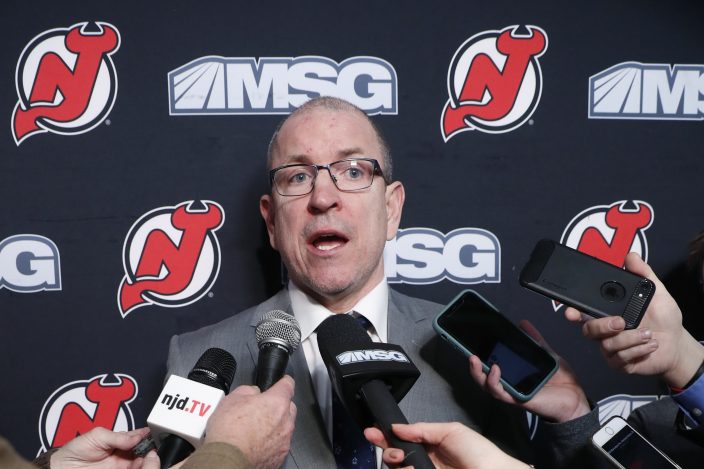 New Jersey Devils interim general manager Tom Fitzgerald anwers reporters' questions after the Devils announced that captain Andy Greene was traded to the New York Islanders, Sunday, Feb. 16, 2020, before an NHL hockey game in Newark, N.J. Greene has been a member of the Devils for his entire 14-year pro career and served as captain for the past five seasons. (AP PhotoKathy Willens)

Devils: At St. Louis on Tuesday.