Jack Eichel scored the go-ahead goal as part of a three-goal surge in a 91-second third-period span, and the Buffalo Sabres beat the Toronto Maple Leafs 5-2 on Sunday night. 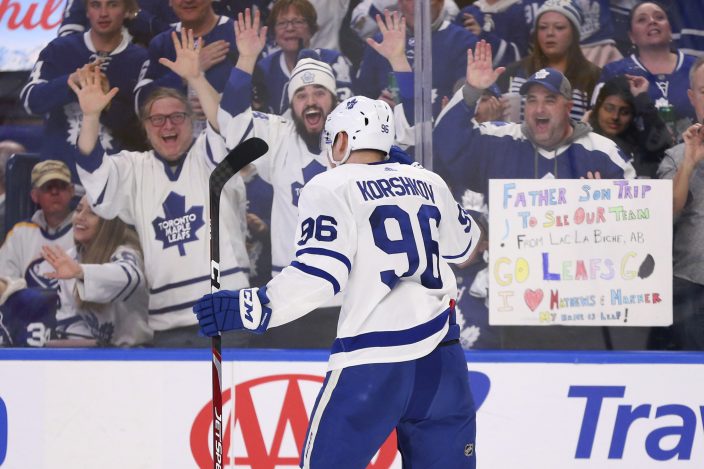 Zach Hyman scored for Toronto, as did Egor Korshkov in his NHL debut after being called up earlier in the day. Frederik Anderson finished with 31 saves in losing his second start since missing four games with a neck injury.

Toronto dropped to 7-7-3 since enjoying a 9-0-1 run. The Maple Leafs inconsistencies have led to them sinking in the standings.

With 70 points, Toronto began the day in third in the Atlantic Division, and just four points ahead of Florida. 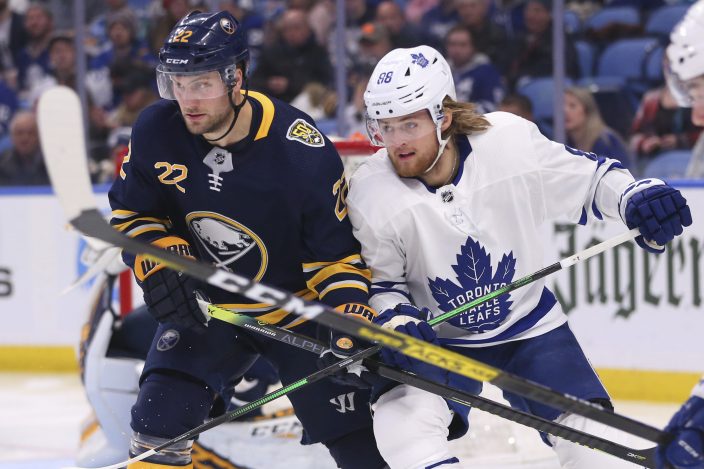 The win allowed Buffalo to move into a tie with Montreal for fifth in the division with 62 points.

Eichel, with a one-timer from the left circle, scored his team-leading 33rd at the 6:06 mark of the third period — and some four minutes after Hyman tied it by deflecting in Jake Muzzin’s shot from the left point. 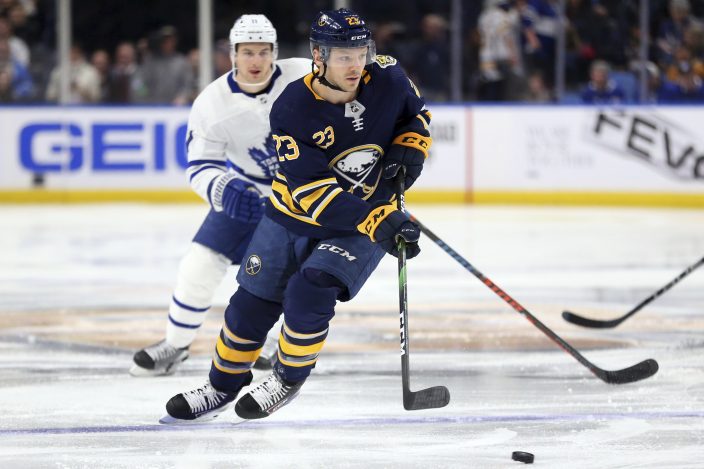 Okposo then made it 4-2 by chasing down a loose puck at the left boards, eluding defenseman Rasmus Sandin and scoring on a breakaway.

Vesey capped the surge at the 7:37 mark, after Ristolainen intercepted Hyman’s weak clearing attempt. Ristolainen drove across the front and dropped a pass to Vesey, who flipped it in the open right side.

There was a large contingent of blue-and-white jersey-wearing Maple Leafs fans who made the trip across the border. There were so many, the loudest cheer before the game came when Toronto’s Auston Matthews was announced as a starter. 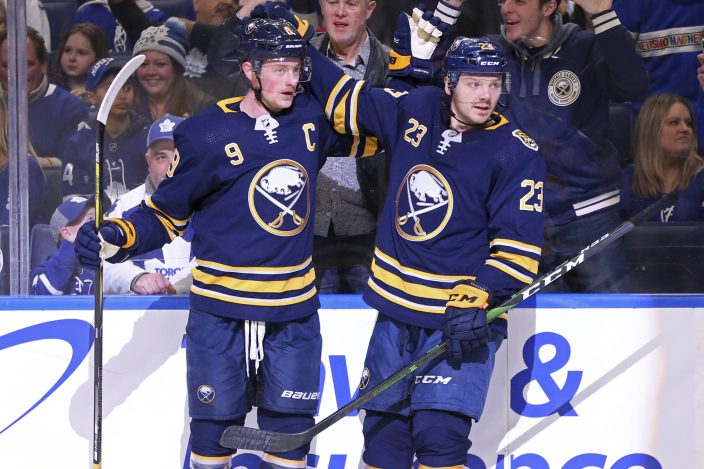 And the familiar “Go, Leafs, Go!” chants began 20 seconds into the game.

The Leafs didn’t give their faithful much to cheer about in the opening 40 minutes in trailing 2-1 and being outshot 28-12.

After failing to score on 16 shots in the opening period, Buffalo finally converted on its 17th shot, with Larsson opening the scoring 1:32 into the second period.

Andersen's best save came with 2:10 left when he first stopped Rasmus Dahlin’s shot from the left point and then got across to the other post in time to stop Vesey’s chance on a wraparound.

The puck actually bounced up in the air and landed on Andersen’s pad before dribbling back into the crease, where Marcus Johansson was foiled trying to jam it in.

NOTES: Sabres LW Marcus Johansson returned after missing one game with an upper body injury. ... Aside from Korshkov, Toronto also recalled forward Mason Marchment from AHL Toronto. ... Maple Leafs LW Andreas Johnsson, who will miss between eight and 10 weeks with a knee injury, was placed on injured reserve