A growing number of Democratic lawmakers, union officials, state leaders and party strategists agree that Bernie Sanders is a risky nominee to put up against President Donald Trump. There's less agreement about whether — and how — to stop him.

Critics of the Vermont senator, who has long identified as a democratic socialist, are further than they’ve ever been from unifying behind a moderate alternative. None of the viable centrists in the race is eager to exit the campaign to clear a path for a candidate to become a clear counter to Sanders. And Sanders is looking to Saturday's Nevada caucuses to post another win that would further his status as an early front-runner.

With fear and frustration rising in the party's establishment wing, a high-stakes math problem is emerging. It could be impossible to blunt Sanders as long as a trio of moderate candidates — former South Bend, Indiana, Mayor Pete Buttigieg, former Vice President Joe Biden and Minnesota Sen. Amy Klobuchar — stay in the race. And with former New York Mayor Mike Bloomberg pumping hundreds of millions of dollars into the swath of states that vote on Super Tuesday, March 3, the effort to stop Sanders will become even more challenging when the campaign goes national next month.

“You see this tremendous angst in the party — ‘What are we going to do?’" said Terry McAuliffe, a former Virginia governor who was also chairman of the Democratic National Committee. "We need to unify as fast as we can.”

The dynamic is complicated because each of the major moderate candidates has glaring vulnerabilities.

Biden began the campaign as a front-runner, but the aura around his operation took a hit after a fourth-place finish in Iowa gave way to a fifth-place finish in New Hampshire. Buttigieg has proved to be the most effective centrist in raising money from the party's traditional high-dollar donors, which puts him in a strong position to compete in an expensive national contest. But the 38-year-old faces linger questions about his experience and his ability to win support from black and Latino voters, a challenge that could come into greater focus if Buttigieg loses badly in Nevada and South Carolina. 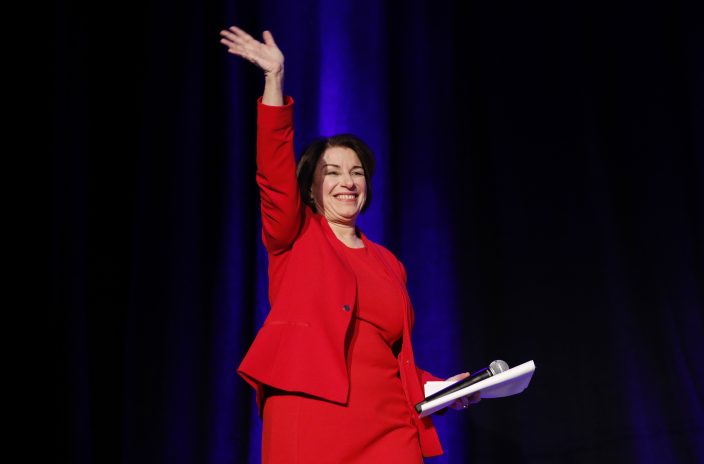 Kloubchar is newly emboldened after a third-place finish in New Hampshire, but she too has little support among minority voters and has largely run a bare-bones campaign operation.

“When you have three or four candidates in that same lane, math becomes a problem,” said Harold Schaitberger, general president of the International Association of Firefighters and a Biden loyalist, who admits being “disappointed” by Biden's bad performances and Sanders' rise.

Though the opening contests of the primary have only begun, time may quickly run out for a moderate alternative to emerge. 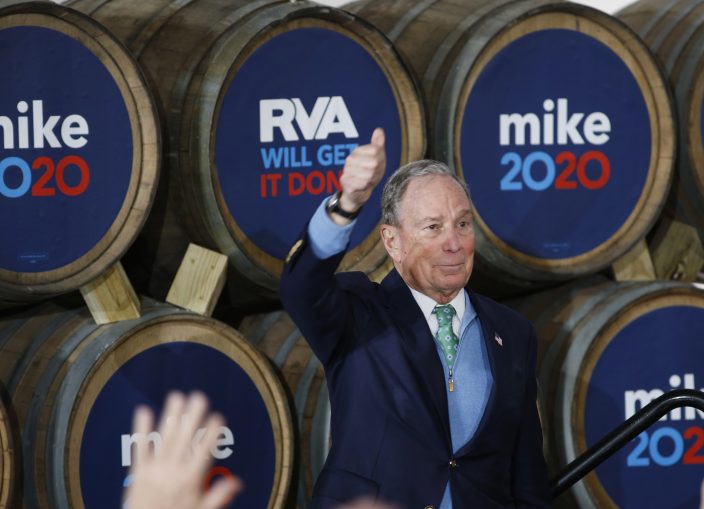 By the end of Super Tuesday, more than one third of all delegates will be awarded. Should Sanders build a significant delegate lead — and his strength in California alone makes that possible — it would be very difficult for any other candidate to catch him in the slew of state-by-state elections that follow based on the way delegates are apportioned.

“We have a lot of good candidates, but in general we’re incredibly frustrated that the field hasn’t winnowed,” said Robert Wolf, a major fundraiser for Barack Obama, who said he has donated money this cycle to more than a dozen Democrats. Sanders is not one of them.

The situation is similar to the Republican primary in 2016, when several anti-Trump alternatives divided their party's moderate vote and allowed Trump to become the nominee despite failing to win a majority of the vote in early primary contests.

There is no significant movement in the works to stop Sanders. And so long as there are a half-dozen viable candidates in the race, it may not matter if there were.

Sanders' team expects his Democratic critics and their allies to intensify their attacks in the coming weeks, although they suggest time may be on their side with Super Tuesday just two weeks away. If Sanders comes out of Super Tuesday with a 100-delegate lead, which is possible based on his popularity in California alone, they believe it would be virtually impossible for anyone to catch up before the party's national convention in July.

Sanders was showing new signs of confidence as he campaigned over the weekend in Nevada ahead of the state's caucuses next Saturday. Rallying supporters in Carson City on Sunday, he declared he could win Nevada, then California and the Democratic nomination and highlighted attempts from his rivals in both parties to stop him.

Sanders told The Associated Press last week that he was ramping up his outreach to other lawmakers and party officials who have been skeptical of his White House bid, although he offered no details. The senator has also agreed to host at least two fundraisers for the Democratic National Committee, which he had previously resisted.

Asked about the response he was getting to the establishment outreach, Sanders said: “I think we're going to do just fine.”

Yet as Sanders' strength grows in the early voting states, there is no evidence that his standing is improving among the party's skeptical political class. Several elected officials in recent days have raised concerns about his ability to beat Trump and his impact on other Democrats running for election this fall.

The competition for endorsements helps tell the story of the moderate muddle.

Over that same time, at least seven congressional endorsements have gone to Bloomberg, a 78-year-old former Republican who is threatening to become a top-tier candidate even after skipping all four February primary contests.

Steve Shurtleff, a Biden backer and the speaker of the New Hampshire House of Representatives, believes Buttigieg and Klobuchar are the new leaders in the party's moderate wing, while Bloomberg is making a case.

As for Sanders, Shurtleff noted that most New Hampshire voters supported somebody else. Indeed, Sanders won last week's primary with just 26% of the vote, a low bar made possible because his moderate alternatives split up the rest of the electorate.

Just don't ask any of Sanders' rivals to step aside.

An energized Klobuchar said in an interview that her third-place finish in New Hampshire left her "as scrappy as I was when I started.”

She shrugged off any concerns about moderates dividing the vote. And she highlighted her strengths in Nevada, where she and Biden earned the endorsement of the state's largest newspaper and may benefit from the success of female candidates. Both of the state's U.S. senators are women and the state legislature is majority female.

"I don’t think it’s as simple as two lanes," she said in an interview. “Everyone brings something else to this."

Biden in Mississippi, Sanders in Michigan before primaries

To win New Hampshire, Warren has to go through Sanders

Democrats struggle to build broad support on eve of voting

Bring on 2020: Some Democrats end year with campaign events