Lazio has an illustrious backer in its bid to end a 20-year wait for the Serie A title.

Liverpool coach Jürgen Klopp is cheering on the team, which includes two of his former players. Defender Lucas Leiva played at Liverpool and forward Ciro Immobile worked with Klopp at Borussia Dortmund.

Klopp, who is on the verge of ending Liverpool’s 30-year wait for the English title, was asked over the weekend to predict who would win the Serie A title, Inter or Juventus. 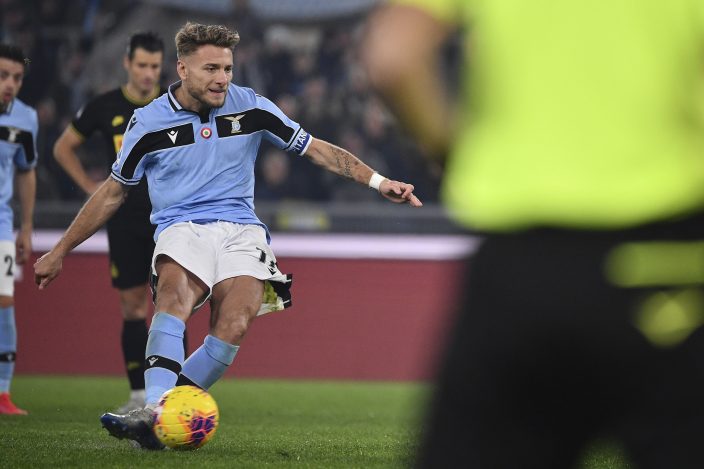 Lazio's Ciro Immobile scores on a penalty kick his side's first goal during the Serie A soccer match between Lazio and inter Milan, at Rome's Olympic stadium, Sunday, Feb. 16, 2020. (Alfredo FalconeLaPresse via AP)

“Lazio,” Klopp responded. “I think we have only one player involved in the fight, it’s our Lucas Leiva. Ciro Immobile is my former player. So I go for Lazio. I’m sorry Maurizio (Sarri), sorry Antonio (Conte). Lazio would be a big surprise probably but they play an incredible season.”

Lazio’s season grew even more remarkable on Sunday when it came from behind to beat title rival Inter Milan 1-0 and move into second place, a point behind Juventus. Inter slipped to third, three points behind the Bianconeri.

Lazio won the last of its two league titles in 2000 but the team has now beaten both Inter and Juventus this season and is currently on a 19-match unbeaten record in the league — a club record. 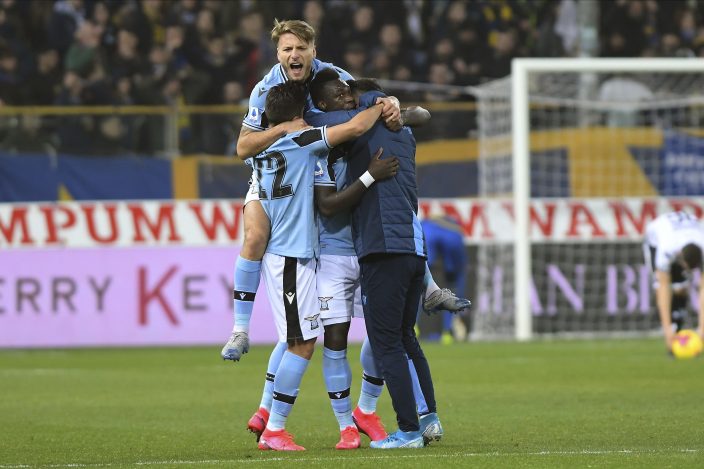 Lazio's Felipe Caicedo, center, celebrates with Ciro Immobile, top, and other teammates after scoring his side's first goal during the Italian Serie A soccer match between Parma and Lazio at the Tardini stadium in Parma, Italy, Sunday, Feb. 9, 2020 (Claudio GrassiLaPresse via AP)

Immobile has been getting most of the plaudits as the league’s top scorer, and he won and scored the penalty to make it 1-1 on Sunday.

But Lazio midfielder Sergej Milinković-Savić stole the spotlight with the winning goal. The Serbia international also hit the crossbar with a 30-yard strike.

“The expectations on Milinkovic have really increased,” Lazio coach Simone Inzaghi said. “He is a guy who works hard for the team, always willing. He scored the winning goal and people are talking about him but he has had other great matches where he hasn’t scored. He’s really important for us. 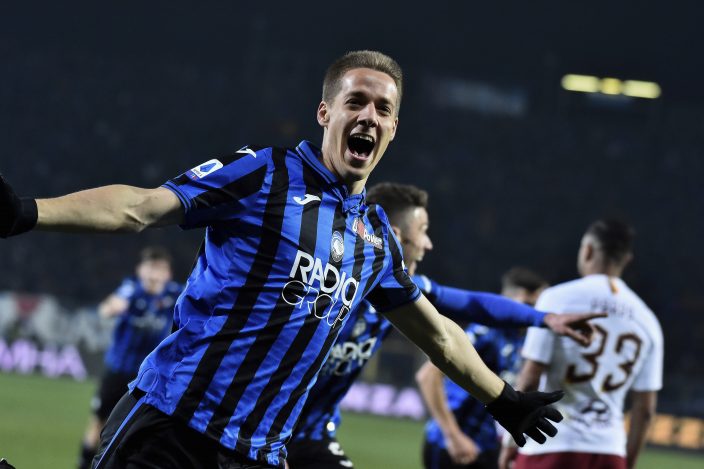 Atalanta's Mario Pasalic celebrates after scoring a goal during the Serie A soccer match between Atalanta and Roma at the Atleti Azzurri d’Italia Stadium in Bergamo, Italy, Saturday, Feb. 15, 2020. (Gianluca ChecchiLaPresse via AP)

“Sometimes people talk about our top players, and that’s right, but I think there’s a group with a really great heart so that when a player is absent you don’t feel it.”

The buzzword in the Lazio camp after the win was “family.” And it is that unity that could see the team end Juve’s eight-year stranglehold on the Serie A title.

“We showed that we are a family,” Lazio forward Felipe Caicedo said. “The group fights until the end, with heart." 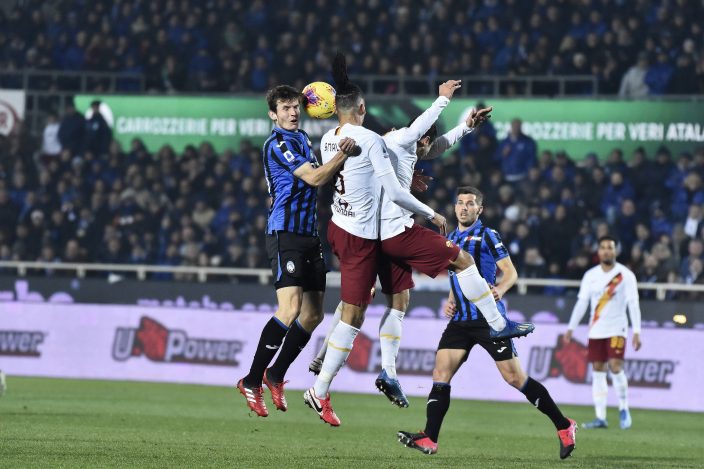 Atalanta's Marten de Roon in action during the Serie A soccer match between Atalanta and Roma at the Atleti Azzurri d’Italia Stadium in Bergamo, Italy, Saturday, Feb. 15, 2020. (Gianluca ChecchiLaPresse via AP)

Atalanta is developing a reputation as the comeback kings and it again clawed back a deficit on Saturday in a crucial match for its chances of qualifying for the Champions League again.

Atalanta fought back from a goal down to beat Roma 2-1 and extend its advantage over the fifth-place Giallorossi to six points. 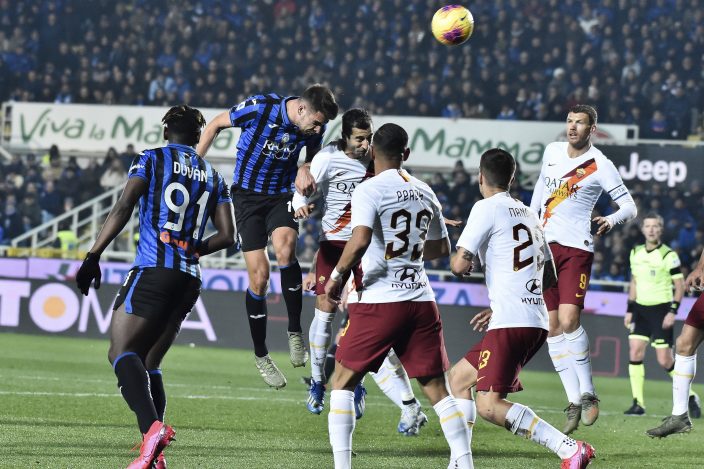 Atalanta's Berat Djimsiti competes during the Serie A soccer match between Atalanta and Roma at the Atleti Azzurri d’Italia Stadium in Bergamo, Italy, Saturday, Feb. 15, 2020. (Gianluca ChecchiLaPresse via AP)

Since Gian Piero Gasperini took charge in 2016, Atalanta has picked up 71 points from losing positions, more than any other team in Europe’s top five leagues.

And it was the ninth time this season it has come from behind to pick up at least a point.

“That’s really a lot,” Gasperini said. “But statistics have a meaning. When we are behind we remove any brake, any calculation and the team expresses itself best when it has to play with the objective of scoring, coming back, winning the match.”

Atalanta is playing in the Champions League for the first time this season. It hosts Valencia on Wednesday in the first leg of the last 16.

Lazio forward Immobile scoring at rate not seen in 61 years

Inter's mid-season slump is back as title challenge falters

Sarri sheds his stubborn style at Juventus and finds success

Ronaldo angry at coach Sarri after another substitution