In this post-impeachment era of divisiveness and deadlock in the nation’s capital, Uncle Sam has a message for top U.S. technologists:

I Still Want You.

In this Monday, Jan. 13, 2020, photograph, an array of stickers from Code For America brigades across the United States and Puerto Rico are displayed at a meeting in Denver of the group Code For Denver, a volunteer information technology assemblage. Code For Denver is one of dozens of groups nationwide in which information technology professionals volunter their expertise on projects for local municipalities and nonprofit organizations. (AP PhotoJames Anderson)

Launched after the 2013 crash of the Obama administration’s Healthcare.gov website, the USDS recruits the nation’s top tech talent for Peace Corps-style tours of duty to tackle the government’s most pressing information management and online security problems.

It has an increasingly rare distinction as an initiative supported by both the Obama and Trump administrations, according to current and former USDS staff and White House officials.

“We’ve been enthusiastic about USDS since Day One,” said Mathew Lira, a special assistant to Trump in the White House Office of American Innovation.

In this Monday, Jan. 13, 2020, photograph taken in Denver, Ryan Mohrman, an energy industry software specialist, left, joins Ariel Lasry, an information system developer, center, and coder Kelsi Hoyle in working on a volunteer program project for a charity at a meeting of Code For Denver. The organization is one of dozens of groups nationwide in which informationa technology professionals volunteer their expertise on projects for local municipalities and nonprofits. (AP PhotoJames Anderson)

But many projects continue: Enabling electronic access to health records for millions of Medicare patients and their doctors; building a robust and navigable Veterans Administration website; securing civilian agency and Defense Department websites.

“The government is incredibly short of engineers, designers and product managers,” said USDS Administrator Matt Cutts. “You can apply for a mortgage on your phone, but government services are another matter.” 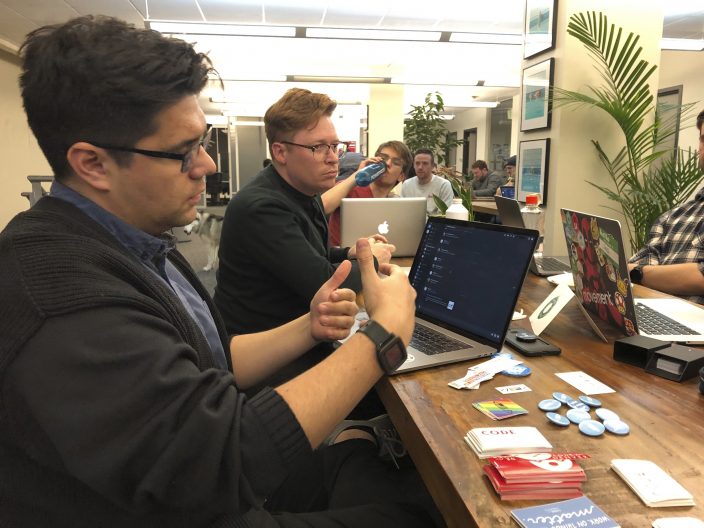 In this Monday, Jan. 13, 2020, photograph taken in Denver, software engineer David Viramontes, front, and digital strategist Patrick Collins direct a meeting of Code For Denver, a volunteer group of information technology professionals who work on projects for local municipalities and nonprofits. Code For Denver is one of dozens of such groups nationwide in which information technology professionals offer their expertise on projects. (AP PhotoJames Anderson)

The service also has spawned a growing civic tech movement assisting state and local governments as well as nonprofits.

Trump administration funding for USDS has been relatively constant. Operating out of the Office of Management and Budget, the service has grown to 180 people. Its $13 million budget has held since 2019.

In his new $4.8 trillion budget plan for the 2021 fiscal year that starts Oct. 1, Trump seeks to hold down deficits by cutting domestic programs, and the USDS isn't spared at a proposed $7 million. But officials say it's likely that the service, lauded for its work by Trump senior adviser and son-in-law Jared Kushner, won't see any funding cuts as the budget process moves forward. 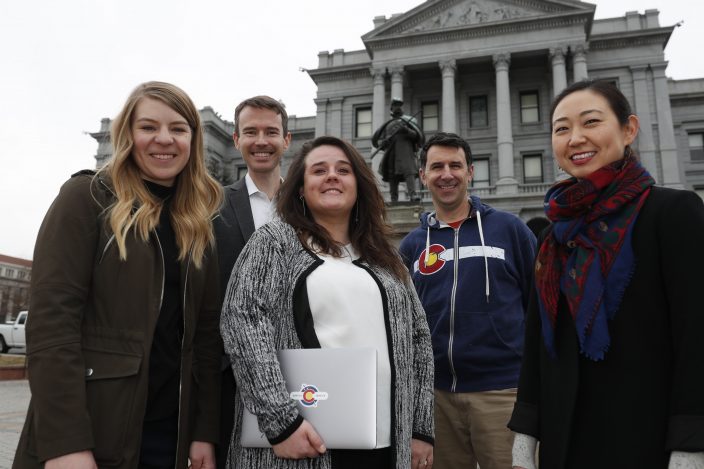 A constant challenge is convincing well-paid private sector technicians to take a two-year sabbatical for the good of the country, despite the political climate. USDS purposely limits its tours to bring in the latest talent and let it go to stay abreast of industry.

“When I started in the tech industry, I firmly believed that Google’s mission was to organize the information world,” he said. 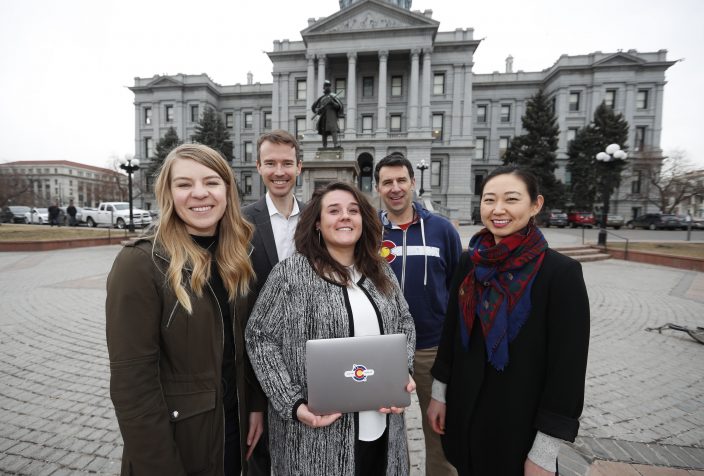 A change of heart and pursuit of purpose led him to civil service.

“Now a lot of my friends ask themselves how they can have more impact on the world,” Cutts said. “It’s something we serve in buckets at USDS.”

USDS boosters say the political transition from Obama to Trump hasn’t stopped the agency from attracting bright and dedicated tech professionals. Others are skeptical, especially at a time of internal disputes at big companies like Google and Microsoft over corporate collaborations with immigration enforcement and other federal agencies.

Chris Calabrese, vice president for policy at the Center for Technology & Democracy, said he’s concerned about how facial recognition and other technology is being deployed at the Mexican border.

“That might be a turnoff for some candidates,” even if USDS isn’t involved, he suggested.

His group backs a proposal by California Democratic U.S. Sen. Kamala Harris to authorize $50 million a year for USDS, and millions more for state and local initiatives, through 2027. The White House hasn’t taken a stand on the bill.

USDS leaders insist their mission is to help career IT staff members in government, not supplant them. Once a project is done, a code is rewritten, an application interface is created, USDS teams leave the new technology in place and move on.

“Our goal is to come in, look at the problem with fresh eyes, deal with people in government who have been banging their heads against the wall, and empower those people,” Cutts said.

Meanwhile, an increasing number of U.S. states are adopting the USDS model, including California, Colorado, New Jersey and Georgia.

“We have hired people out of the hottest tech ventures who want to make an impact with their lives, rather than help such-and-such a company make more money and sell more widgets,” said Theresa Szczurek, the state's chief information officer.

The Colorado Digital Service is replacing a 35-year-old payroll and benefits database affecting more than 30,000 state employees. It takes small programming steps and tests them before proceeding. The iterative industry practice, dubbed agile, quickly delivers new software. It saves millions of dollars by forsaking traditional all-in-one government IT contracts that hopefully will work upon delivery.

“I got to see the U.S. Digital Service from its inception,” said Polis, who served in Congress before being elected governor and who nowadays dabbles in Bitsbox coding with his son, Caspian.

“We have a great state IT workforce, and the digital service allows really elite folks to help us address public sector problems.”

Code for Denver, one of dozens of city-based brigades, draws technicians and the simply curious on Monday nights to share ideas and develop apps and websites for the community.

“It’s an addicting feeling when you do make a small change that affects a lot of people,” said brigade co-captain Patrick Collins, a 34-year-old digital designer who deployed an app allowing housing inspectors to get Colorado state credentials online.