Christin Stewart homered in the top of the 10th inning to lift Detroit to a win in its season opener last year. A few days later, Spencer Turnbull took the mound for the Tigers as the starting pitcher for their first home game.

Those are moments each player can look back on with pride, but both enter 2020 with a lot still to prove.

The Tigers are still rebuilding after losing 114 games last season, and it remains to be seen how players like Stewart and Turnbull fit into their future. Both are a little old to be considered prospects, but they're still fairly inexperienced. This year is a chance to show they can be consistent contributors at the big league level. 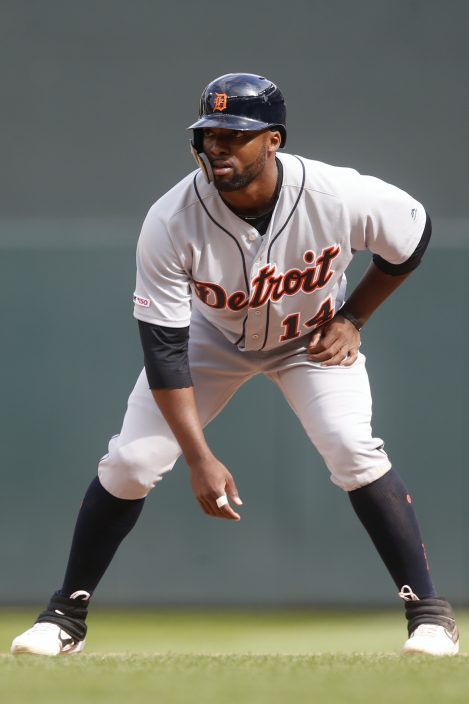 FILE - In this May 11, 2019, file photo, Detroit Tigers' Christian Stewart takes a lead at first base during a baseball game against the Minnesota Twins in Minneapolis. Christin Stewart homered in the top of the 10th inning to lift Detroit to a win in its season opener last year. A few days later, Spencer Turnbull took the mound for the Tigers as the starting pitcher for their first home game. Those are moments each player can look back on with pride, but both enter 2020 with a lot still to prove.(AP PhotoJim Mone, File)

Stewart hit at least 25 home runs for three straight years in the minors. Then last season, he played 104 games for the Tigers, batting .233 with 10 homers and 40 RBIs.

“That's going to help a lot. Having that year under my belt, it's another year facing those big league pitchers and being on the big league field out there, and being around these guys," the 26-year-old Stewart said Tuesday. "That's going to pay huge dividends in the long run.”

Stewart said he's worked hard this offseason on his mobility and flexibility. Manager Ron Gardenhire says this is a big season for the outfielder.

“Planning on him being our left fielder, but he needs to go play. He needs to get it done," Gardenhire said. "We talked about that — hold yourself accountable, we're going to hold you accountable to get it done. Start showing us that you're moving forward."

Stewart was a first-round draft pick in 2015. Turnbull was taken in the second round a year earlier. After making four appearances in the majors in 2018, the right-hander became a rotation mainstay last year.

“Going into last year, I had no idea what to expect. I was just hoping to make the team coming out of spring training,” the 27-year-old Turnbull said. “Being able to pitch the home opener was just like a dream come true. In Detroit, it's like a national holiday.”

Turnbull struck out 10 in that home opener, but last year ended up providing some lessons in perseverance. He finished with a 3-17 record, although his 4.61 ERA wasn't that bad.

“We all knew he had electric stuff,” Gardenhire said. "He's starting to grow up mentally.”

Gardenhire noted that Turnbull is trying to move past some of his idiosyncrasies.

“He's like the last guy comes out of the dugout between innings, and almost knocks me down every time," Gardenhire said. "We're trying to just get all that out of the way.”

Although Turnbull has impressed Gardenhire, he may soon be pushed by some of Detroit's top pitching prospects. Casey Mize, Matt Manning and Tarik Skubal are expected to start the season in the minors, but if all goes well, they could be in Detroit before too long. Then rotation spots would be scarce, especially if Michael Fulmer is also back from Tommy John surgery.

Stewart faces some competition as well. Detroit recently signed outfielder Cameron Maybin, who joins a group that includes Stewart, JaCoby Jones and Victor Reyes. Stewart will have an opportunity to solidify his role, but there are other options if he struggles.

“You have your highs and also you have your lows, but the thing about baseball is consistency," Stewart said. "The biggest thing is just staying mentally strong.”

AP PHOTOS: Wuhan a city in slumber before the lockdown& ...

Wuhan was released from coronaviru ...

An aerial survey of the Great Barr ...