Adam Scott knew exactly where he stood, at least at that very moment.

He was on the 18th green at Riviera, his right arm thrust in the air, a winner for the first time on the PGA Tour in nearly four years. And it felt good.

His location in the larger landscape of golf was a bit more muddled. That's why he stopped in the middle of his television interview and said at “whatever point in my career” he happened to be. 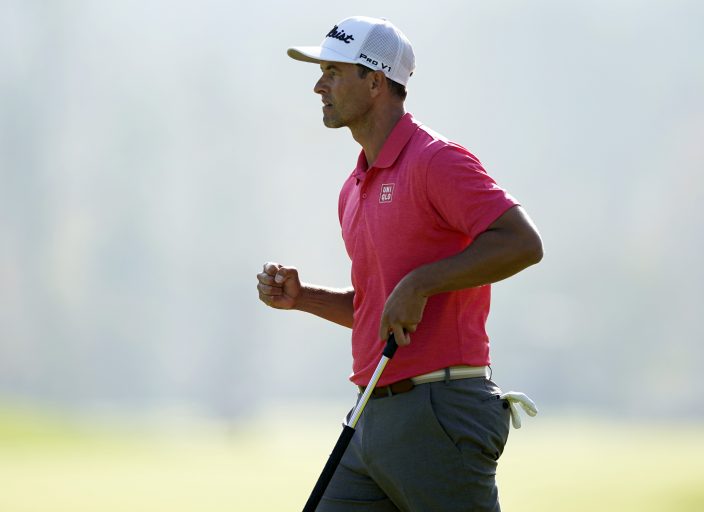 Adam Scott, of Australia, reacts after making a birdie putt on the 17th hole during the final round of the Genesis Invitational golf tournament at Riviera Country Club, Sunday, Feb. 16, 2020, in the Pacific Palisades area of Los Angeles. (AP PhotoRyan Kang)

He's still not sure in which category he belongs. He only knows where he wants to go.

And he doesn't have as much time on his side.

“Everyone tells me I'm turning 40 this year,” said Scott, who will get there at the end of July. “I don't know if they're insinuating that's kind of the beginning of the end. I don't know if that's from experience or just ... there's no doubt, the age of peaking is getting younger. There's far less dominant players in their 40s today than there was before." 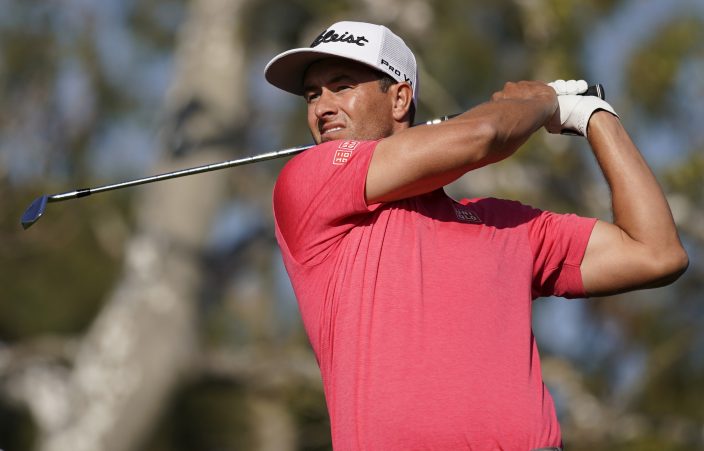 Adam Scott, of Australia, tees off on the 16th hole during the final round of the Genesis Invitational golf tournament at Riviera Country Club, Sunday, Feb. 16, 2020, in the Pacific Palisades area of Los Angeles. (AP PhotoRyan Kang)

All of which makes his return to the top 10 in the world more satisfying.

It was only 21 months ago that Scott missed being exempt for the U.S. Open by four spots in the world ranking. He headed off to sectional qualifying for the first time and made it with one stroke to spare.

Two months later, he gave Brooks Koepka a fight to the end in the PGA Championship at Bellerive and finished third, his best result in a major in five years. 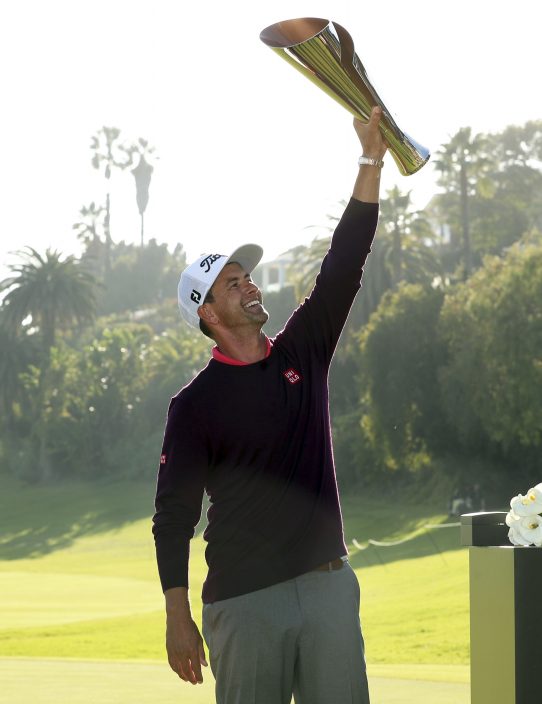 And so began another climb back, which culminated with his victory in the Australian PGA Championship a week after the Presidents Cup, and a victory in the Genesis Invitational against the strongest field in golf this year.

“I guess my perspective on it now is that the standards are pretty high if you ‘dip down’ to 75 or 80 in the world,” Scott said with an easy smile Tuesday. “It's because of guys like Tiger, who set the top level so high, and guys like Phil Mickelson, who have stayed in the top 50 in the world for 50 years or something like that, that make all of look pretty average.” 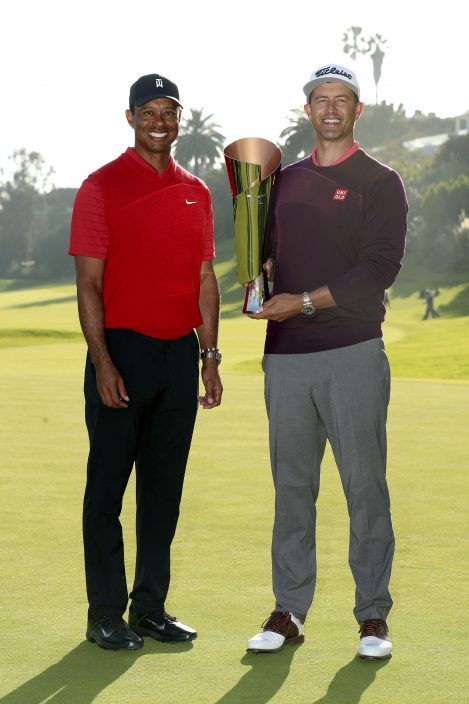 Adam Scott, right, of Australia, poses with his trophy next to Tiger Woods on the 18th green after winning the Genesis Invitational golf tournament at Riviera Country Club, Sunday, Feb. 16, 2020, in the Pacific Palisades area of Los Angeles. (AP PhotoRyan Kang)

No, this wasn't a dip experienced by the likes of David Duval or Lee Westwood or Martin Kaymer.

It wasn't where Scott belonged, either.

He remembers the first struggle — and it was his first real struggle in golf — in 2009 when he played poorly and lost confidence and “it's not easy to get that back.” Scott spoke of the panic he felt because golf had never felt that hard.

The most recent one is a little more complicated as he tried to balance playing his best with the responsibilities of being a father to a daughter, and then a son.

“I think it was more with the second kid coming along that really got my head spinning a bit,” he said. “But I have incredible support from my wife and my family. We also must remember that you're trying to play the sport at the highest level, and there's no excuses, and there's sacrifices to make.

“Just took me a little while to find the right balance between the way I used to do it and the way I needed to do it now, so that there was some kind of peace in my whole world," he said. “I don't think that's anything amazing. I think everyone deals with it in some way or another.”

He is No. 7 in the world now, coming off two straight victories two months apart. It was hard work getting back to this position, and he realizes it will only get tougher.

Scott is looking at the next five years as potentially being “my best years on tour.” He won't put a number on how many times he wants to win — Riviera was his 14th victory on the PGA Tour, 29th worldwide — but he desperately wants to add a major to his Masters title in 2013.

Two decades on tour hasn't aged him physically or between the ears. He thinks he has found balance, and now needs to stay sharp and motivated.

“It's easy to say those things, it's very hard to do,” he said. “They're pretty lofty goals, so this is a good start. It's one week out of the next five years.”

England rugby may tour Japan in October if July voided

England is considering going to Ja ...

A new case of the Ebola virus has ...