Ivan Barbashev scored twice and the St. Louis Blues snapped a season-worst five-game losing streak with a 3-0 win over the New Jersey Devils on Tuesday night.

It was the third multigoal game of Barbashev’s career and first this season. Two of those games have come against the Devils.

Jaden Schwartz also scored and Jordan Binnington made 17 saves for his seventh career shutout and second this season as the defending Stanley Cup champions and Western Conference leaders won for the first time since Feb. 4. 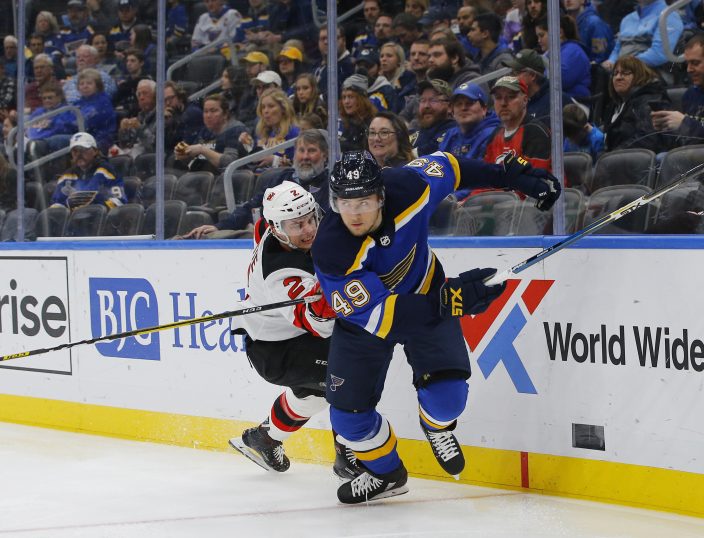 Louis Domingue made 36 saves for the Devils, who were shut out for the seventh time this season.

The Blues outshot the Devils 13-6 in the first period, but Domingue came up with several big saves to keep the game scoreless, including a stop on David Perron's one-timer early. He also gloved an Alex Pietrangelo drive midway through the period. 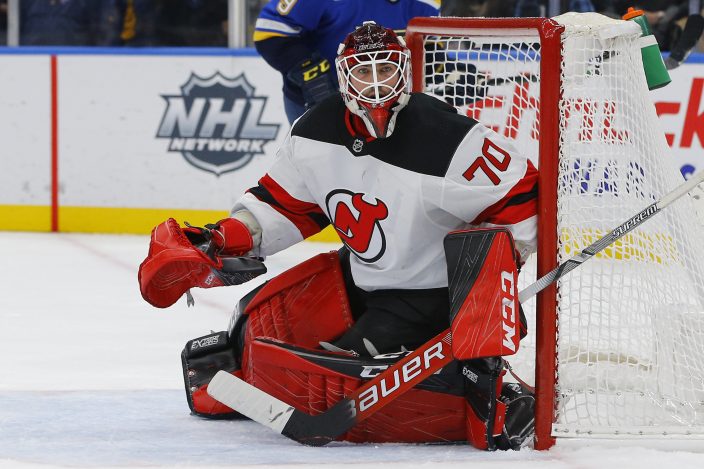 Barbashev gave the Blues a 1-0 lead on their 20th shot of the game, finding a loose puck in the slot and scoring his first goal in 13 games at the 9:21 mark of the second.

Binnington only faced 11 shots through the first two periods but came up big on Wayne Simmonds' chance with 4.8 seconds left in the second.

Barbashev gave the Blues a 2-0 lead 5:27 into the third period, finishing on a perfect feed from Sammy Blais. 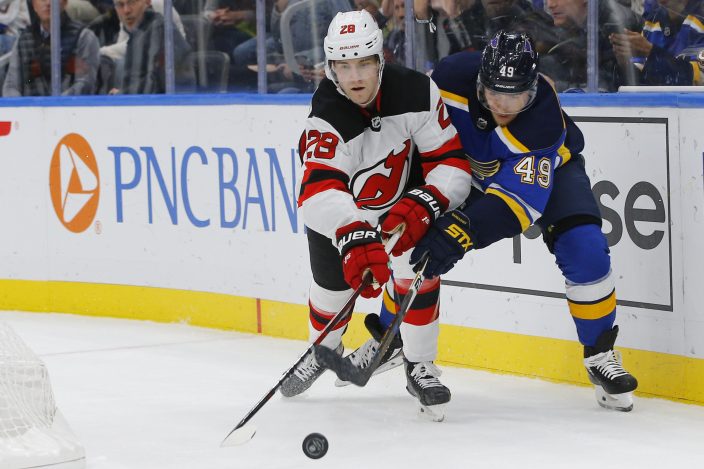 Schwartz made it 3-0 with 5:15 left, scoring his fifth goal in 10 career games against the Devils.

Binnington made several saves during a four-minute power play for New Jersey in the third and was helped when Pavel Zacha hit the post. 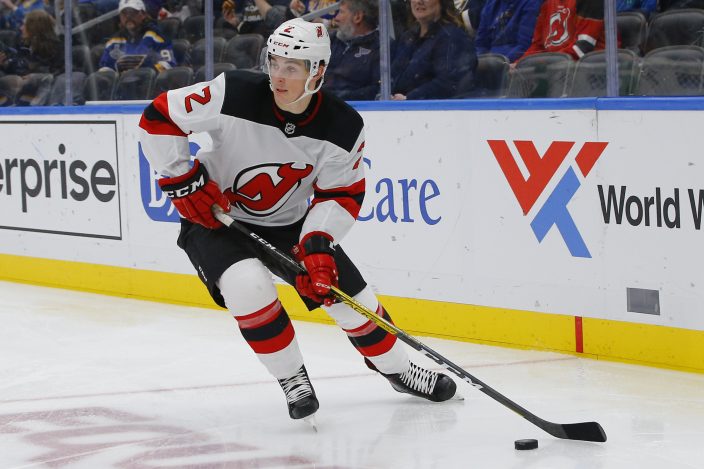 Blues defenseman Jay Bouwmeester met with his teammates during the morning skate. Bouwmeester collapsed due to a cardiac episode during the team’s game in Anaheim on Feb. 11 and had a cardioverter defibrillator implanted into his chest at UCI Medical Center in Orange County, California, where he had been hospitalized until returning to St. Louis on Sunday.

NOTES: The Blues traded a second-round pick in 2020 and a conditional fourth-round pick in 2021 to Montreal in exchange for D Marco Scandella. St. Louis also placed Bouwmeester on long-term IR and assigned D Niko Mikkola to San Antonio of the AHL. ... The Devils haven’t beaten the Blues since Jan. 21, 2014 and they haven’t won at Enterprise Center since Dec. 30, 2008. ... Blues LW Vladimir Tarasenko took part in his second morning skate since dislocating his left shoulder on Oct. 24. He is still considered at least a month away from returning. ... Devils D Sami Vatanen missed his eighth game since injuring his lower body on Feb. 1. 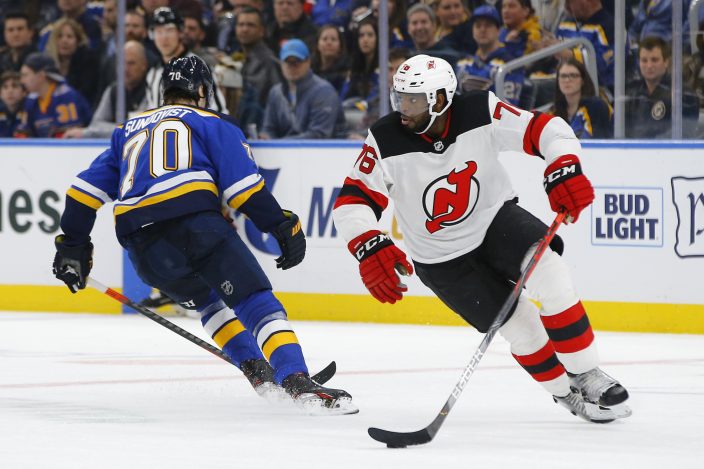 A federal judge has dismissed a la ...