Former Australian Prime Minister Tony Abbott has said the “top levels” of the Malaysian government long suspected that the disappearance of a plane almost six years ago was a mass murder-suicide by the pilot.

Abbott was prime minister when Malaysia Airlines Flight 370 carrying 239 people vanished on March 8, 2014, while flying from Kuala Lumpur to Beijing.

Australia, working on Malaysia's behalf, coordinated what became the largest search in aviation history, but it failed to find the plane before being ended in 2017. 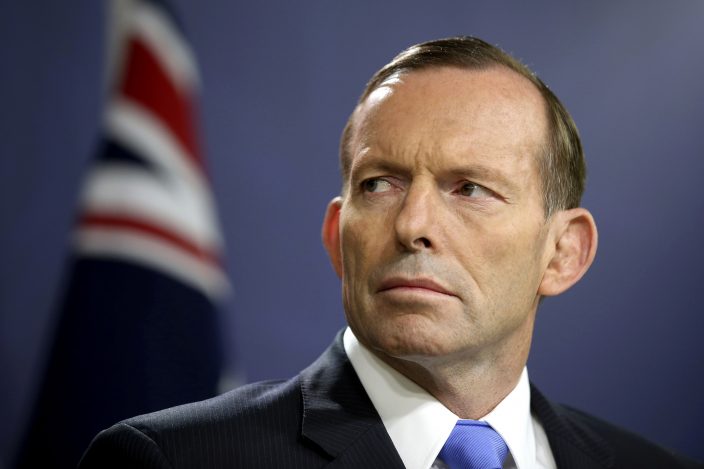 FILE - In this Sept. 19, 2014, file photo, former Australian Prime Minister Tony Abbott speaks during a press conference, in Sydney. Abbott has claimed the “top levels” of the Malaysian government long suspected the vanishing of a plane almost six years ago was a mass murder-suicide by the pilot. (AP PhotoRick Rycroft, File)

“My very clear understanding, from the very top levels of the Malaysian government is that from very, very early on, they thought it was murder-suicide by the pilot,” said Abbott, who was Australia’s prime minster from 2013-15.

“I'm not going to say who said what to whom, but let me reiterate, I want to be absolutely crystal clear, it was understood at the highest levels that this was almost certainly murder-suicide by the pilot.” 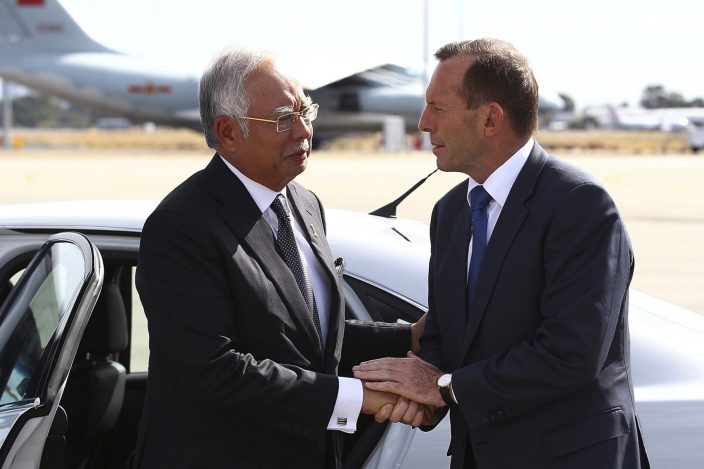 FILE - In this April 3, 2014, file photo, Australian then Prime Minister Tony Abbott, right, shakes hands with Malaysian then Prime Minister Najib Razak as Razak prepares to depart Australia after his visit during the search of the missing Malaysia Airlines flight MH370 at Perth International Airport, Australia. Abbott has claimed the “top levels” of the Malaysian government long suspected the vanishing of a plane almost six years ago was a mass murder-suicide by the pilot. (Paul KanePool Photo via AP, File)

A Malaysian-led independent investigation report released in 2018 said the plane's course was changed manually but did not name a suspect and raised the possibility of “intervention by a third party.” Investigators, however, said the cause of the disappearance couldn't be determined until the wreckage and the plane's black boxes are found.

The Malaysian Ministry of Transport did not immediately respond to questions from The Associated Press about the remarks from the former Australian leader.

Malaysia has had a change of government since the plane's disappearance, after Prime Minister Mahathir Mohamad ousted the government led by Najib Razak, whose party had ruled Malaysia since its independence in 1957.

The pilot's family has long denied he was suicidal. The 2018 investigative report said there was no evidence of abnormal behavior or stress in the two pilots and none of the passengers had pilot training.

Abbott said he did not believe conspiracy theories centered on the Malaysian government, which owns Malaysia Airlines.

“I’ve read all these stories that the Malaysians allegedly didn’t want the murder-suicide theory pursued because they were embarrassed about one of their pilots doing this. I have no reason to accept that,” he said.

Debris that washed ashore in the western Indian Ocean has been confirmed as coming from the missing Boeing 777 and indicated a broad expanse of the ocean where the plane likely crashed after running out of fuel.

Australia, Malaysia and China agreed in 2016 that an official search would only resume if the three countries had credible evidence that identified a specific location for the wreckage. Most of the passengers were Chinese.

“Let's assume that it was murder-suicide by the pilot and if there is any part of that ocean that could have been reached on that basis that has not yet been explored, let's get out and explore it,” he said.

Josh Allert’s days are a blur and ...