Jurors are returning Wednesday for a second day of deliberations in a rape trial that could send Harvey Weinstein to prison for the rest of his life.

The panel of seven men and five women had lots of questions Tuesday as they started weighing charges in the closely watched #MeToo case.

They asked for the legal definition of terms like consent and forcible compulsion and wanted to see evidence including an email Weinstein sent to a private spy agency in 2017 listing certain accusers he feared would come forward as “red flags.” 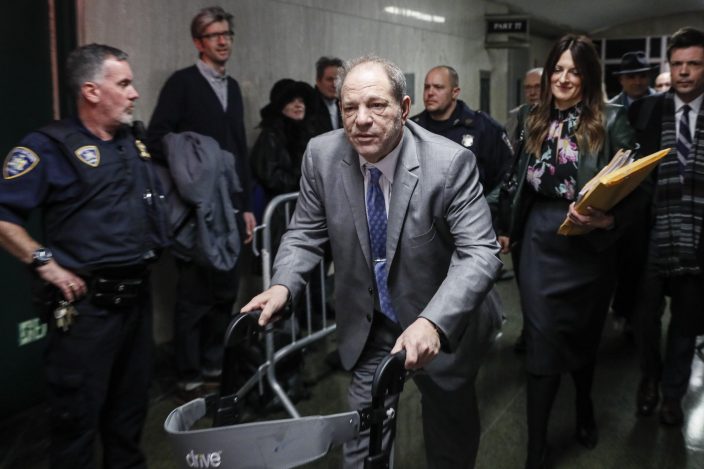 Weinstein, 67, is charged with raping a woman in a Manhattan hotel room in 2013 and forcibly performed oral sex on another woman, TV and film production assistant Mimi Haleyi, in 2006.

But the way the verdict form is designed, they’ll likely be spending a lot of time weighing actress Annabella Sciorra’s account of a mid-1990s rape.

While her allegation is too old to be charged on its own because of the statute of limitations in effect at the time, the law allows prosecutors to use her allegations as a basis for charges alleging Weinstein is a sexual predator. 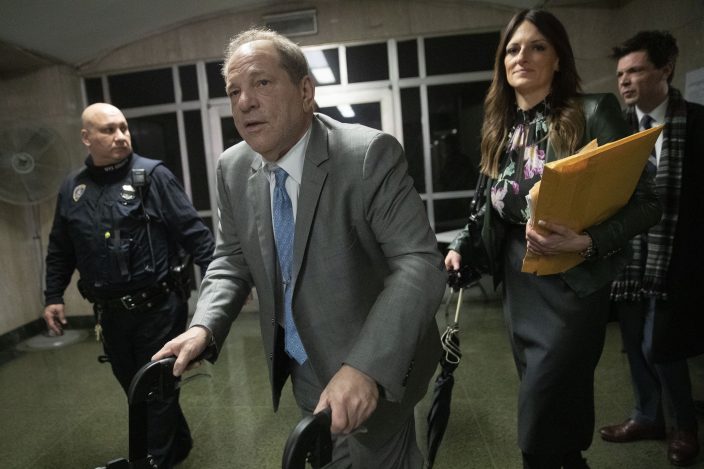 Harvey Weinstein leaves a Manhattan courthouse followed by his his lead attorney Donna Rotunno in the first day of jury deliberations in his rape trial, Tuesday, Feb. 18, 2020, in New York. (AP PhotoMary Altaffer)

That charge carries a maximum sentence of life in prison.

Early in Tuesday’s deliberations, jurors sent a note seeking clarity on why Weinstein wasn't charged with other crimes stemming from Sciorra’s allegation.

Prosecutors built their case around testimony from the women involved in the criminal charges and three other accusers who were not part of the case but were allowed to take the witness stand because they say Weinstein used the same tactics on them.

Weinstein's lawyers contend the acts were consensual. They focused on friendly, flirtatious emails some of the women sent to Weinstein and further meetings some of them had with him after the alleged assaults.