The Washington Redskins exercised Adrian Peterson's 2020 option Wednesday, keeping the veteran running back in the fold for another season.

Peterson returns to Washington for a third season and first under new coach Ron Rivera. It'll be his 14th NFL season.

“Adrian Peterson is the epitome of what it means to be a pro in this league,” Rivera said. “Adrian’s leadership and passion towards the game of football will set an example of what is expected of the players in this program moving forward.” 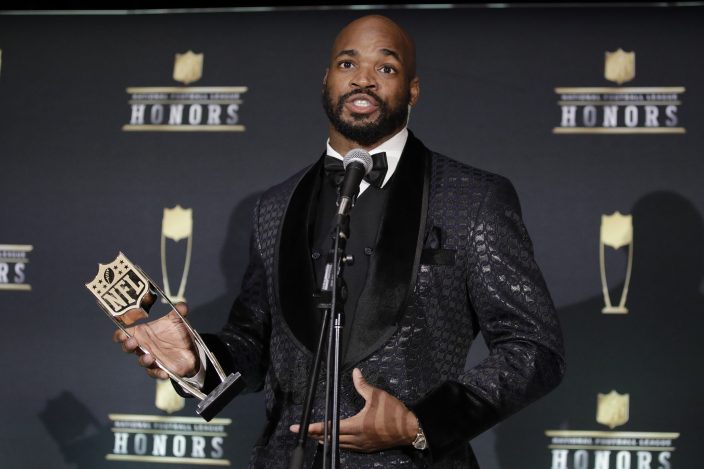 Peterson, who turns 35 in March, was the Redskins' leading rusher last season with 898 yards and five touchdowns on 211 carries. He currently ranks fifth on the NFL's career rushing list with 14,216 yards and is less than 1,100 from catching Barry Sanders for fourth.

Peterson originally signed with the Redskins in August 2018 after a season-ending knee injury to running back Derrius Guice. His 1,042-yard season led them to sign him for 2019 with an extra option year possible after that.

It's a reality now and solves one question in Washington's backfield. Third-down back Chris Thompson is a free agent who's not expected to return, but the Redskins have Guice and 2019 draft pick Bryce Love, who missed last season with injury, as expected.