Marcus Rashford's season and European Championship ambitions could be over after Manchester United manager Ole Gunnar Solskjaer said the striker will be out for at least "another few months" with a back injury.

Solskjaer initially expected Rashford to miss six weeks with the double stress fracture to his back sustained in an FA Cup replay against Wolverhampton last month.

However, he fears the England international could miss the rest of the season - and perhaps even Euro 2020. 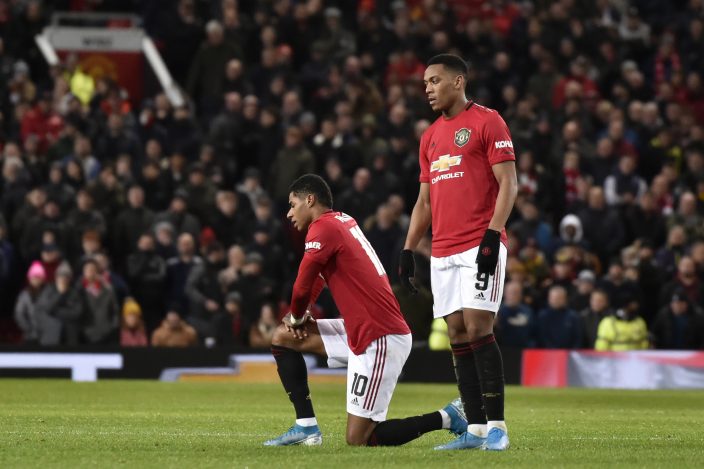 "I would hope he's playing this season but it'll just be touch and go towards the end," Solskjaer said ahead of a Europa League match against Club Brugge in the round of 32.

"So hopefully we can go through and get through this tournament and prolong the season. It takes time. I'm not a doctor, but obviously I was hoping that he would recover quicker than it actually looks like he's going to be out for. So, another few months definitely."

Asked whether he would be in risk of missing Euro 2020, Solskjaer said: "Well, I would hope that he plays before then but we're not sure. So if he's not fit enough, he won't go."

With captain Harry Kane also injured and a doubt for the Euros, Solskjaer's update will be the last thing England manager Gareth Southgate would want to hear.

Rashford had been confident of being "back before the season ends" after sustaining the injury just days after coming off against Norwich in the Premier League with a back complaint.

Asked if there had been a setback, Solskjaer said: "He had a scan and it was maybe more severe, that fracture, than what we hoped for and expected because he felt fine the few days before that.

"I've never had anatomy (classes) in school so I didn't know it just takes that time to recover. But when he recovers, when he's healed, he'll be stronger for it, so it's important that we don't rush him. And we won't do that."

Man United set to be without Marcus Rashford for weeks