The president of South American soccer body CONMEBOL has expressed his dismay at FIFA's decision to cancel a meeting of its council in Paraguay next month.

Alejandro Domínguez said in an interview with The Associated Press at CONMEBOL's headquarters on Wednesday that he was surprised by the reasoning offered by FIFA, which included concerns about long-distance travel in the middle of a viral outbreak in China, high costs and environmental issues.

The decision to move the council's meeting from Asunción back to Zurich on March 20 came shortly after a renewed alliance between the South American entity and European counterpart UEFA, who have both criticized the new format of FIFA's Club World Cup. 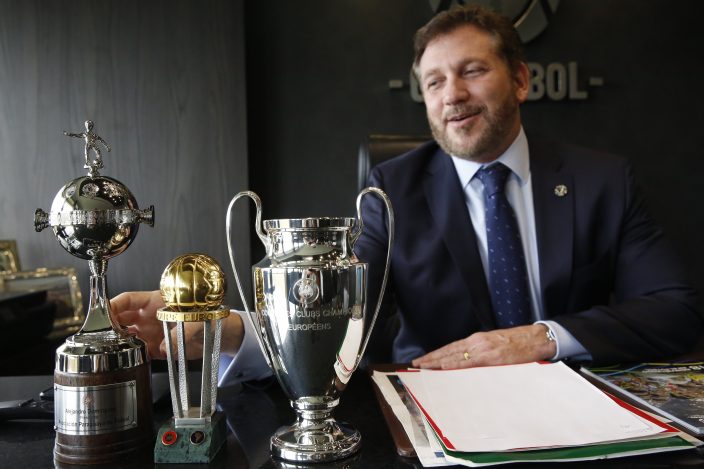 "I must tell you that the decision to suspend the meeting in Asunción of the FIFA Council took me by surprise," Dominguez said. “The arguments they gave strongly call our attention. But that is something that FIFA will have to explain."

CONMEBOL and UEFA recently started discussing a return of the Intercontinental Cup, which was played each year until 2004 between the winners of the Copa Libertadores and the Champions League. However, that would clash with FIFA plans to expand the Club World Cup to 24 teams starting in 2021, with China as host.

“I think they (FIFA) have taken too long to prepare this format,” Domínguez said. “If we think this is will happen next year and we are just around the corner, there is little time, which really looks like almost irresponsible.”

“It is an obligation for FIFA and for us to avoid mistakes that will create even bigger differences,” he added.

CONMEBOL's new agreement with UEFA also includes the possibility of South American referees being used in European Championship matches in June, with European officials working at the Copa America. Domínguez said the deal could also be extended to club competitions.

Domínguez also discussed the possibility of two rial South American bids for the 2030 World Cup. Argentina, Uruguay, Paraguay and Chile are in a joint bid for the tournament. But in September, Ecuadorian President Lenín Moreno said his country could launch a candidacy together with Colombia and Peru.

“That is an issue that could be discussed inside CONMEBOL. But I am very optimistic that we can reach a big deal,” Domínguez said.

States impose new restrictions on travelers from New Yo ...

'Officers are scared out there': Coronavirus ...

More than a fifth of Detroit's pol ...