The mayor of the South Korean city of Daegu urged its 2.5 million people on Thursday to refrain from going outside as cases of a new virus spike.

Mayor Kwon Young-jin made the request in a televised news conference after the southeastern city and its nearby towns reported 35 additional cases of infection with the new coronavirus on Thursday. 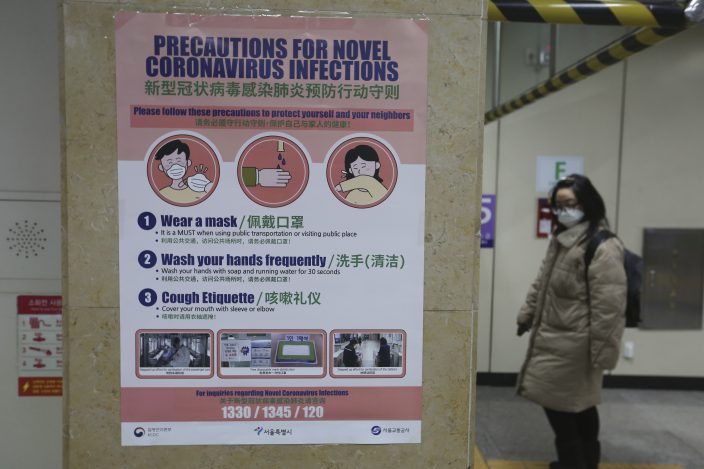 A woman passes by a poster about precautions against a new coronavirus at a subway station in Seoul, South Korea, Thursday, Feb. 6, 2020. Ten more people were sickened with a new virus aboard one of two quarantined cruise ships with some 5,400 passengers and crew aboard, health officials in Japan said Thursday, as China reported 73 more deaths and the World Health Organization appealed for more funds to help countries battle the spread of the disease. (AP PhotoAhn Young-joon)

South Korea has reported a total of 82 cases of COVID-19, a disease first detected in Wuhan, China, in December.

The two doctors spread out their c ...