Jury deliberations in Harvey Weinstein’s rape trial are set to continue for a third day on Thursday.

So far, jurors have been focusing a lot of attention on actress Annabella Sciorra’s allegation that the once-heralded Hollywood mogul raped her in the mid-1990s.

Sciorra's allegation is too old to be charged on its own because of the statute of limitations, but it's a key component of the most serious charges that jurors are weighing in the closely watched #MeToo case. 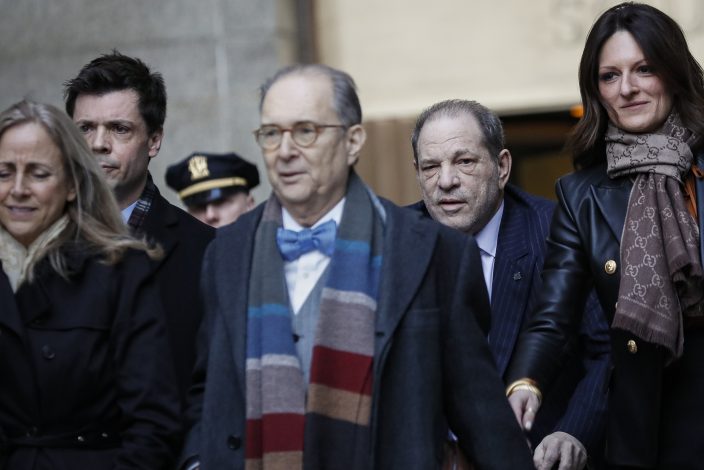 Weinstein, 67, is charged with five counts stemming from the allegations of Sciorra and two other women — an aspiring actress who says he raped her in March 2013 and a former film and TV production assistant, Mimi Haleyi, who says he forcibly performed oral sex on her in March 2006.

Weinstein has maintained that any sexual contact was consensual.

Sciorra's account is the basis for two counts of predatory sexual assault, a charge that carries a maximum penalty of life in prison. To convict Weinstein of that charge, jurors must agree on two things: that Weinstein raped Sciorra and that he committed one of the other charged offenses. 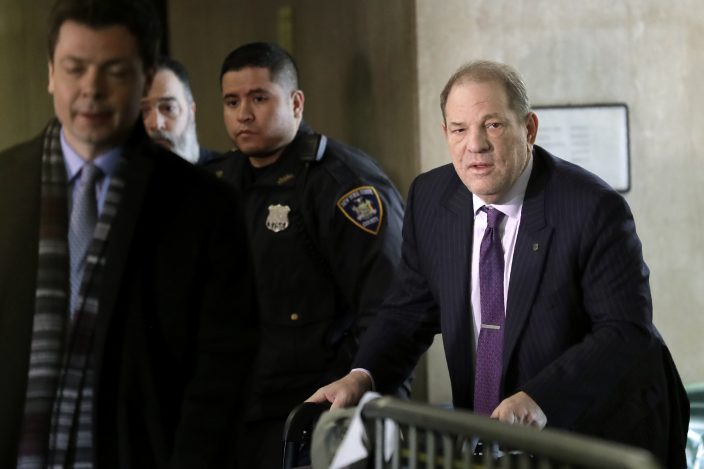 On Tuesday, signaling their interest in Sciorra, jurors sent a note seeking clarity on why Weinstein wasn't charged with other crimes stemming from her allegation, only to be told by the judge that they "must not speculate as to any other charges that are not before you.”

The panel of seven men and five women finished Wednesday's round of deliberations by revisiting actress Rosie Perez’s testimony about what she says Sciorra told her soon after the alleged rape.

Perez said her friend Sciorra had told her at some point in 1993, her voice shaking on the phone, that something had happened to her: “I think it was rape.” Perez testified that months later, on a phone call from London, Sciorra said Weinstein was harassing her and she was scared. 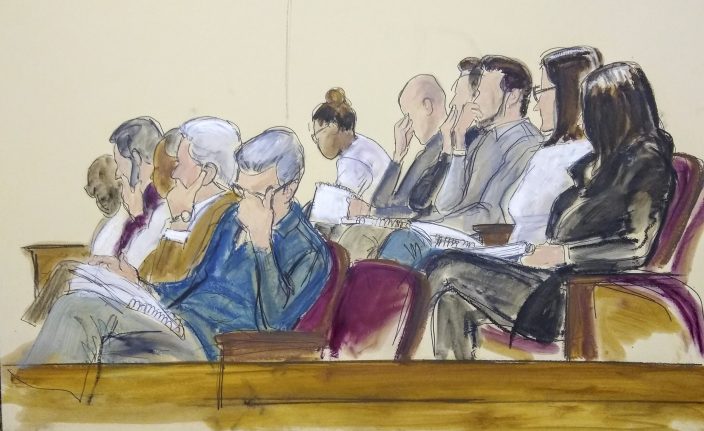 In this courtroom sketch, the jury in Harvey Weinstein's rape trial listens to a read back of Miriam Haley's testimony in Manhattan Supreme Court, Wednesday, Feb. 19, 2020, in New York. (Elizabeth Williams via AP)

“I said, ‘He’s the one that raped you,’” and they both began crying, Perez testified.

“Please go to the police,” Perez said she told Sciorra.

She said Sciorra responded: “I can’t — he’d destroy me.” 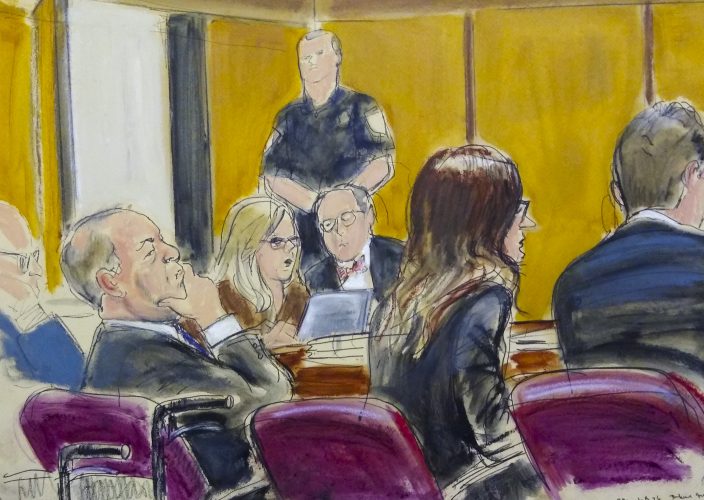 In this courtroom sketch, Harvey Weinstein, left, sits with his attorneys in Manhattan Supreme Court as the jury deliberates a verdict in his rape trial, Wednesday, Feb. 19, 2020, in New York. (Elizabeth Williams via AP)

When jurors return Thursday, they’ll see emails that Weinstein sent about Sciorra, including ones to the private Israeli spy agency he allegedly enlisted to dig up dirt on would-be accusers as reporters closed in on him in 2017.

Apple and Google launched a major ...

Jury back for second day of deliberations in Weinstein trial