He celebrated one goal in a meditation-style pose borrowed from Liverpool forward and yoga fan Mohamed Salah. 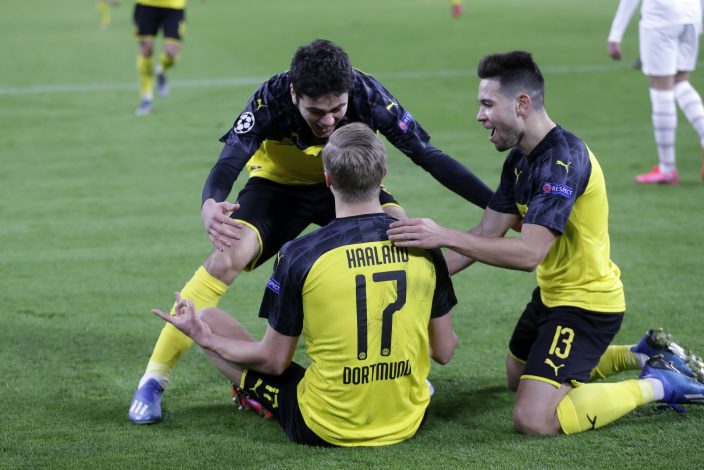 "ZENsational win," Haaland posted on Instagram alongside a picture of his celebration.

His post-game comments were modest, almost absurdly so for a player who had just beaten the likes of Neymar and Kylian Mbappe.

“I know that I have a lot to improve and you saw that today,” he said. "I have to keep working hard." 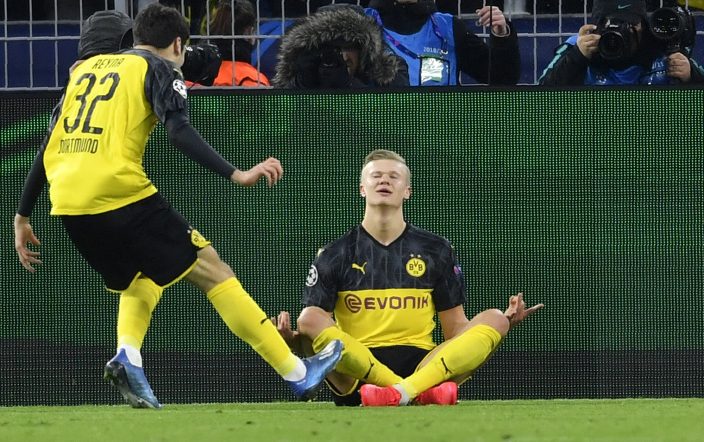 As fans partied on the streets of Dortmund into the early hours singing Haaland's name, club CEO Hans-Joachim Watzke called him "a force of nature." For PSG coach Thomas Tuchel, Haaland was "a beast."

How good can Haaland become? His home country of Norway is going wild at the thought.

It's had good players before, like the Champions League-winning left back John Arne Riise and forward Ole Gunnar Solskjaer, but they were never as dominant at such a young age as Haaland.

The teenager has scored 39 goals in 29 games so far this season, including 10 in seven in the Champions League for Dortmund and former club Salzburg. That's the best scoring run in a rookie season ever.

"I'm just delighted for him," Solksjaer said on Wednesday. "He's a top boy, an absolutely fantastic kid that you want the best for and he's started fantastically this season with Dortmund, so we just watch him.

“For Norway, it's brilliant for us that we have a striker that can score a goal again.”

Solskjaer coached Haaland when they were both at Norwegian club Molde and Manchester United tried to sign him ahead of Dortmund this season. Some fans of United saw a bit of a slight at their club — nicknamed the Red Devils — in Haaland's choice to accept the Bundesliga player of the month award wearing a shirt with the slogan “The devil is jealous of me.”

Next in line for Haaland is relegation-threatened Werder Bremen in the Bundesliga on Saturday. Werder has lost its last four games and put up little resistance against Leipzig last week, so Dortmund can be hopeful of keeping pace with league leader Bayern Munich.

Haaland's fireworks in attack, accompanied by 19-year-old Jadon Sancho and 17-year-old Gio Reyna, have distracted from another surprising shift at Dortmund. The team has learned how to defend.

Dortmund looked cool-headed and in control for the PSG game and last week's 4-0 win over Eintracht Frankfurt — a far cry from the thrilling but manic 5-3 win over Augsburg last month or its recent 4-3 loss to Bayer Leverkusen.

If Dortmund's defenders have picked up Haaland's zen-like calm, the German title may be within reach.

A truck driver charged in a crash ...