The political impasse that has paralyzed Haiti is sending its economy deeper into recession, with 4.6 million people needing humanitarian aid — and there is no immediate end in sight, the U.N. envoy for Haiti said Thursday.

Helen La Lime told the U.N. Security Council that the Western Hemisphere's poorest country is about to enter a second year with a caretaker government. She warned that the effects of the strained economy and prolonged political polarization “risk further affecting the integrity and effectiveness of key institutions, such as the Haitian National Police.”

To avoid further deterioration, she said, Haitian leaders must “rise to the occasion and commit to a way out of this impasse that will best serve the interests of their people.” 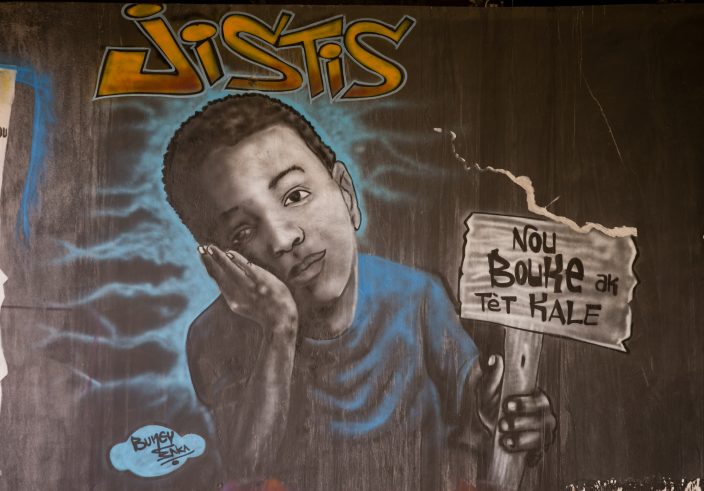 In this Feb. 12, 2020 photo, a mural shows a child with a sign that says in Creole: "We are tired of the shaved head," and "Justice," painted under a bridge that was built with money from the now-defunct Venezuelan PetroCaribe program, in Port-au-Prince, Haiti. The slogan is used against Haitian President Jovenel Moise, who has a shaved head, and the bridge became a meeting point for deadly anti-government protests. (AP PhotoDieu Nalio Chery)

Haiti has been roiled by street protests and economic stagnation for much of President Jovenal Moïse's nearly three years in office as opposition leaders demand his departure. They say he has mismanaged the economy and failed to prosecute years of unbridled corruption that siphoned billions in international aid into bank accounts overseas.

His opponents have failed, and Haiti’s parliament shut down in January because of the chaos, eliminating the check on presidential power that paralyzed Moise for years. He is now ruling by executive order.

La Lime said she has worked alongside the special representative of the Organization of American States and the Apostolic Nuncio in Haiti to try to create an environment that would resolve the crisis and “catalyze a reform effort aimed at restoring the population’s confidence in the state.” 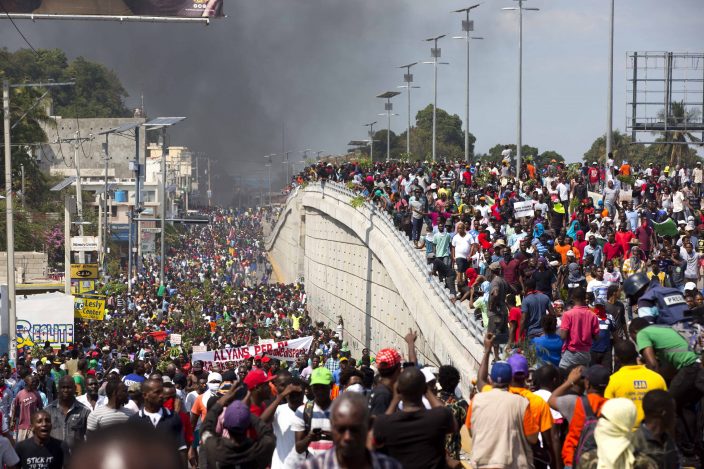 FILE - In this Feb. 7, 2019 file photo, protesters demand the resignation of Haitian President Jovenel Moise and to know how PetroCaribe funds have been used by the current and past administrations, in Port-au-Prince, Haiti. Thousands of young Haitians spent 2019 on the streets, demanding Moise resign over his government’s failure to crack down on years of unbridled corruption that siphoned billions in international aid into bank accounts overseas. (AP PhotoDieu Nalio Chery, File)

That would mean ensuring that the most vulnerable people receive much-needed basic services and laying the groundwork for timely elections, she said.

During two rounds of negotiations in mid-December and late January, La Lime said, a consensus emerged around a political agreement with four elements — criteria for forming a government, contents of a reform agenda, sequencing of a constitutional reform process, and defining an electoral calendar.

Despite progress, La Lime said, “political actors have yet to settle on a formula that would lead to the designation by President Moise of a consensual prime minister and the formation of a new government.” 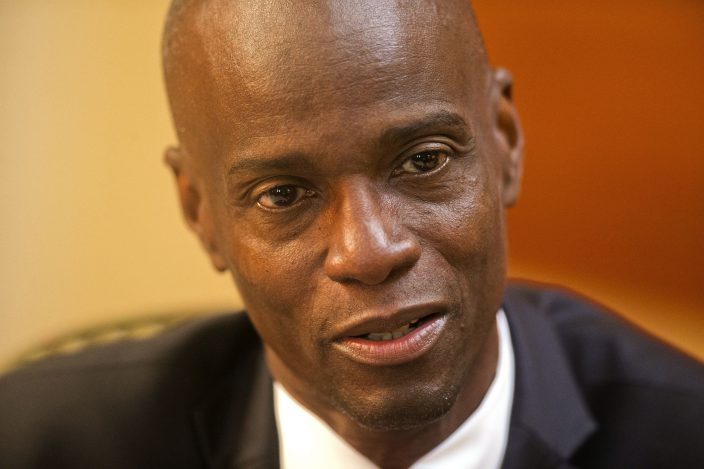 FILE - In this Feb. 7, 2020 file photo, Haiti's President Jovenel Moise speaks during an interview at his home in Petion-Ville, a suburb of Port-au-Prince, Haiti. The United States, United Nations and Organization of American States are trying to midwife a deal between Moise and his opposition that would lead to declaration of a unity government and avert a return to chaos on an island that’s seen two coups, U.S. intervention, a U.N. peacekeeping mission and a devastating earthquake in the 34 years since the end of a decades-long dictatorship. (AP PhotoDieu Nalio Chery, File)

She said the lack of agreement on this, and on the remaining length of Moise’s term, “threatens to needlessly prolong a situation that has already lasted too long.”

Even with a political agreement, La Lime said, “the road towards improved governance through systemic reform will be arduous” because of entrenched factors including high levels of poverty, pervasive gender inequality, limited access to social services, severe depletion of natural resoures and "the scourge of gangs, corruption and impunity.”

She addressed the council two days after the United Nations issued a scathing report that accused Haitian police of not protecting an impoverished neighborhood from corrupt officers and gang leaders that they said shot at people and set fire to homes and cars in a three-day attack.

The report urged local authorities to prosecute those responsible for the violence that erupted in November in the Bel Air neighborhood, a largely pro-opposition community in the capital of Port-au-Prince known for organizing anti-government protests.

La Lime noted the report by the U.N. political mission that she heads and the U.N. human rights office also makes recommendations to authorities on how to improve justice for victims, provide accountability and curb criminal gangs.

“Only through a combination of strong national will and steadfast international support can Haiti surmount the multifaceted crisis with which it is contending,” she said.