This photo gallery highlights some of the most compelling images made or published by Associated Press photographers in Latin America and the Caribbean, curated by AP photo editor Leslie Mazoch in Mexico City. 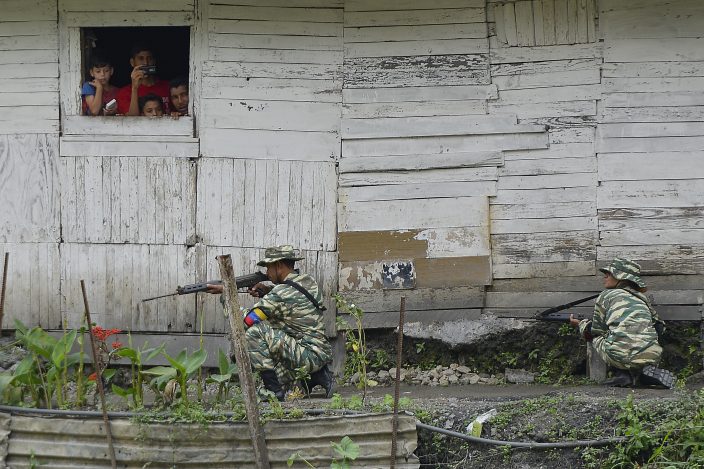 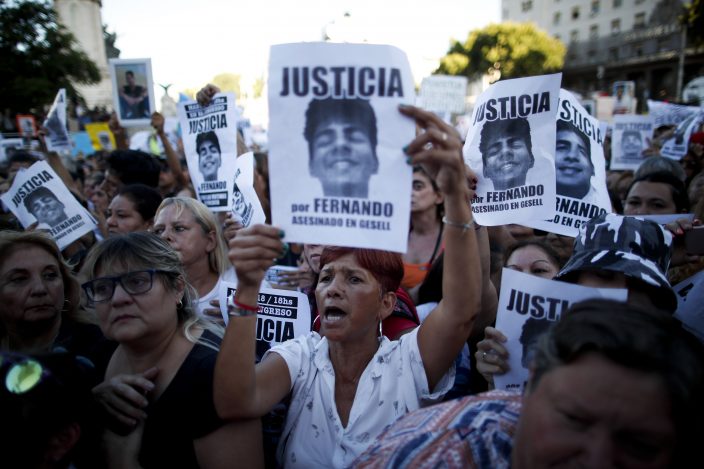 People hold posters of Fernando Baez Sosa with the Spanish message: "Justice for Fernando, murdered in Gesell", during a protest outside Congress one month after the 18-year-old's death, in Buenos Aires, Argentina, Tuesday, Feb. 18, 2020. According to an attorney on the case, Baez Sosa was beaten to death by a group of rugby players in the coastal city of Villa Gesell. (AP PhotoNatacha Pisarenko) 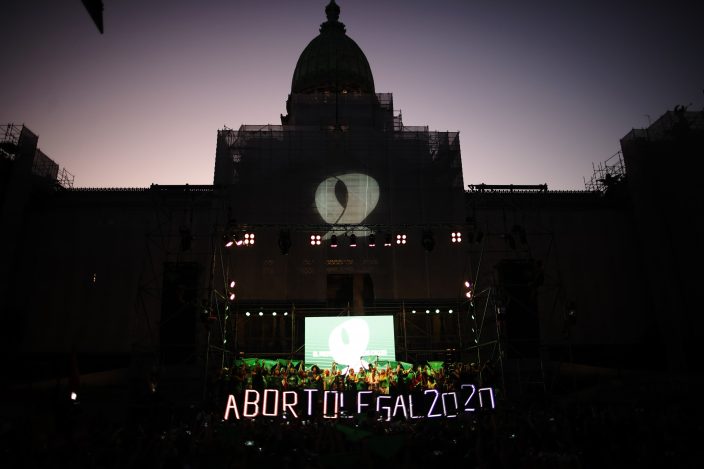 Abortion-rights activists, including feminist groups from the U.S. and Chile, demonstrate in favor of decriminalizing abortion, outside Congress in Buenos Aires, Argentina, Wednesday, Feb. 19, 2020. Waving their iconic green handkerchiefs, the demonstrators are demanding the issue be included in this year's parliamentary agenda. (AP PhotoNatacha Pisarenko) 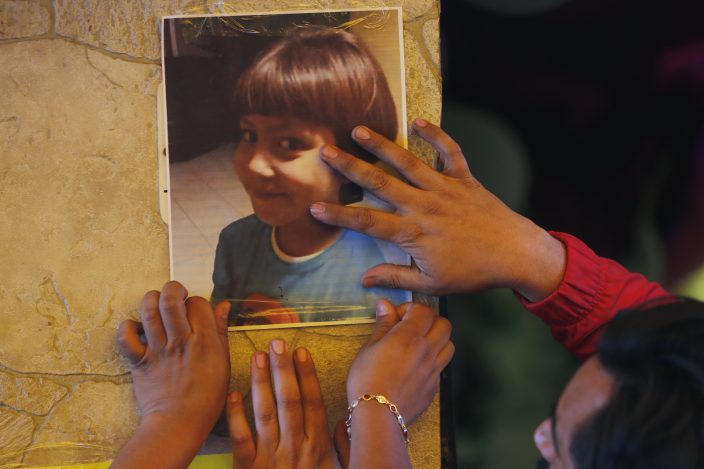 Relatives post a photo of Fatima, a 7-year-old girl who was abducted from the entrance of the Enrique C. Rebsamen primary school and later murdered, at her home in Mexico City, Monday, Feb. 17, 2020. The girl's body was found wrapped in a bag and abandoned in a rural area four days after her kidnapping and was identified by genetic testing. (AP PhotoMarco Ugarte) 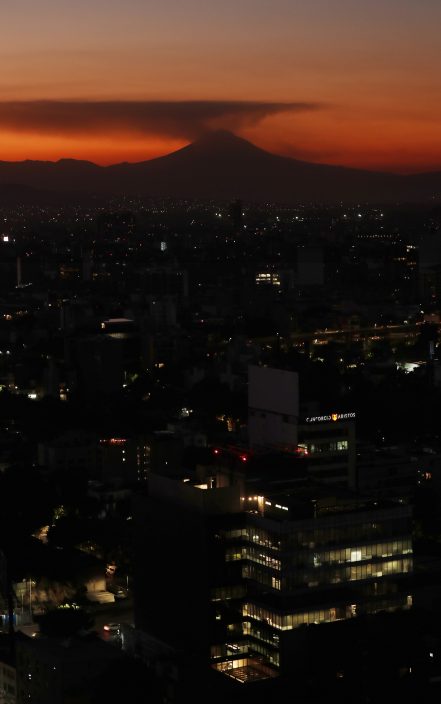 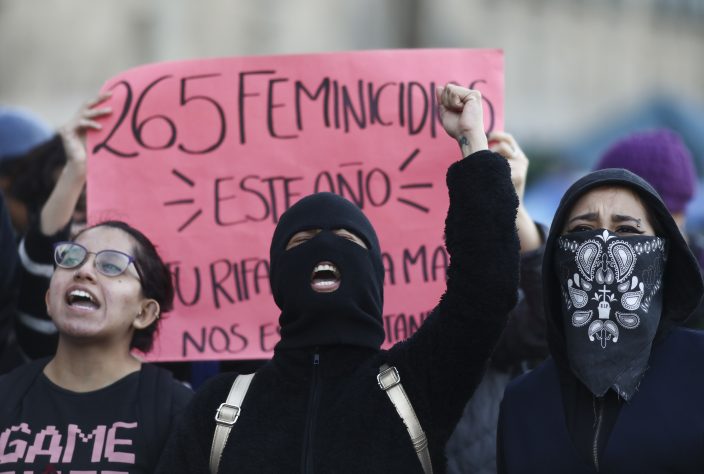 Women shout during a protest against gender violence outside the National Palace that includes the presidential office and residence, in Mexico City, Tuesday, Feb. 18, 2020. The killing of a 7-year-old girl on the southern outskirts of Mexico City has stoked rising anger over the brutal slayings of women, including one found stabbed to death and skinned earlier this month. (AP PhotoEduardo Verdugo) 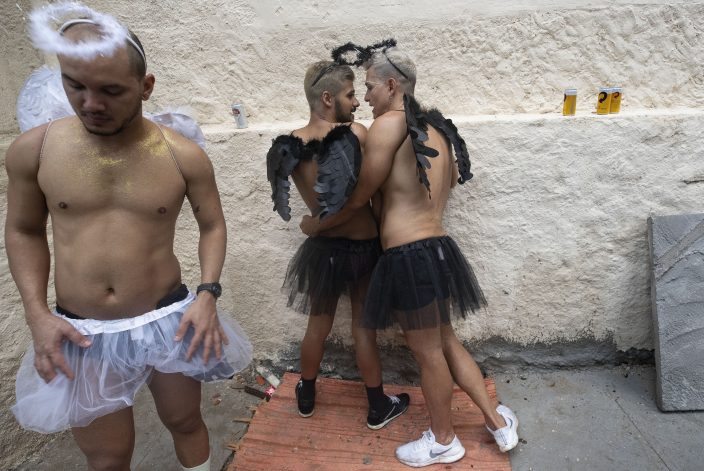 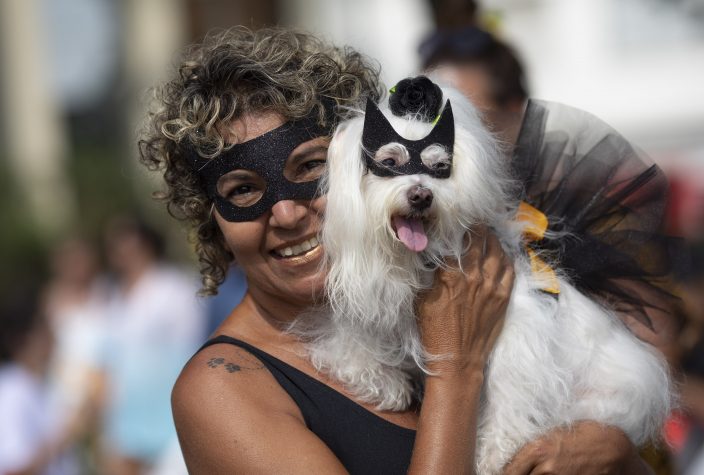 Salvadoran police take a break in front of a mural of an injured dove, symbolic of broken peace, and parents grieving for their son killed during the country's 12-year civil war, near Congress in San Salvador, El Salvador, Sunday, Feb. 16, 2020. El Salvadoran President Nayib Bukele is involved in a showdown with congress as he attempts to force them to accept a multimillion dollar loan for his ongoing security plan. (AP PhotoSalvador Melendez) 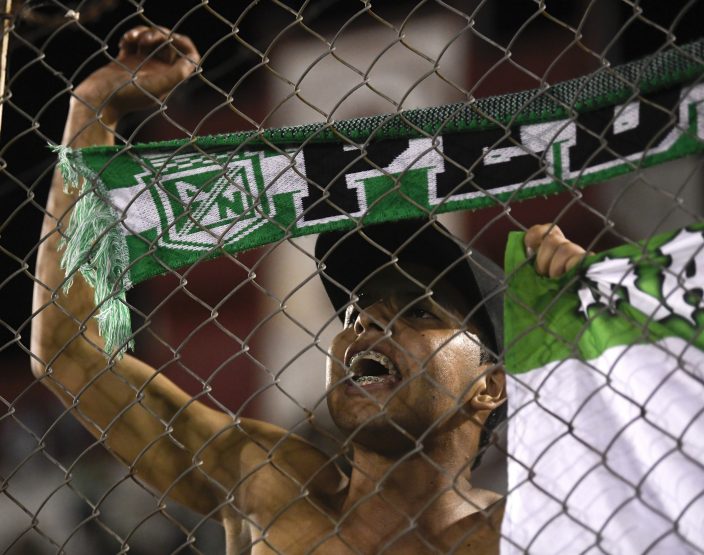 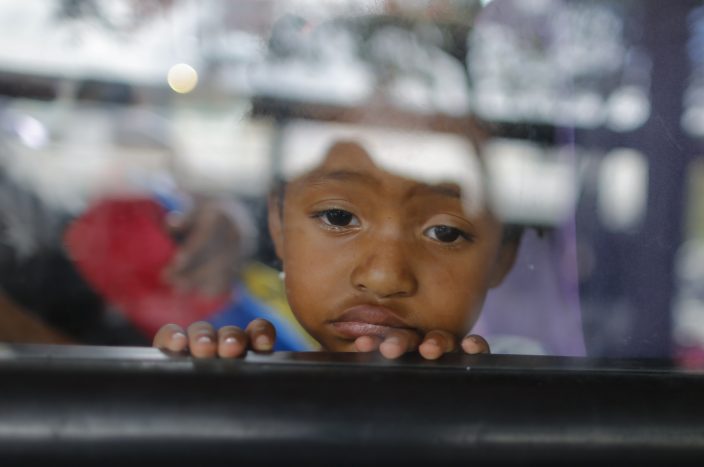 A girl peers from a bus window in Caracas, Venezuela, Wednesday, Feb. 19, 2020. Families have been split up with at least 4.5 million Venezuelans fleeing crumbling public services. Many of those staying behind don't have reliable running water and electricity. (AP PhotoAriana Cubillos)