Thousands have gathered in cities across Germany to hold vigils for the victims of a racially motivated shooting, amid growing calls for authorities to crack down on far-right extremism.

A 43-year-old German man shot dead nine people of immigrant background in the Frankfurt suburb of Hanau Wednesday before killing his mother and himself. The man, identified as Tobias Rathjen, left a number of rambling texts and videos espousing racist views and claiming to have been under surveillance since birth.

The attack came amid mounting concern about far-right extremism reflected in earlier attacks and the rise of the anti-migrant party Alternative for Germany, or AfD. 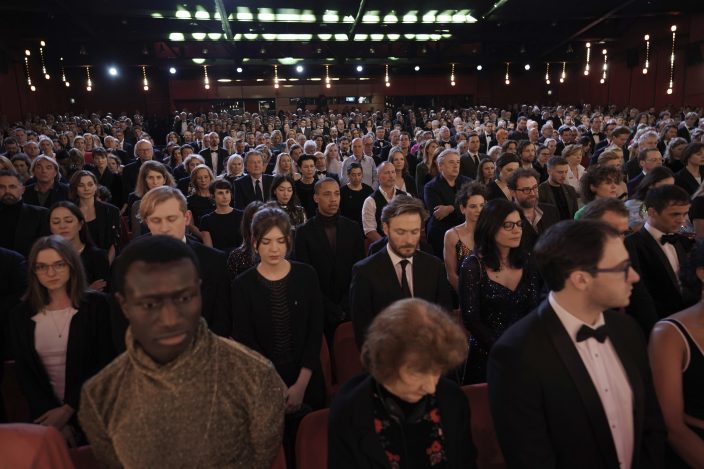 The audience stands during a minute's silence for the victims of the attack in Hanau at the opening ceremony of the 70th International Film Festival, Berlinale, in Berlin, Thursday, Feb. 20, 2020. The Berlinale opens with the film "My Salinger Year". (Michael Kappelerdpa via AP)

A top official in the center-left Social Democrats, a junior partner in Chancellor Angela Merkel's governing coalition, accused AfD of providing ideological fodder to people like the Hanau shooter.

“One person carried out the shooting in Hanau, that's what it looks like, but there were many that supplied him with ammunition and AfD definitely belongs to them,” Lars Klingbeil told public broadcaster ARD on Friday.

Parts of AfD are already under close scrutiny from Germany's domestic intelligence agency. The party has rejected all responsibility for far-right attacks, including the anti-Semitic attack on a synagogue and the killing of a regional politician last year. 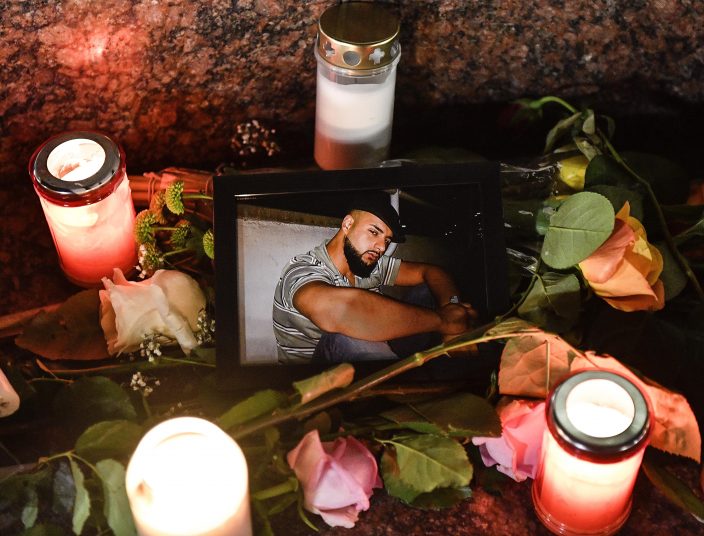 A photo is placed between candles and flowers at a monument after a vigil for the victims of the shooting in Hanau, Germany, Thursday, Feb. 20, 2020. A 43-year-old German man shot and killed several people at several locations in a Frankfurt suburb overnight in attacks that appear to have been motivated by far-right beliefs, officials said Thursday. (AP PhotoMartin Meissner) 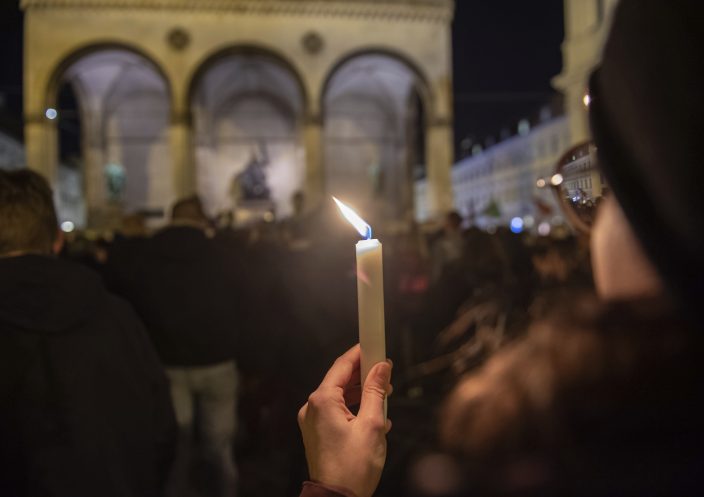 A woman holds a candle during a vigil in Munich city centre, Germany for the victims of the Hanau shooting. A 43-year-old German man who posted a manifesto calling for the "complete extermination" of many "races or cultures in our midst" shot and killed several people of foreign background on Wednesday night, most of them Turkish, in an attack on a hookah bar and other sites in a Frankfurt suburb, authorities said Thursday. (Peter KneffelDPA via AP)

A storm in the Arabian Sea off Ind ...

Lebanon-born man dies after being shot in Berlin