Luka Doncic nearly had a triple-double, finishing with 33 points, 10 rebounds and eight assists, and the Dallas Mavericks cruised past the Orlando Magic 122-106 on Friday night.

Maxi Kleber added a career-high 26 points off the bench as the Mavericks improved to 19-8 on the road this season. They won just 18 road games combined the last two seasons. 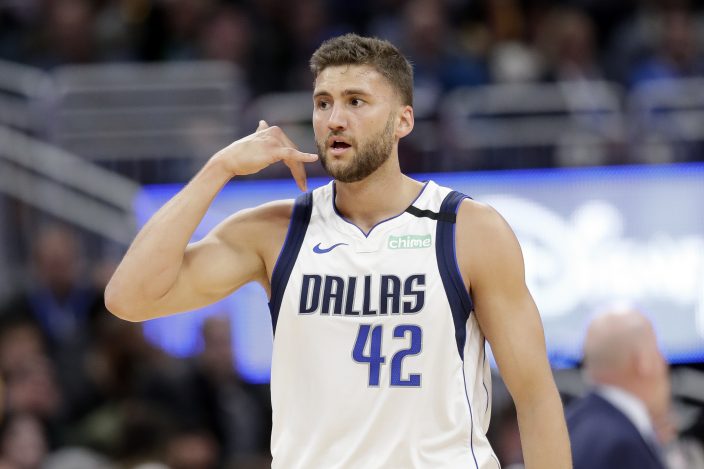 Dallas Mavericks forward Maxi Kleber gestures after making a three-point basket against the Orlando Magic during the second half of an NBA basketball game, Friday, Feb. 21, 2020, in Orlando, Fla. (AP PhotoJohn Raoux)

Evan Fournier led Orlando with 28 points. Nikola Vucevic had 27 points and 12 rebounds, and Terrence Ross scored 19 points for the Magic, who were doomed by another dismal shooting night. Orlando made just 9 of 43 attempts from 3-point range and shot just 39% from the floor.

The Magic trailed by 18 in the first half, but surged ahead behind Fournier's 18 points in the third quarter. The shooting guard hit four of his first five shots to spark a 17-4 run in the first 5 minutes of the second half. His driving, baseline layup gave Orlando its first lead of the game, 69-68.

That one-point advantage lasted one possession and turned out to be Orlando's lone lead of the game. Porzingis drained a 12-footer to put Dallas back in front, and the Mavericks extended the lead to 91-84 by the end of the period. 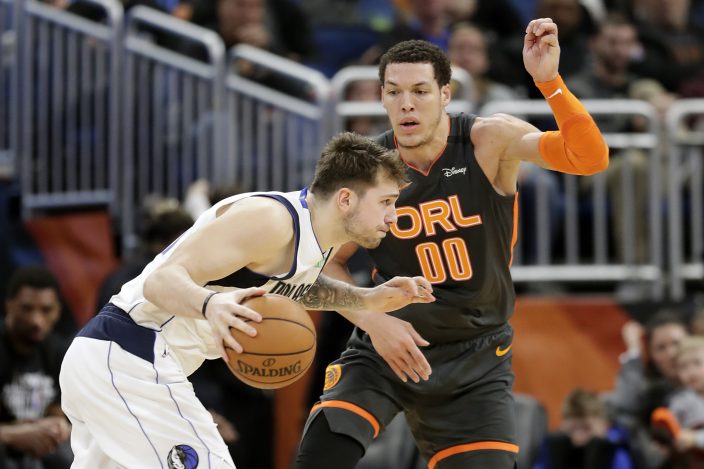 Kleber scored 12 points in a little over 3 minutes early in the fourth to help the Mavs pull ahead 107-93. The forward from Germany hit three straight 3-pointers and finished his run with a three-point play that started with a rousing dunk.

The Mavericks never let the Magic get closer than 11 the rest of the game.

Doncic had 24 points, five rebounds and five assists in the first half, which Dallas controlled throughout. Doncic, Porzingis and Tim Hardaway Jr., combined to hit 8 of 13 3s, while Orlando made just 3 of 22 from beyond the arc. 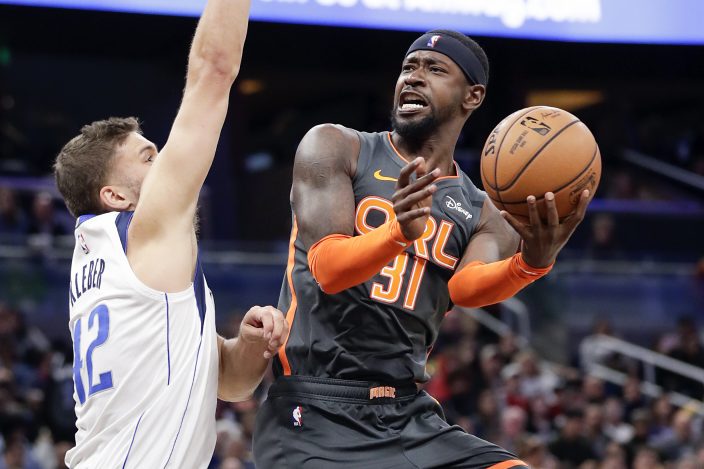 Mavericks: Assistant coach Darrell Armstrong was inducted into the Magic Hall of Fame before the game. He played nine seasons in Orlando. …. Doncic had five turnovers in the first half and finished with six.

Magic: Point guard Markelle Fultz left the game with 3:27 remaining in the third quarter a calf cramp and did not return. ... James Ennis III made his first start for Orlando. He went for 1 for 6 and scored two points. … Orlando started the game 1 for 19 from 3-point range and finished 9 of 43 (20.9%). 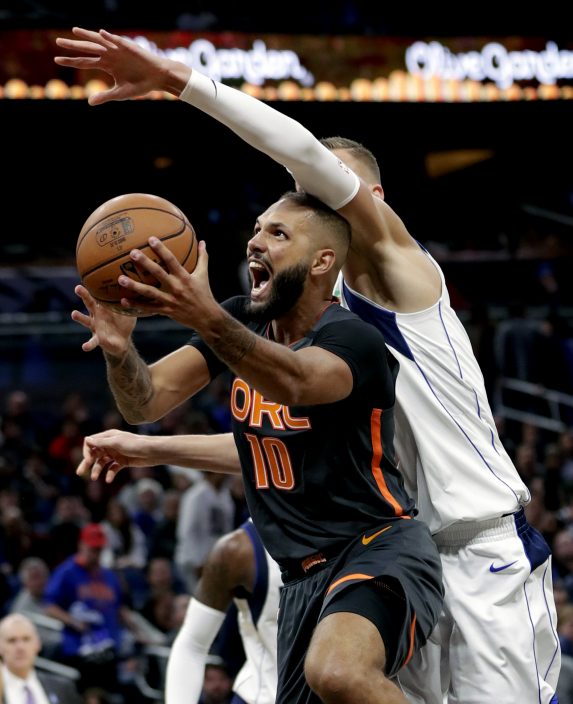 Orlando Magic guard Evan Fournier (10) is fouled by Dallas Mavericks forward Kristaps Porzingis while going up to shoot during the second half of an NBA basketball game, Friday, Feb. 21, 2020, in Orlando, Fla. (AP PhotoJohn Raoux)

Many former global leaders and oth ...