Jordan Eberle had a hat trick and the New York Islanders beat the Detroit Red Wings 4-1 on Friday night to snap a four-game skid.

It was the third three-goal game of Eberle's career and his first since April 9, 2017, when he was with the Edmonton Oilers. 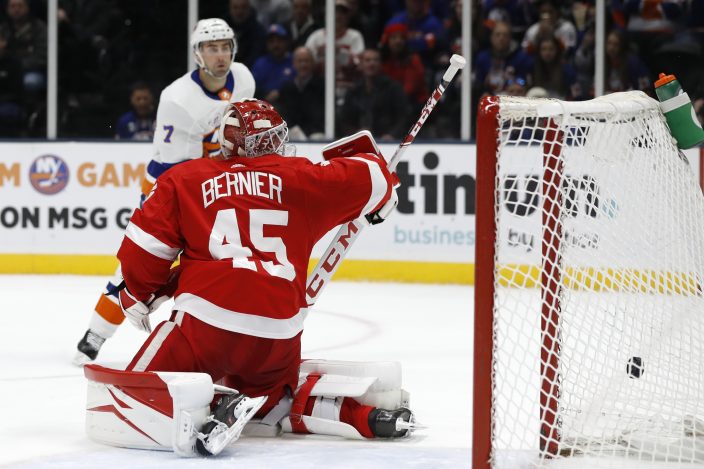 Anthony Mantha scored for Detroit, which became the first team this season to be eliminated from playoff contention.

New York had scored only two goals in its previous four games, but Eberle got hot against the Red Wings, who have yielded more goals than any team in the league.

He got his first 5:45 into the game. The sequence began with a give-and-go behind the net between Matthew Barzal and Anders Lee, who skated to the circle and found an uncovered Ryan Pulock at the point. Eberle redirected Pulock's slap shot past Jonathan Bernier, who made 36 saves. 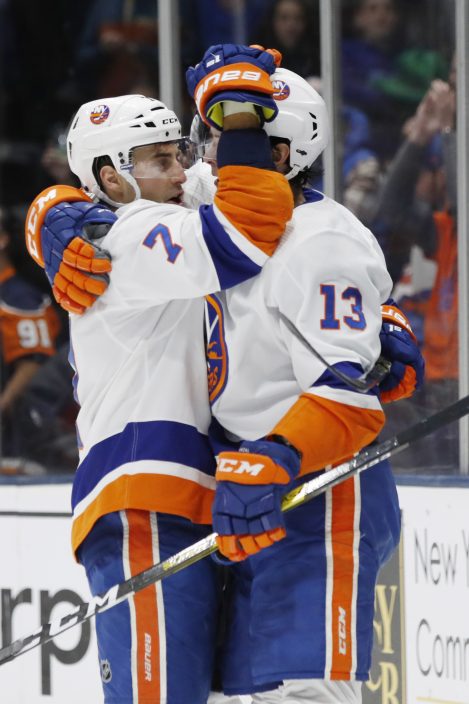 New York outshot Detroit 13-2 in the first period and finished the game with a 39-22 advantage in shots.

That meant Varlamov had a relatively easy night. His toughest save was a diving paddle stop on a 3-on-1 in the third period. Mantua's power-play goal with 2:35 left in the game ended the shutout bid.

Varlamov was aided by his defense, specifically Devon Toews, whose backcheck eliminated a breakaway chance from Dylan Larkin midway through the second period. 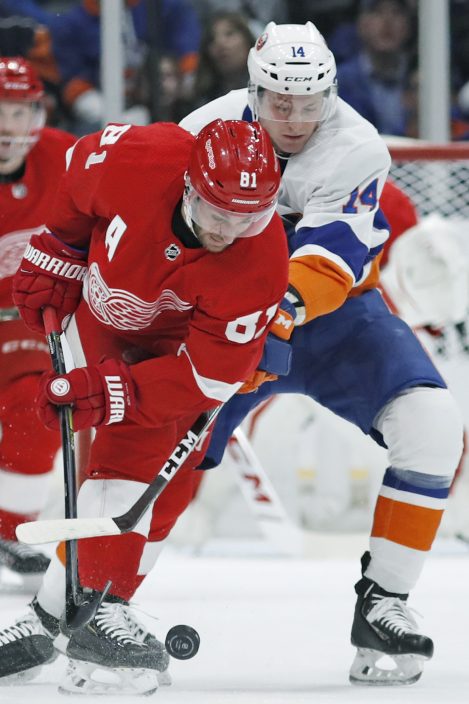 He completed the hat trick on a power play with 36.3 seconds left in the game. Eberle has 13 goals this season. 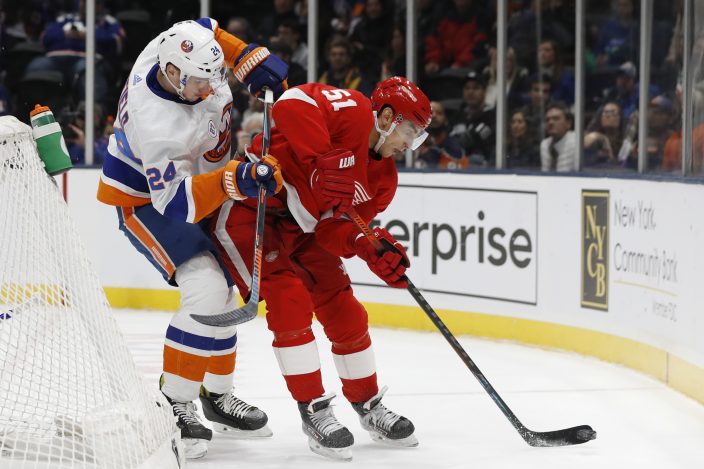