Gaza militants resumed their intense bombardment of southern Israel on Monday, with some rockets slipping through Israel's vaunted Iron Dome defense system and one landing in the yard of a kindergarten.

There was no word of casualties, but the second day of violence threatened to unleash a new round of hostilities just a week before Israel heads to elections. Israeli Prime Minister Benjamin Netanyahu threatened Gaza's Hamas rulers with a “war” if the new round of rocket fire continued, ramping up his rhetoric amid the stretch drive of his campaign.

Speaking to Israel's Army Radio, Netanyahu said he'd conveyed a message to Hamas that if it did not stop Gaza militants behind the attacks, Israel would target Hamas directly. 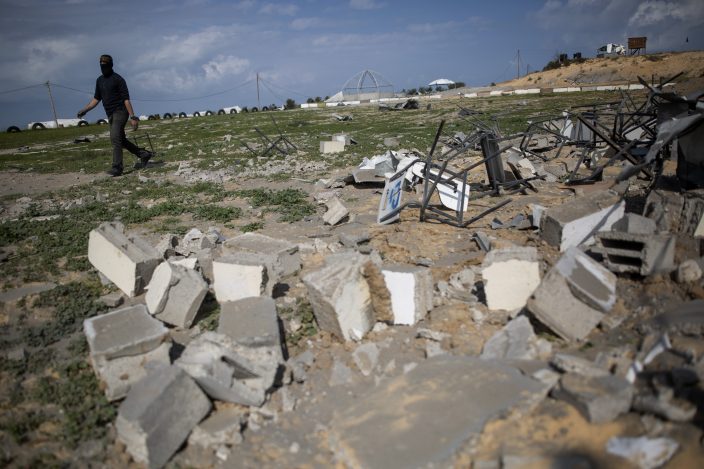 “If you don't shoot them, we will shoot you. I'm talking about a war,” he said. “I'm not looking for a war. But we have prepared something you can't even imagine."

The Islamic Jihad militant group fired at least 20 rockets on Sunday after Israeli forces killed a Palestinian militant who had tried to place a bomb along the Israel-Gaza barrier fence, and then removed his body with a bulldozer. The image outraged Palestinians who fired rockets. Israel responded by striking militants targets in Gaza and Syria. 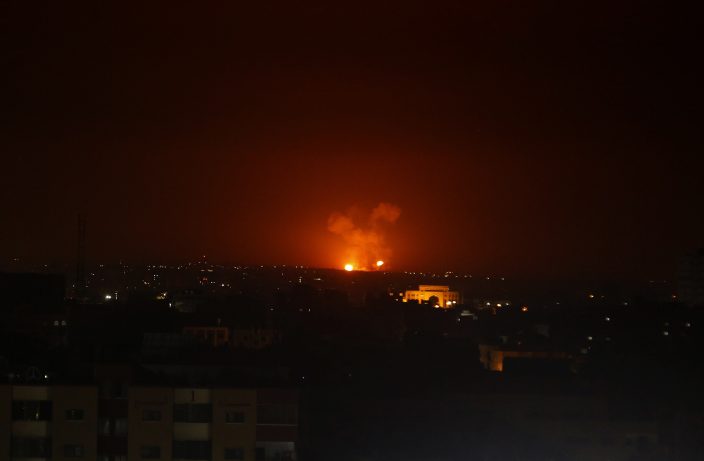 An explosion by Israeli airstrikes is seen in Gaza City early Monday, Feb. 24, 2020. Israel's military says it struck Palestinian militants in Gaza and Syria after they fired some 20 rockets toward southern Israel. The rockets on Sunday evening came hours after Israel said it killed a Palestinian militant who tried to place a bomb along the Israel-Gaza barrier fence. (AP PhotoAdel Hana)

Israel and Hamas have engaged in three wars between 2008 and 2014 and several intense rounds of violence after that. Israel and the Islamic Jihad group engaged in a heavy round of fighting last November after the Israeli military killed a top Islamic Jihad commander. Since then, Israel and Gaza's more powerful Hamas group have been working through Egyptian mediators to cement an informal cease-fire. But Islamic Jihad has continued to try to carry out attacks.

The sudden exchanges after months of relative calm put Israel's tense security situation back on the agenda a week before the the country's third election in less than a year. The campaign has thus far largely focused on domestic issues and Netanyahu's precarious legal situation after he was indicted on corruption charges. 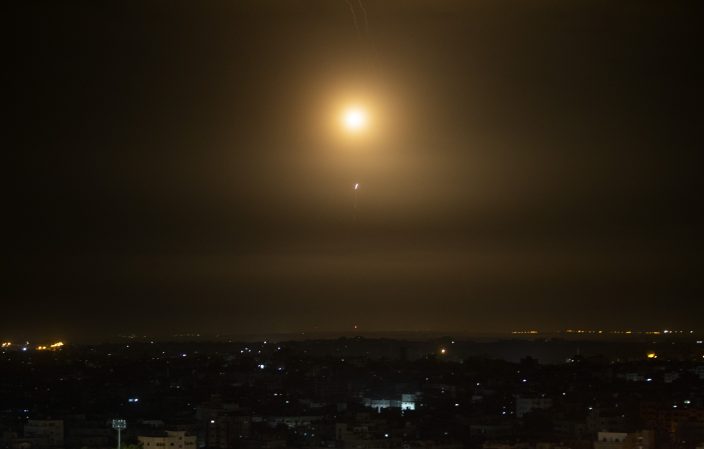 Palestinians say they were not informed of UAE-Israel flight

Abbas says PA no longer to abide by accords with Israel, US