Stay indoors and stay clean. That's what Wall Street is betting people around the world will do given all the fears about a rapidly spreading virus.

As stock markets tumble on worries about how much COVID-19 will harm people and slow the global economy, more than a handful of companies have nevertheless been rising to new highs. They cross a range of industries, but in each of them investors see a chance to make money off fears about the virus.

Clorox is close to an all-time high after jumping Monday amid expectations that homes and hospitals will use more of its disinfecting wipes, for example. Zoom Video Communications, which lets people conduct meetings online instead of in person, has surged nearly 40% in five weeks on the belief that people want to avoid getting within coughing range. A host of vaccine makers have shot higher on hopes that they may come up with something to corral the new virus. 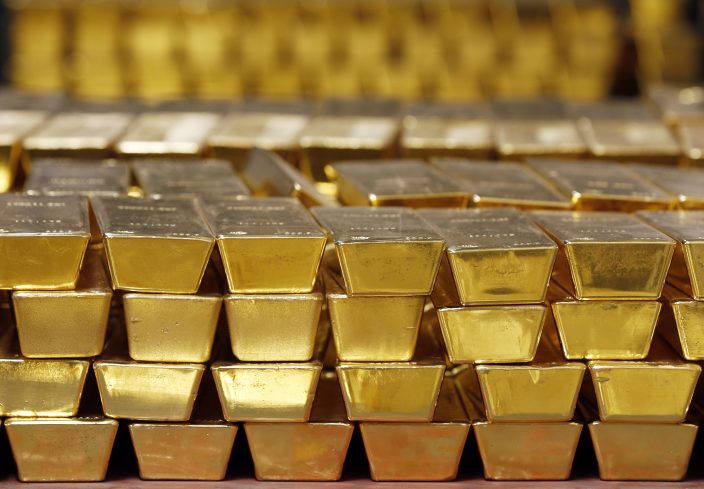 FILE - In this July 22, 2014, file photo, gold bars are stacked in a vault at the United States Mint, in West Point, N.Y. When fear is gripping markets, investors often run toward gold in a self-fulfilling prophecy. Gold on Monday, Feb. 24, 2020, jumped to again reach a seven-year high. (AP PhotoMike Groll, File)

In some cases, analysts say the moves are overdone. Medical experts still can't say how far and how quickly the virus will spread. The rapidly rising numbers of cases outside the viral outbreak's center in China sent the S&P 500 on Monday to its worst day in more than two years. The index is down about 3.1% since Jan. 17, when the market set a new high before worries about the virus began to crescendo.

The vaccine makers are particularly speculative bets because there's no guarantee they'll come up with anything. But that's not keeping Wall Street from looking for potential winners. Here's a look at a few: 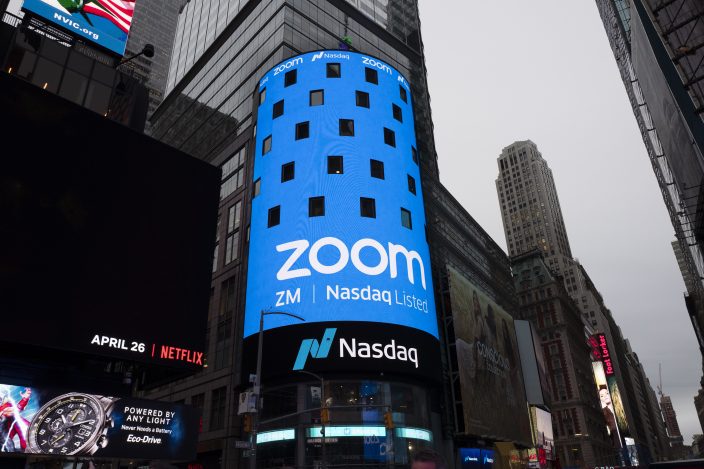 As a group, health care stocks in the S&P 500 are down more than the index since Jan. 17, 4.4% versus 3.1%. But Gilead Sciences is an outlier, up 15.8% over the same time. The company is working on a treatment for the new virus, named Remdesivir, though it has not been approved anywhere globally for use.

Several other, smaller vaccine makers have shot even higher over the same period on similar hopes. Novavax, whose $258 million market value is about a quarter of 1% of Gilead's size, is up 42% since Jan. 17.

— COMPANIES THAT HELP PEOPLE WORK OR STAY AT HOME

Zoom Video Communications stock touched $110 during Monday's trading, a level it's reached just once since its shares began trading last spring. The company has said it's seeing more business from customers wanting to meet online.

Zoom CEO Eric Yuan went on CNBC earlier this month to say that “everyone is calling us” and usage has been at record levels. Stephens analyst Ryan MacWilliams says the boost in Zoom shares is indeed likely due to being “a play on” the virus outbreak. Summit Insights Group analyst Jonathan Kees, though, cautions that any benefit the company sees from the virus will be “incremental.”

Streaming video services could also be a beneficiary as people look to stay away from crowds. Netflix, which is up 8.5% since Jan. 17, and other streaming video companies could benefit “from even the thought of COVID-19, much less its actual arrival and any restrictions that it will usher in,” said Forrester analyst James McQuivey. He called the virus “a mild accelerant” for such digital entertainment services.

When fear is gripping markets, investors often run toward gold in a self-fulfilling prophecy. The metal has a reputation for holding up during tumultuous times, which increases demand for it just when such conditions occur. Gold on Monday jumped again to reach a seven-year high. That in turn has helped vault shares of gold miners higher, and Newmont Mining has added nearly 16% since Jan. 17.

Only two of the 11 sectors that make up the S&P 500 index are higher since Jan. 17: utilities and real-estate investment trusts, both of which have climbed more than 4%. It's not because the virus will make anyone buy more electricity or office buildings but because these kinds of companies pay healthy dividends at a time when bond yields are plunging.

The coronavirus is continuing its ...

Carnage on Wall Street, but some companies thrive or recover