As the South Carolina primary unfolds Saturday, Bernie Sanders won’t be hustling for last-minute votes in Charleston or courting party elders in the state capital of Columbia. Rather, he'll be invading Elizabeth Warren’s home turf.

The Vermont senator is holding a noon rally on Boston Common, mere miles from Warren’s home in Cambridge, near the campus of Harvard University. And that's after spending the night before in her home state, too, rallying at an exhibition hall in Springfield, Massachusetts.

The stops aren't a total surprise because Massachusetts is one of 14 states voting on March 3's “Super Tuesday,” just three days after South Carolina. Sanders' home state of Vermont votes that same day, though, and he won't be heading there until Tuesday night for a party to watch returns. 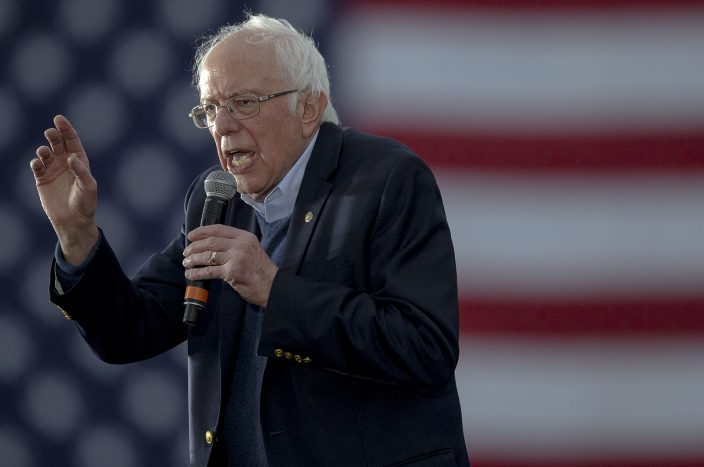 Sanders and Warren have for months largely avoided criticizing each other even as they competed for voters in the same strongly progressive wing of the Democratic Party. But Sanders' scheduling two campaign stops in Warren's home state after establishing himself as the primary's front-runner doesn't exactly send a message of political camaraderie.

“Politicians don't typically do things that are not in their political interest. I don't think, at this stage of the race, that Bernie's primary goal is to shame Warren, but I think he's counting delegates and trying to consolidate the left," said Jim Barnett, who managed former Republican Sen. Scott Brown's 2012 reelection bid in which he was defeated by Warren.

"If he can get Elizabeth Warren out of this race sooner than later, that will help him going forward,” Barnett added. 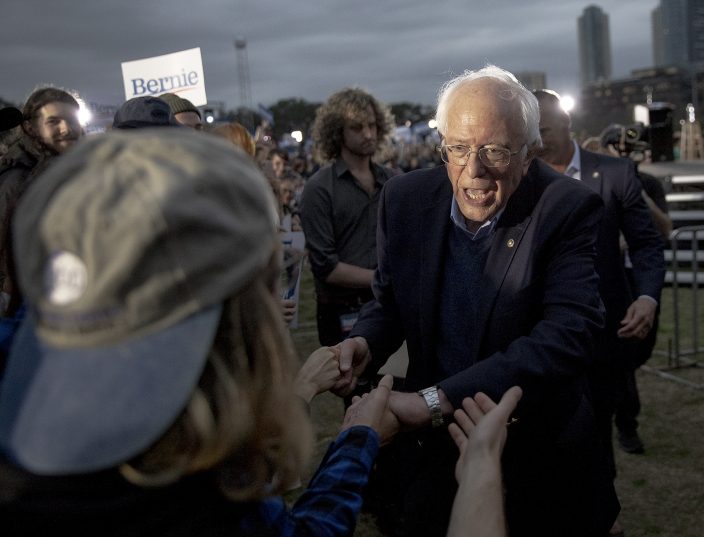 The Vermont senator outright won New Hampshire and Nevada and tied for first in Iowa, and he has vowed to exceed expectations in South Carolina. Warren, by contrast, finished a disappointing fourth in New Hampshire, next door to Massachusetts, and was also fourth in Nevada last week, failing to capture delegates to the Democratic National Convention this summer either place.

In announcing his Massachusetts visit, the Sanders campaign said it had held more than 60 volunteer events over the weekend and knocked on 50,000-plus doors. It also announced the endorsement of 18 officials in Massachusetts, including mayors, city council members and a state representative.

A spokesman for Warren's campaign declined to comment but sent a list of 36 state officials who have not only endorsed Warren but also campaigned on her behalf in Massachusetts in the year she's been running for president. It features Sen. Ed Markey and five members of Congress, including Rep. Joe Kennedy III, who has announced a primary challenge against Markey.

Still, Barnett, who also once served as chairman of the Vermont Republican Party, has written about Sanders appealing to the type of working-class Massachusetts voters whom Warren sometimes struggles to excite. That's despite her easily winning reelection to the Senate in 2018, and riding a steady summer rise in the polls to become a Democratic primary front-runner before her momentum leveled off in the months before voting began and before underwhelming performances in the early states began piling up.

Warren has not yet announced where she'll be spending the evening of Super Tuesday, but no one is betting it'll be Vermont.

“Bernie will run away with Vermont by a massive margin,” Barnett said.