One game after losing to a 42-year-old emergency goaltender on home ice, the Toronto Maple Leafs found redemption on the road with a 4-3 victory against the Tampa Bay Lightning on Tuesday night.

John Tavares scored twice, William Nylander scored his 28th and Fredrik Andersen stopped 26 shots for Toronto. Jake Muzzin also scored, though he missed the third period after taking a puck off his right hand late in the second period and will be examined on Wednesday, according to Toronto head coach Sheldon Keefe.

Toronto scored a pair of power play goals while killing off all three Lightning chances, holding Tampa Bay to one shot. 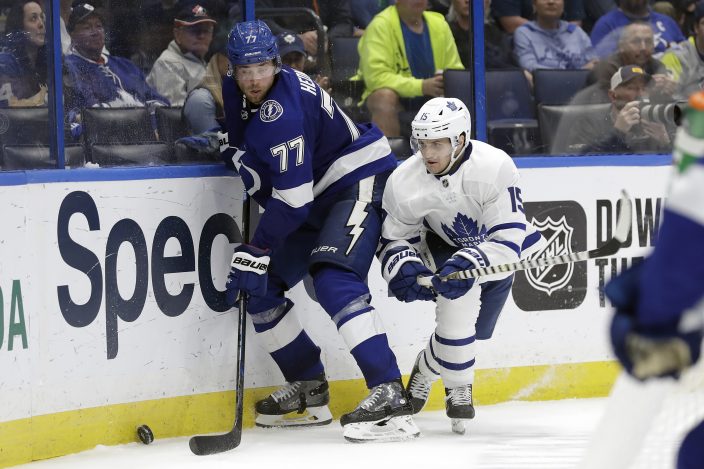 "I think we’ve seen when it’s been against us and when it’s for us what a difference maker it can be,’’ Tavares said of the special teams. “In a game, especially this time of year, 5-on-5, even strength everything is so tight, so competitive. (Power plays) are real opportunities to build momentum in a game.’’

Nikita Kucherov scored his 30th of the season, Pat Maroon notched his eighth while Yanni Gourde picked up his ninth as Tampa Bay lost its season-long third consecutive game in regulation and had an 11-game home winning streak ended. 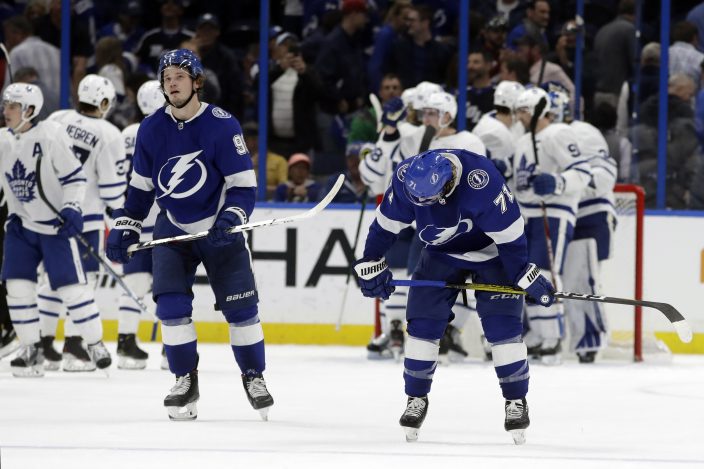 Lightning captain Steven Stamkos left the game after the second period and did not return.

“Some things that have been bothering him in the past go to him today and he couldn’t come back,’’ Lightning head coach Jon Cooper said.

Kucherov put Tampa Bay in front at 9:45, one-timing a feed from Steven Stamkos, who shook Toronto defenseman Rasmus Sandin loose to open the lane for the pass. 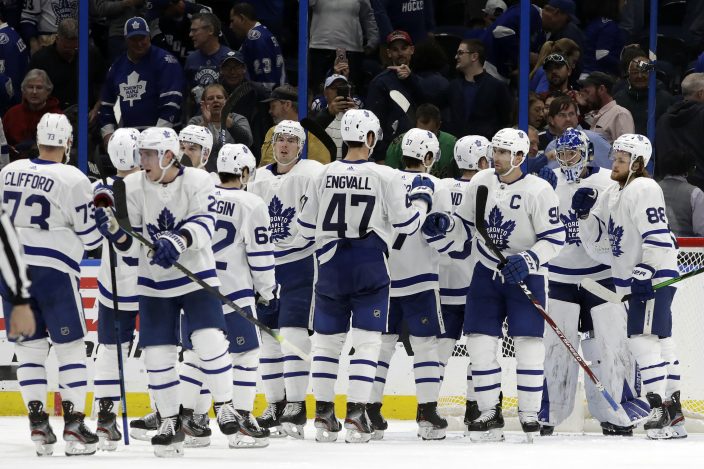 The Maple Leafs responded at 12:48 as Muzzin stepped into a loose puck from the center point that hit Vasilevskiy in the glove and dropped in off the bottom of the cross bar to tie the game.

Tavares tipped a Tyson Barrie shot from the center point on the power play to put Toronto in front at 16:42.

Tampa Bay tied it on Maroon’s deflection at 11:54 in the second period but a Tavares backhander from the slot 31 seconds later put the Leafs back in front. Nylander scored a between-the-legs goal at the top of the crease on the power play at 14:21 to give Toronto a 4-2 lead. 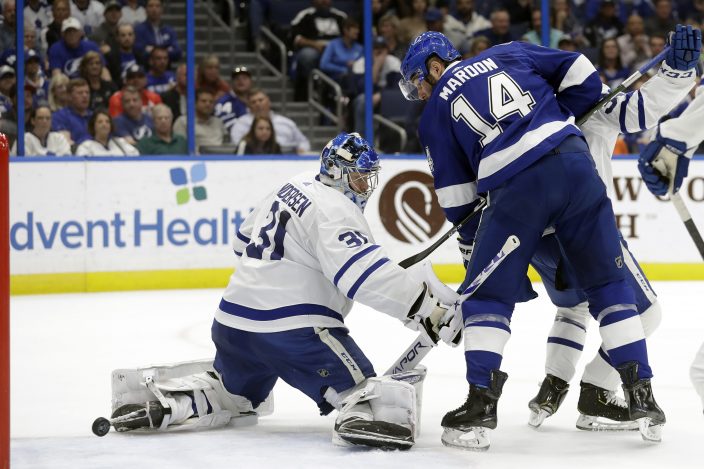 “I can’t really see anything, so I’m going to by feel,” Nylander said. “But obviously you have to get it up there if you want to score.’’

Tampa Bay cut the deficit to one goal when Kevin Shattenkirk’s rebound bounced off Gourde into the net at 7:27 of the third period.

“Three games in a row with a loss, that’s really not ideal,’’ Gourde said. “I think we need to be better in defending and bringing some energy every single shift.’’ 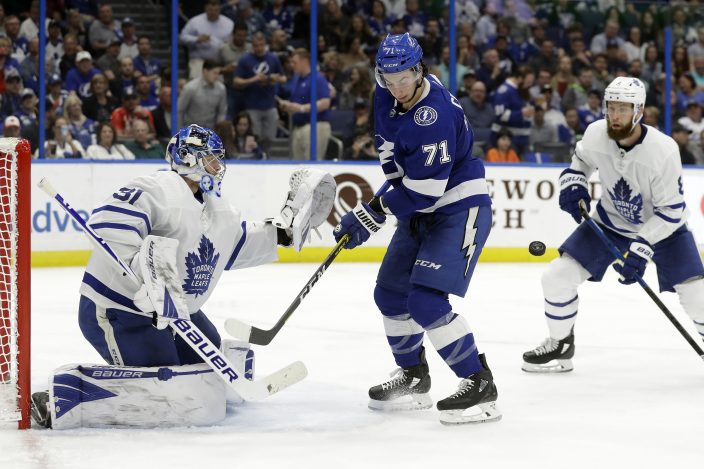 NOTES: Lightning D Ryan McDonagh, out since Feb. 6 with a lower body injury, is expected to be out another 10-14 days. … Toronto D Morgan Rielly (foot) missed his 18th consecutive game. He skated for the first time on Monday since being injured on Jan. 12. … Maple Leafs’ D Codi Ceci (ankle) also skated on Monday for the first time since being injured on Feb. 5. … Maple Leafs’ D Jake Muzzin has points in six consecutive games. … Tampa Bay had a 14-game winning streak against Atlantic Division opponents end, which dated back to a loss in Ottawa on Oct. 12. … Lightning C Barclay Goodrow, acquired from San Jose on Monday, picked up an assist in his debut with the team.