Hong Kong's government is proposing a nearly $1,300 cash handout for each resident over 18 years old to help alleviate hardships brought on by the spreading viral outbreak and prolonged political protests.

The subsidy was among a slew of emergency measures in a budget presented to the city's legislature Wednesday by Financial Secretary Paul Chan.

“I consider that, with ample fiscal reserves, the government has to increase public expenditure amid an economic downturn to stimulate the economy and ride out the difficult times with members of the public,” Chan said. 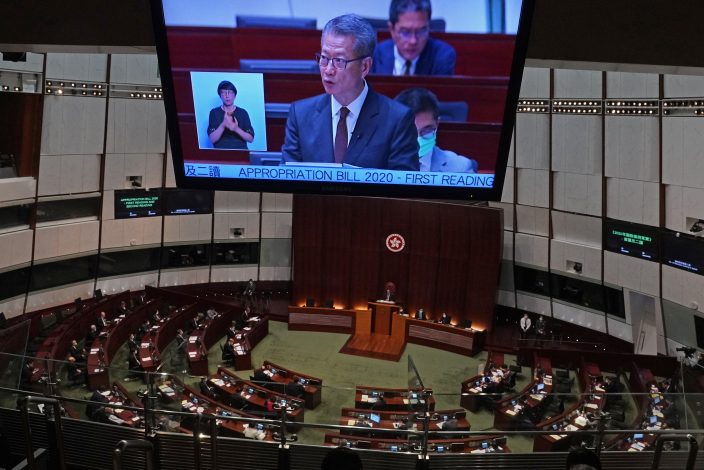 The downturn in tourism and business activity from the virus outbreak has compounded the troubles brought on by months of often violent protests last year. The financial center is deploying its more than 1 trillion Hong Kong dollars ($140 billion) in reserves to help counter the economic contraction and shore up public support for the government.

Among other measures, Chan said the government would provide 10,000 Hong Kong dollar ($1,283) subsidies to about 7 million Hong Kong residents over the age of 18, cut the salary tax by 100% up to 20,000 Hong Kong dollars ($2,567), double the monthly allowance for low-income families, cut corporate taxes and electricity rates, and boost funding for the Trade Development Council, the arts, the Tourism Board and for public hospitals. 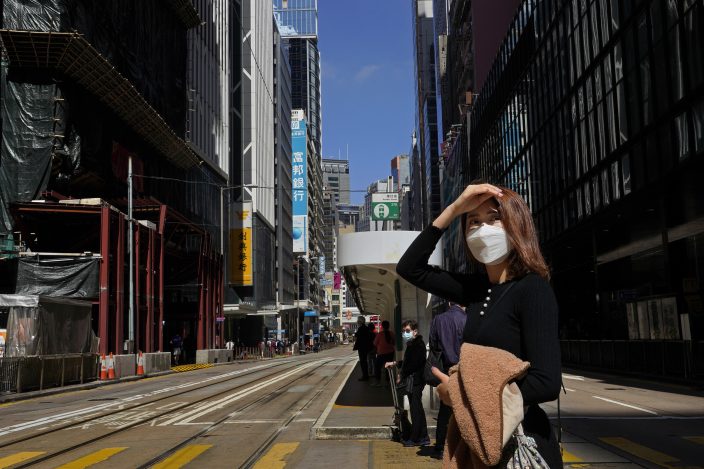 A woman wearing face mask walks on a down town street in Hong Kong Wednesday, Feb. 26, 2020. COVID-19 viral illness has sickened tens of thousands of people in China since December. (AP PhotoVincent Yu)

Overall, the plans add up to about 120 billion Hong Kong dollars ($15.4 billion) in countermeasures.

“Although a record high deficit is envisaged in next year's budget, I believe that only with such a budget can we help our community and local enterprises ride out their difficulties," Chan said.

Hong Kong's economy is highly dependent on trade and tourism with China, where the new coronavirus first surfaced early this year. The former British colony is a semi-autonomous region of China that enjoys unique civic liberties and has its own economic and legal systems.

Public discontent over growing influence from Beijing helped fuel the protests, which were sparked by a now withdrawn proposal to allow Hong Kong citizens to be extradited to stand trial in mainland Chinese courts.

But many young Hong Kong residents also have expressed frustration with a lack of job opportunities in the city, a financial center whose economy is dominated by wealthy property tycoons.

CNN's Cuomo says he has coronavirus, has shown sym ...