Shelling and airstrikes by Syrian government forces killed at least three people on Wednesday in northwestern Syria, where dozens of villages, including major rebel strongholds in the last opposition-held area, have been captured over the past few days.

The new push by Russian-backed Syrian troops could worsen the humanitarian crisis that has displaced nearly a million people and left more than 300 civilians dead since the beginning of December.

The violence came as a Russian delegation was scheduled to arrive in Turkey later Wednesday to resume talks aimed at easing tensions in the northwestern Idlib region. The area is the country's last rebel-controlled stronghold and the Syrian government's military campaign there, backed by Russia, has created a humanitarian catastrophe with more than 900,000 people displaced from their homes in nearly three months. 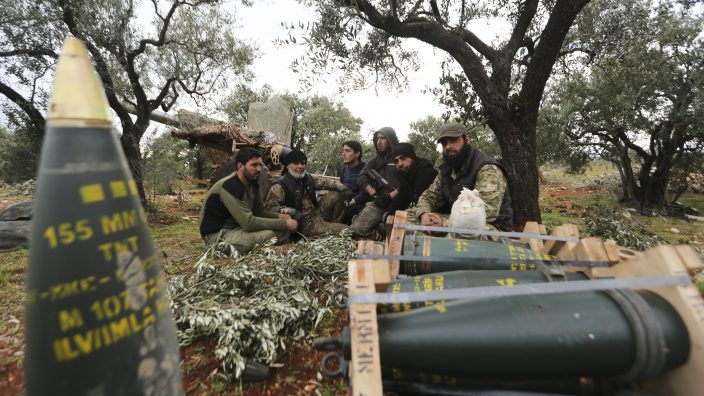 Turkey and Russia back rival groups in the Syrian conflict and over the past weeks Ankara sent thousands of Turkish troops to Idlib. Clashes between Turkish and Syrian troops so far this month have left 16 Turkish soldiers dead.

Syrian opposition activists said government forces shelled a Turkish military convoy on a road near the northwestern village of Bara on Wednesday. There was no immediate word on casualties.

On Tuesday, Syrian troops shot down a Turkish drone over Idlib, saying it was carrying out a reconnaissance mission over a town recently captured by government forces. 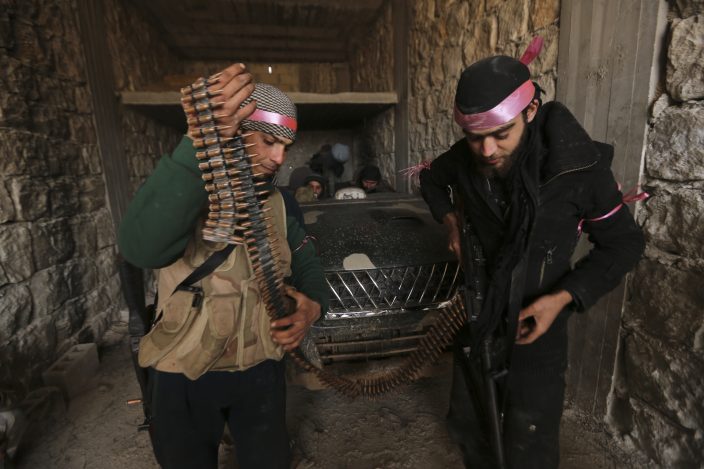 A Syrian army statement said government forces captured, in addition to dozens of villages, some strategic hills deep inside the heavily fortified areas once held by insurgents. It said the villages captured include former strongholds such as Kafranbel, Has, Kfar Sajneh and al-Dar al-Kabira.

The announcement came a day after shelling and airstrikes in Idlib province left at least 16 civilians dead, including students and teachers in a school in the provincial capital, also called Idlib.

An airstrike on the rebel-held village of Arnabeh on Wednesday morning killed three people, according to the Britain-based Syrian Observatory for Human Rights, an opposition war monitoring group, and Idlib-based activist Hadi Abdullah. 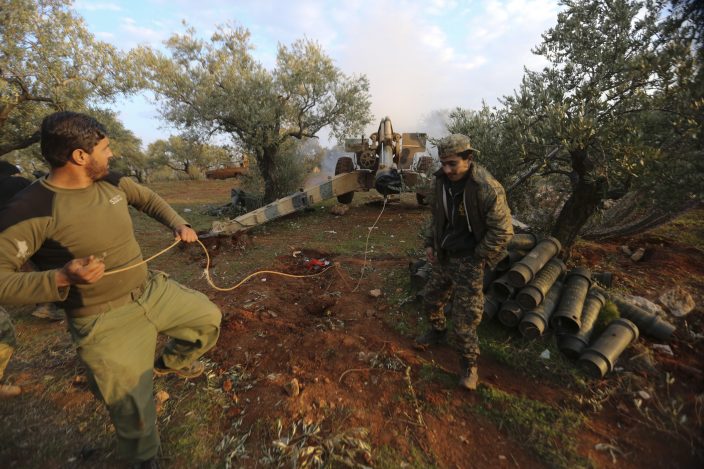 A doctor in Idlib said in a video released late Tuesday that the medical conditions are deteriorating in Idlib.

"The medical situation is getting worse and worse," said the doctor who identified himself as Ihsan Eidi. The video was released by a charity organization known as Islamic Relief Worldwide. The doctor said more than 50 hospitals and health centers have gone out of service over the past nine months as conditions worsened.

"We had little equipment and most of it was damaged by the bombs, unfortunately," the doctor said. He added that with the flow of displaced people in the cold weather, tent settlements have become overcrowded, which makes disease spread more easily.

Nursing homes across the country h ...

President Donald Trump has held an ...

Airstrike in northwest Syria kills 15 ahead of Moscow summit