The Mississippi State Penitentiary at Parchman is a violent, rat-infested place where inmates live in “abhorrent conditions” and their medical needs are routinely ignored, attorneys say in a new lawsuit filed on behalf of 152 prisoners

The suit was filed in federal court Tuesday, and attorneys are asking for class-action status to cover all current and future inmates at Parchman. It eventually could be merged with a similar lawsuit filed in January on behalf of 33 other Parchman inmates.

Attorneys in both lawsuits are being paid by entertainment mogul Jay-Z, rapper Yo Gotti and Team Roc, the philanthropic arm of Jay-Z's Roc Nation. 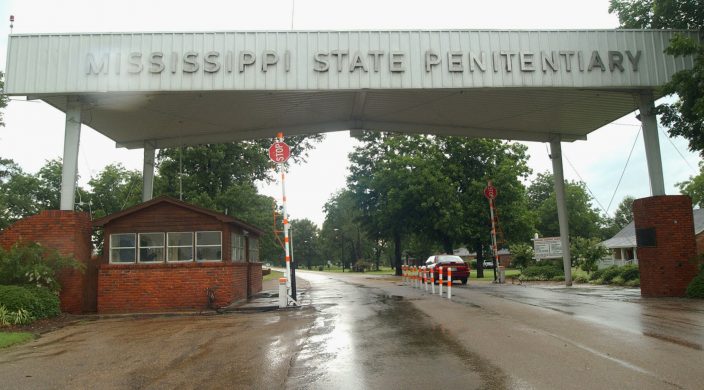 FILE - This is a July 12, 2002 file photo of the entrance to the Mississippi State Penitentiary at Parchman, Miss. The Justice Department has opened a civil rights investigation into the Mississippi prison system after a string of inmate deaths in the past few months, officials said Wednesday, Feb. 5, 2020. (AP PhotoRogelio Solis, File)

The latest inmate death occurred Wednesday. Omar Beard, 36, had been serving a 20-year sentence for a manslaughter conviction from Lowndes County. The state Department of Corrections said in a news release that Beard had been in Central Mississippi Correctional Facility, and he died at a hospital in nearby Brandon. The release said his death “appears to be from natural causes,” and an autopsy will be done.

Mississippi prison officials have told state budget writers for years that prisons are short-staffed and that the department has trouble hiring guards because the jobs are dangerous and the pay is low. Despite the requests, budgets were cut. 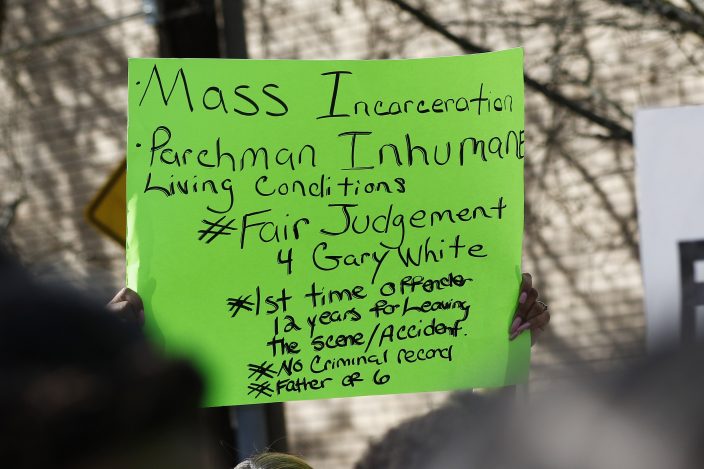 Several protest attendees wave personalized posters calling attention to specific prisoners at the Mississippi State Penitentiary in Parchman, during a mass rally in front of the Mississippi Capitol in Jackson, on Friday, Jan. 24, 2020, to protest conditions in prisons where inmates have been killed in violent clashes in recent weeks. Mississippi's new governor says he and the interim corrections commissioner toured a troubled state prison to see conditions and to try to understand what led to an outburst of deadly violence in recent weeks. (AP PhotoRogelio V. Solis)

Health inspections have also shown repeated problems with broken toilets and moldy showers at Parchman. State officials cut spending at prisons over the past several years, when the current governor, Republican Tate Reeves, was lieutenant governor and had a big role in writing state budgets.

Marcy Croft, one of the attorneys representing inmates in the two lawsuits, wrote in the new one that prisoners "endure abhorrent conditions, abuse and constant violence, inadequate health care and mental health care, and overuse of isolation. "

“The conditions of confinement at Parchman are so barbaric, the deprivation of health and mental health care so extreme, and the defects in security so severe, that the people confined at Parchman live a miserable and hopeless existence confronted daily by imminent risk of substantial harm in violation of their rights under the U.S. Constitution,” Croft wrote.

The state has moved at least 425 inmates from Parchman to the privately run Tallahatchie County Correctional Facility, a few miles away.

Reeves became governor Jan. 14 and said several days later that he has ordered the state Department of Corrections to shut down most of Parchman's Unit 29, where some of the violence has occurred. Reeves said last week that about 500 more inmates will be moved from Parchman to the Tallahatchie prison, which is run by CoreCivic.

Death row inmates will remain at Unit 29 because state law specifies that they must be there. Some lower-security inmates who do maintenance work at Parchman will also remain in the unit, which has about a dozen buildings.

Police in Bangladesh arrested a fu ...

Mississippi inmate with broken arm waits weeks for a cast

Mississippi inmate tries to hang self in cell, attorney says

'Shut it down,' protesters chant about Mississippi prison