Forward Mallory Pugh and defender Tierna Davidson are back with the U.S. women's national team for the upcoming SheBelieves tournament.

Both players, who were on the team's World Cup-winning squad last year, were not included on the smaller roster that took part in CONCACAF Olympic qualifying earlier this month. 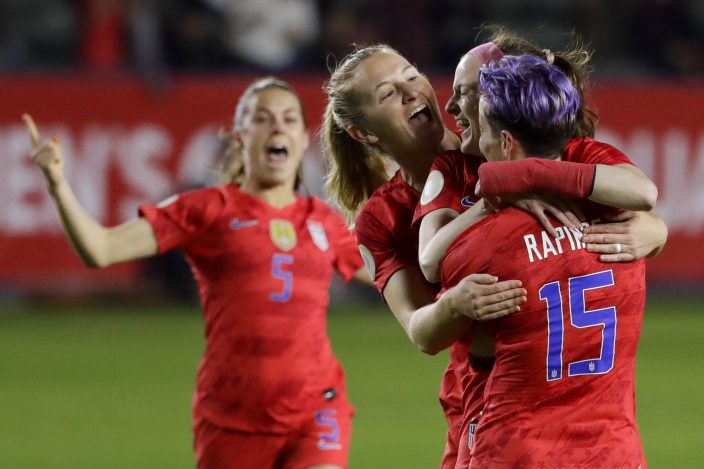 U.S. players celebrate after a goal by midfielder Rose Lavelle, second from right, during the first half of a CONCACAF women's Olympic qualifying soccer match against Mexico on Friday, Feb. 7, 2020, in Carson, Calif. (AP PhotoChris Carlson)

Defender Julie Ertz will earn her 100th appearance for the team when she plays next.

Spain plays Japan in the tournament opener March 5 in Orlando, Florida, followed by England's match against the United States.

Matches are also set for March 8 in New Jersey and March 11 outside of Dallas.

Intellectuals warn of 'chaos' if EU can' ...