Used to bending free kicks for goals, David Beckham was not prepared for seven years of twists en route to his team's Major League Soccer debut this weekend.

"This I always knew was going to be a challenge. I didn't realize how big of a challenge it was going to be," the former England captain said Wednesday. "When we announced seven years ago, I thought it would take one or two years and we'll be playing in the league. We'll have a stadium. We'll have great players. But it took slightly longer than that."

Inter Miami opens its first season on Sunday at Los Angeles FC, joining the league along with Nashville as MLS expands to 26 teams. After a match at D.C. United on March 7, Inter plays its home opener March 14 against the LA Galaxy — not in Miami but at an 18,000-capacity, $120 million venue and training complex built over about 10 months in Fort Lauderdale on the site of old Lockhart Stadium. 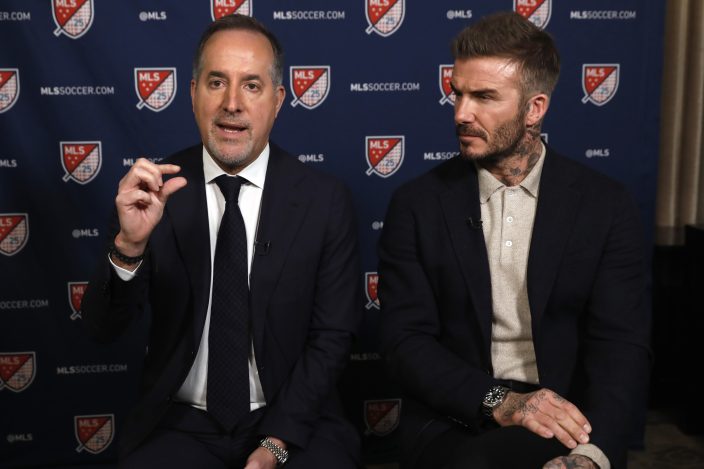 "There were moments where I looked and I thought this might not happen," said Beckham, the team's co-owner and president of soccer operations. "The biggest lesson is I'm more persistent than I thought I was and I'm more stubborn than my wife thinks I am."

Now 44, Beckham won six Premier League titles and the 1999 Champions League while playing with Manchester United from 1992 to 2003, then added a La Liga championship while with Real Madrid. He joined MLS with the Galaxy from 2007-12, winning two titles and boosting the league's profile as part of a deal that gave him the right to buy an expansion team at a discounted price of $25 million.

After detouring twice to AC Milan on loans during his time with the Galaxy, he finished his playing career with a Ligue 1 championship with Paris Saint-Germain in 2013. 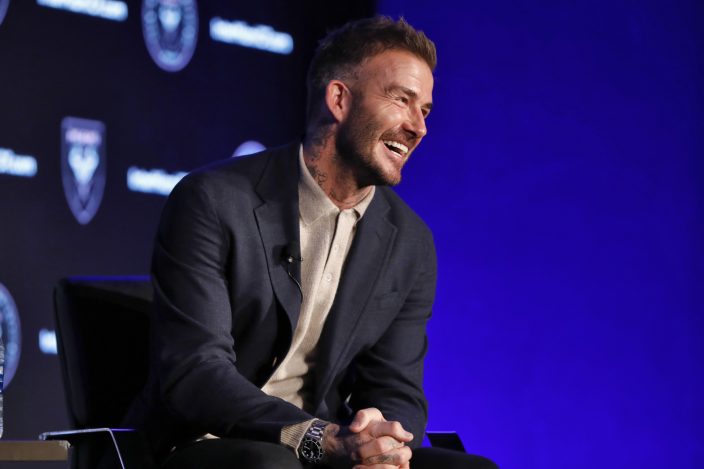 A jet-setter married to a former Spice Girl, Beckham decided in 2013 on Miami as his preferred site for his team, and MLS made the announcement in February 2014. But the launch repeatedly was put off while the team was stymied in its search for a stadium site.

"I'm obviously not from Miami. I'm from East London," Beckham said. "So me going to Miami, trying to buy a piece of land, talk to the politicians, wasn't actually getting us anywhere funnily enough."

Jorge and José Mas of the telecommunications company MasTec Inc. were added to the ownership group in December 2017, with Jorge becoming the managing owner.

"He's a global icon and I think he brings a global reach not only to our team, but to our league," Jorge Mas said. "Inter Miami is globally recognized now. And, frankly, that's due to David Beckham's impact not only as a player — but I think what he's done as a handful of athletes have been able to do post his playing career. He's still extremely relevant."

MLS awarded the team the following month, and it was named Inter Miami in September 2018 — the name was picked because owners view Miami as a diverse, global city. Still, it took until March 2019 for the team to say it would start play in 2020 in Fort Lauderdale, where the Strikers of the North American Soccer League were based from 1977-83 and Miami's first MLS team, the Fusion, played from 1998 to 2001 before getting contracted.

A proposed long-term home at Miami's Freedom Park still awaits political and legal approvals and a hoped-for 2022 opening could be pushed back to at least 2023.

"I'm very confident that in the next 60 to 90 days we'll get a green light," Mas said. "The more it's delayed, the more spillover we will have into potentially to be there three years. But I don't foresee us being in Fort Lauderdale more than three years."

Beckham has watched his team train this week and looks forward to its first competitive match. His hopes his ownership will be remembered as much as his playing days.

"I want a legacy in the game," he said. "I want to be able to create a legacy that my children can turn around in 20 years and say, ‘My dad built this club.’"

The Burton snowboard company is do ...