Clemson quarterback Trevor Lawrence was edgy and antsy after his second national championship game, something he hasn't felt too often.

But six weeks ago, the spectacular sophomore who hadn't lost a game in college had his worst performance as Clemson's starter in a 42-25 loss to LSU in the title game.

Lawrence was off target, missing open receivers and struggling to complete passes to keep Clemson in the game. 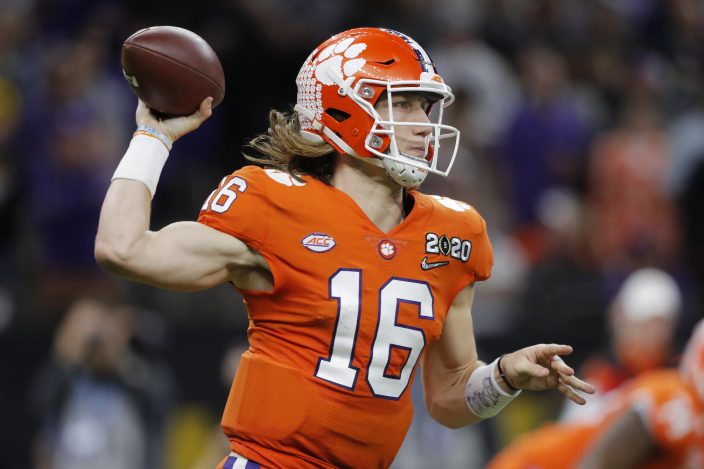 It was a humbling experience he didn't get past easily.

“Anytime after a game like that, it takes a little while to sink in and move on," Lawrence said Wednesday as Clemson opened spring workouts. “It took me a little while especially the way it happened."

Lawrence had been nothing short of perfection — he started his career 29-0 — since arriving at Clemson. But against LSU, Lawrence looked ordinary. He finished 18 of 37 passing with no touchdowns and a fumble in the final quarter that all but sealed things for LSU. 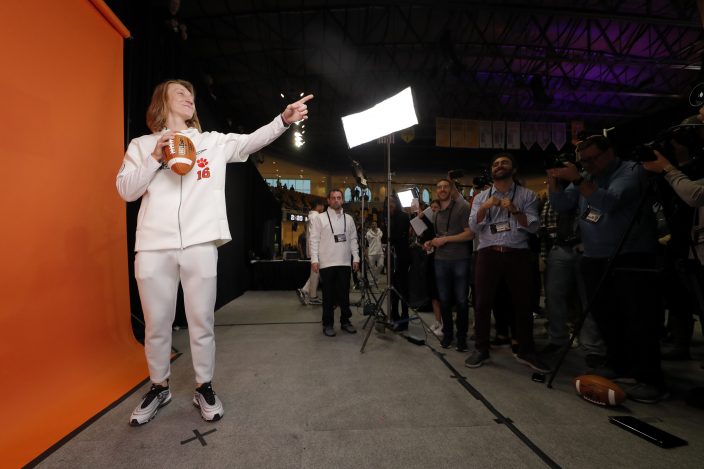 He returned back to campus and wanted to jump right back into practice. Instead, the 6-foot-6 passer had plenty of time to ponder what went wrong and plan to make things better going forward.

“Going through adversity, I hadn't gone through much," he said of his time with the Tigers. “It definitely gives you some perspective, appreciate the little things. It makes you want to work even harder to get back there."

There are plenty of college football analysts who've already penciled Clemson back in the College Football Playoffs and Lawrence as the Heisman Trophy front-runner.

There's too much to accomplish before any of that occurs, Lawrence said.

Clemson coach Dabo Swinney said his team's spirit and attitude has been stellar since coming back from the LSU loss. The team's focus has been on the right things that have put Clemson in four of the past five championship games.

It hasn't been the easiest time for Lawrence. He's reflected on the mistakes against LSU and working to get better. He's hoping to add a few more pounds to his 220-pound frame to withstand the pounding Lawrence will take when he runs the ball, as he did effectively much of last season.

Lawrence went from 60 rushes as a freshman to 103 for 698 yards on the ground, more than double his output from a season earlier. He also had nine rushing touchdowns last year, helping the Tigers finish fifth nationally in total offense (528 yards per game) and fourth in scoring (43 points a game).

Lawrence also is focused on improving his leadership skills as his junior — and perhaps final — year approaches. Clemson quarterback coach Brandon Streeter thought Lawrence makes significant strides in that area last season and expects him to make another jump forward this time.

“He's always done what he's needed to to get better," Streeter said.

Lawrence, considered the can't-miss, No. 1 pick for the 2021 NFL draft, wasn't talking much about his future, other than he's thought about his plan for what's next after college.

He's on schedule to graduate in December, which “opens up some things for me," Lawrence said.

But Lawrence said he's also influenced by what friend and teammate in tailback Travis Etienne did. The two-time defending Atlantic Coast Conference player of the year, considered a second-round draft pick had he left, chose to return to Clemson for his senior season.

Lawrence is glad to get him back, knowing their combination could produce even bigger results than last season.

“It all starts over, which is good feeling," Lawrence said. “Everyone's already looking at next year so we feel we're kind of already back in the fight."

Apple and Google launched a major ...