Collin Sexton scored 28 points and the Cleveland Cavaliers rolled to a 108-94 win Wednesday night over the Philadelphia 76ers, who lost All-Star center Joel Embiid with a sprained left shoulder in the first quarter.

The 76ers, already playing without All-Star guard Ben Simmons, never led against the team with the worst record in the Eastern Conference and fell to 9-21 on the road.

Embiid collided with Cavaliers center Ante Zizic while being fouled late in the first quarter. The 7-footer held his shoulder in obvious pain but stayed in the game and missed both free throws. 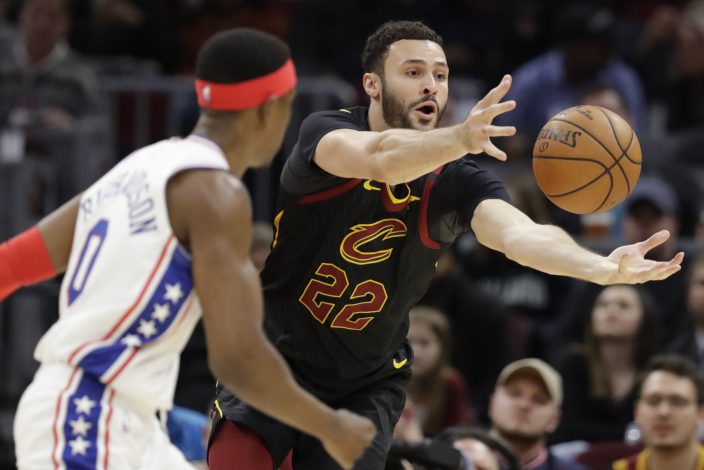 Cleveland Cavaliers' Larry Nance Jr. (22) grabs a rebound ahead of Philadelphia 76ers' Josh Richardson (0) in the second half of an NBA basketball game, Wednesday, Feb. 26, 2020, in Cleveland. The Cavaliers won 108-94. (AP PhotoTony Dejak)

The Sixers pulled Embiid at the next time stoppage and he walked to the locker room while rubbing his shoulder. He briefly returned to the bench in the second quarter, but went back for more evaluation and treatment. At halftime, Embiid rejoined his teammates on the bench with a wrap on his injured shoulder.

Sixers coach Brett Brown, sensing his team was in early trouble, called timeout two minutes into the game, but Cleveland steadily built its lead. The Cavaliers shot 58% in the first half and led 70-50 midway through the third quarter. Philadelphia cut the lead to 85-80 in the fourth, but got no closer.

Tristan Thompson had 14 points and 13 rebounds while Larry Nance Jr. scored 13 points and had 15 rebounds for Cleveland, which had five players in double figures. Cavaliers center Andre Drummond didn't play because of a strained left calf. 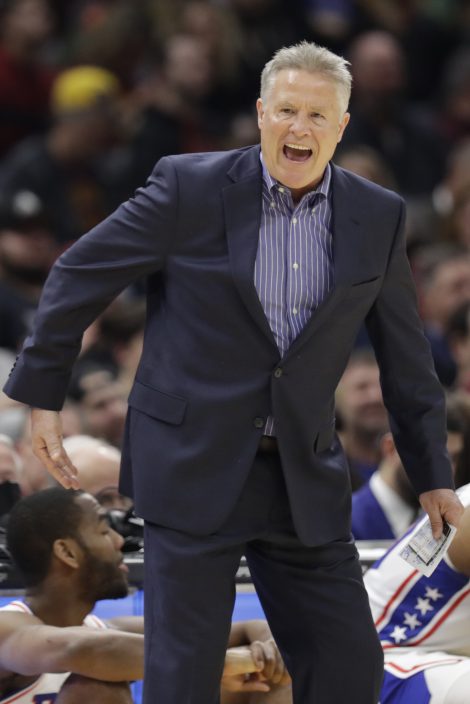 Philadelphia 76ers head coach Brett Brown gives instructions to players in the first half of an NBA basketball game against the Cleveland Cavaliers, Wednesday, Feb. 26, 2020, in Cleveland. (AP PhotoTony Dejak)

Simmons missed his second straight game because of a nerve impingement in his lower back. The team hasn't given a timeline on when he'll be back. 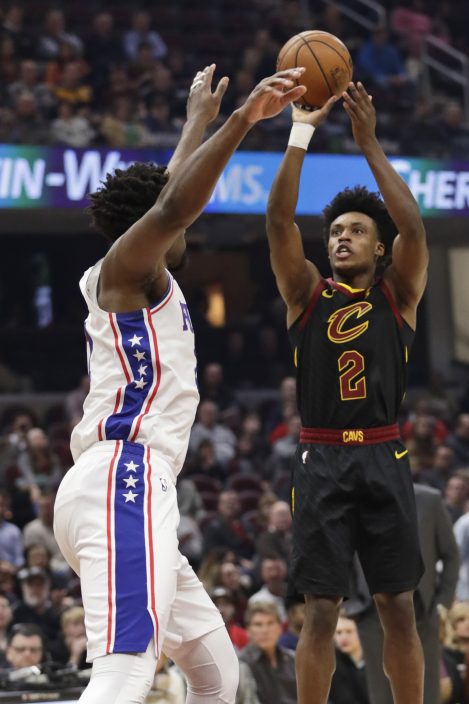 After hosting New York, Philadelphia will begin a four-game trip in Los Angeles on Sunday. Philadelphia is fifth in the Eastern Conference.

The Cavaliers are 3-1 under coach J.B. Bickerstaff, who took over when John Beilein resigned during the All-Star break. 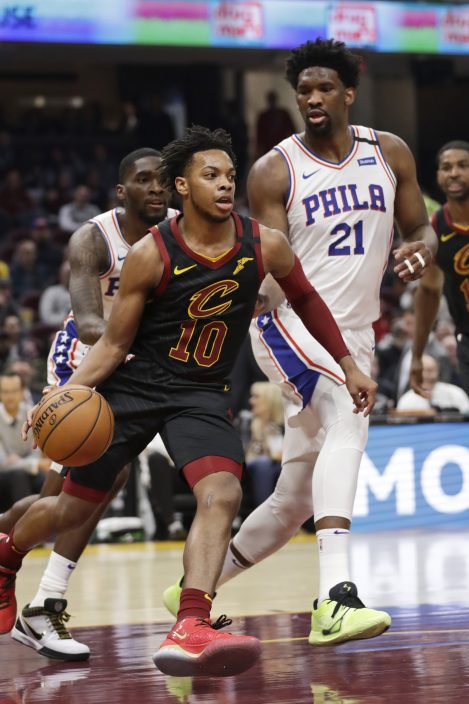 76ers: The NBA fined Embiid $25,000 on Wednesday after he made an obscene gesture on the court and used profane language during a live television interview Monday. ... Tobias Harris scored 11 points and Al Horford had 10.

Cavaliers: Drummond is considered day to day. ... Bickerstaff said G Dante Exum will miss an “extended period of time” because of a sprained left ankle. Exum was injured Monday.

Liz Weston: What to do when you can't pay your bil ...

The economic fallout from the coro ...

The United States is bracing for a ...