The slumping Devonte Graham returned from a team-mandated night off and scored 21 points. P.J. Washington and Bismack Biyombo each scored 12 points for the Hornets, who snapped a two-game losing skid.

Earlier Wednesday, Hornets guard Malik Monk was suspended without pay for violating the terms of the NBA/NBPA anti-drug program. The suspension will continue until he is determined to be in full compliance with the program. 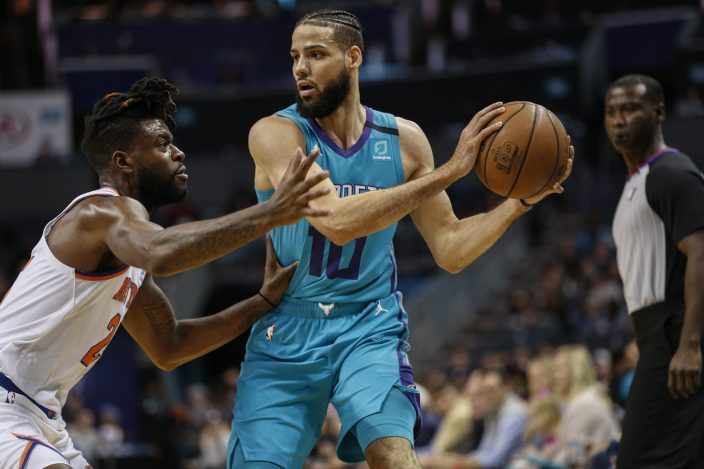 Julius Randle finished with 18 points and nine rebounds for the Knicks.

Allonzo Trier had a chance to tie the game with 1:12 remaining but missed an open look from the corner. Rozier followed with a driving reverse layup that hit near the top of the glass and bounced around the rim and in, pushing the Hornets' lead to five with 30 seconds left. 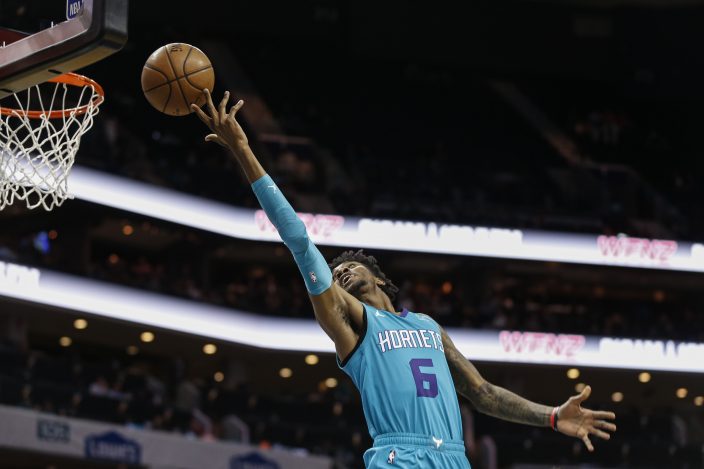 Mitchell Robinson cut the lead to two with a dunk off a pick-and-roll, but Rozier knocked down two free throws with 17 seconds left and the Hornets held on.

Graham has been a contender for the league's most improved player but has struggled to find his shot in recent weeks. He bounced back against the Knicks, connecting on 7 of 18 shots from the field, including two 3s. 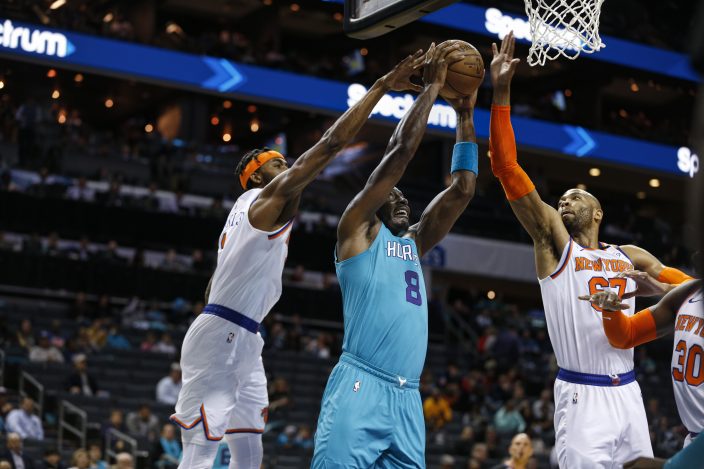 Hornets: James Borrego gave Cody Zeller the night off, part of what will be a rotation at center moving forward with Biyombo and Willy Hernangomez. ... Biyombo fouled out with 4:21 remaining. ... Miles Bridges had an incredibly athletic one-handed put-back dunk in which he seemed to levitate in the air for several seconds to grab the rebound and slam it home. ... Cody Martin isn't the flashiest player, but what he lacks in scoring he makes up for with his hustle, grabbing several loose balls and deflecting passes. 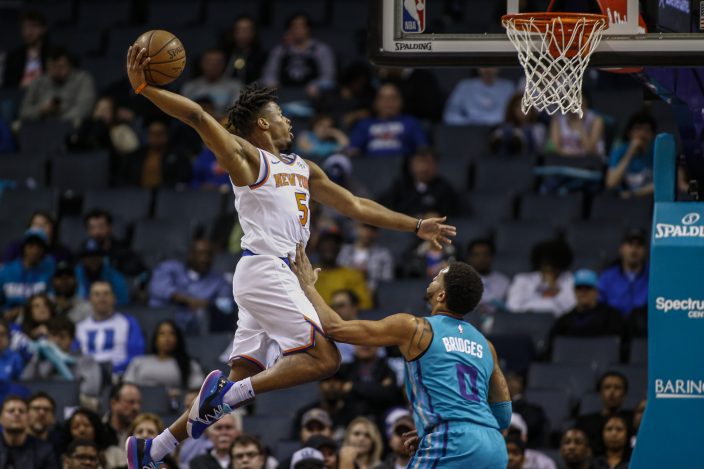 Hornets coach James Borrego said guard Malik Monk has the "full support" of the Hornets organization after he was suspended without pay for violating the terms of the NBA/NBPA anti-drug program. Monk was averaging 18.2 points in the last seven games.

“It’s a situation that, all of us face different things in life," Borrego said. “It’s how you respond. It’s my belief knowing Malik that he will respond the right way.”

Hornets: At Toronto Raptors on Friday: