Jerome Robinson's 3-pointer with 8.4 seconds left lifted the Washington Wizards to a 110-106 win over the Brooklyn Nets on Wednesday night, snapping a three-game losing streak.

After Robinson gave Washington a 108-106 lead, Brooklyn's Spencer Dinwiddie missed a 3-point attempt and Robinson added two free throws as Washington won a game in which it squandered an 18-point lead.

After consecutive games of 53 and 55 points, Bradley Beal led the Wizards with 30 points, including 17 in the fourth quarter. 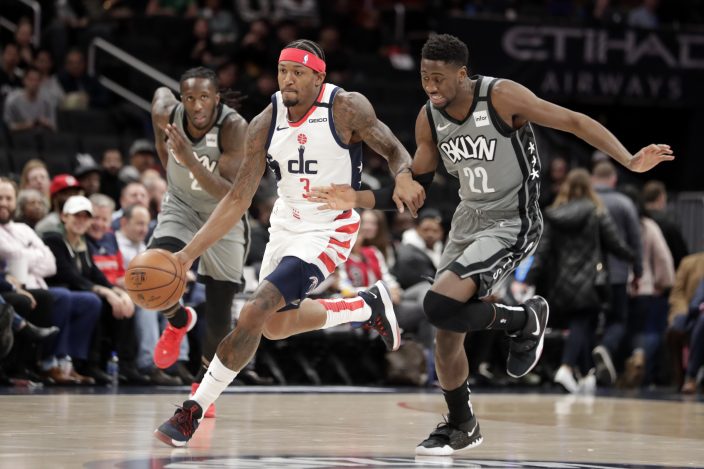 Caris LeVert led Brooklyn, which has lost three of four, with 34 points, and Dinwiddie added 18. DeAndre Jordan had 16 points and 16 rebounds.

Thomas Bryant's free throws gave Washington a 105-104 lead with 29 seconds left and Dinwiddie's driving layup put Brooklyn up by one. The ninth-place Wizards trail the seventh-place Nets by five games in the Eastern Conference.

Brooklyn made just 6 of 19 3-point attempts and shot 29 percent (16 for 41) overall before intermission.

The Nets trailed by 13 at halftime, but rallied as Jordan scored five points in an 9-0 run, with his dunk pulling the Nets within a point at 69-68.

LeVert (13 points in the quarter) tied it at 79 with a 3 and Garrett Temple’s 3-pointer gave Brooklyn its first lead at 84-81 with 31 seconds left in the third. 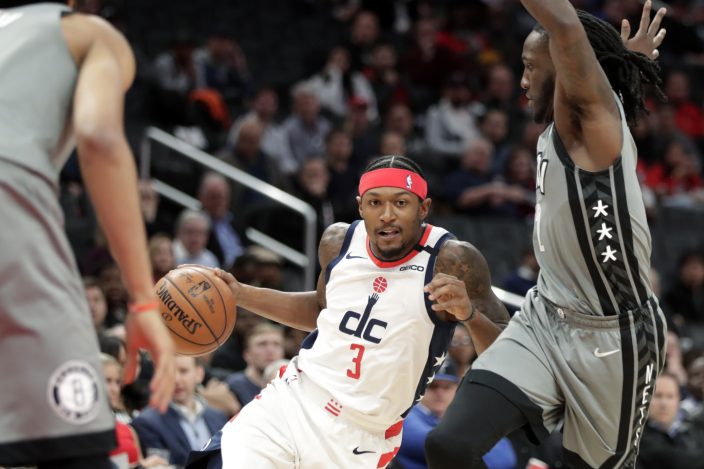 Nets: Wilson Chandler (personal reasons) was ruled out. Coach Kenny Atkinson said his absence would not be long term. ... Jordan recorded his 11th double-double. ... LeVert has scored 20 or more points in six of eight games since being reinserted into the starting lineup.

Wizards: Davis Bertans (sore right knee) returned after missing one game and scored 14 points. ... Improved to 15-2 in the past 17 meetings with Nets. ... Beal has 25 or more points in 15 straight games.

Nets: at Atlanta to face the Hawks on Friday.

Wizards: at Utah to take on the Jazz on Friday.

When and if opening day comes arou ...