Gabriel Landeskog also scored to help the Avalanche vault into second place in the Central Division.

Pavel Francouz was sharp in stopping 31 shots, including several sprawling saves in the closing minute after the Sabres pulled their goalie for an extra skater. Francouz was recently named the league's first star for the week. 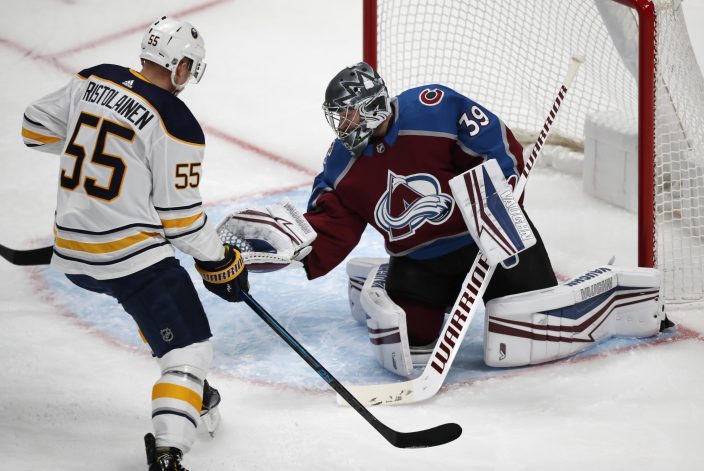 Zemgus Girgensons and Curtis Lazar scored for the Sabres, who have dropped five straight to Colorado. Wayne Simmonds made his Buffalo debut after being acquired from the New Jersey Devils.

Tyson Jost set up the decisive goal by winning a tussle for the puck behind the net and dishing it over to Joonas Donskoi, who then fed it to a wide-open Compher in front. It was Compher's 10th goal of the season.

Jost nearly scored his first goal since Nov. 30 with 17:22 remaining when he redirected in a puck that was near his shoulders. But it was waived off by officials due to a high-stick. 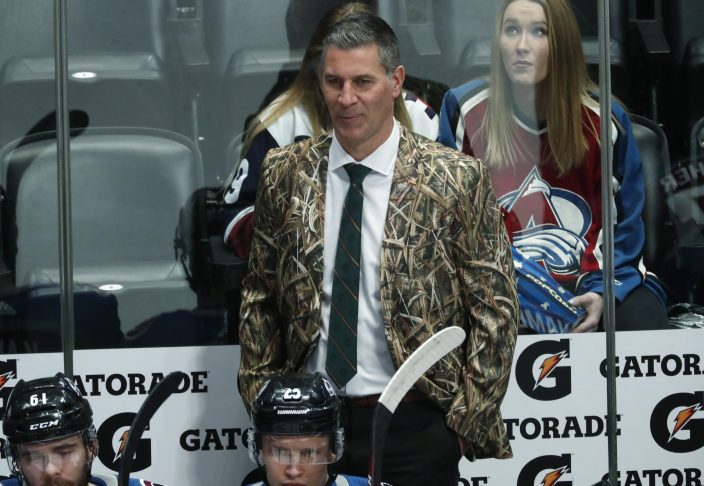 Carter Hutton had 31 saves for Buffalo — and some good fortune, too. He had one puck headed into the net in the second period before it deflected off the skate of a defenesman, clanked off the post and skidded harmlessly into the corner.

Francouz turned in another solid showing. A week ago, he went went 3-0-1 with a 1.46 goals-against average. He also recently signed a two-year contract extension, too.

"I still don't really know if the hockey world knows who Frankie is," Landeskog said. “But he's proving it game by game.” 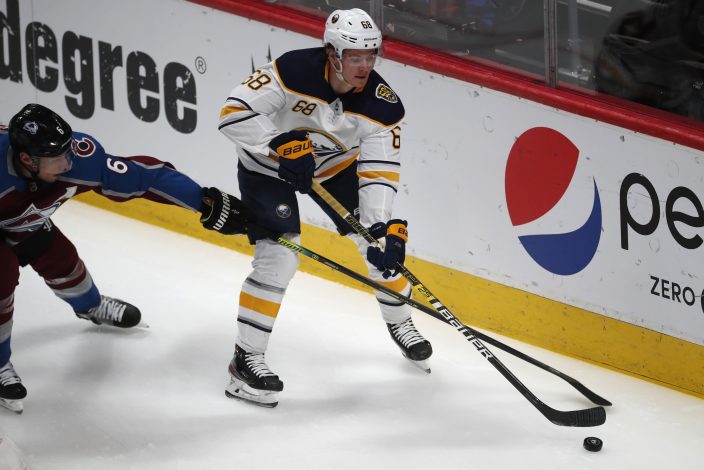 Colorado grabbed a one-goal lead in the first and second period, only to see the Sabres tie it up.

Kaut scored on a rebound early in the middle period. Lazar then answered by deflecting in a shot for his first goal since Jan. 14.

In the first, Landeskog scored his 17th goal of the season off a backhanded pass from Compher. The lead lasted just 1:57 before Girgensons scored on a tip-in. 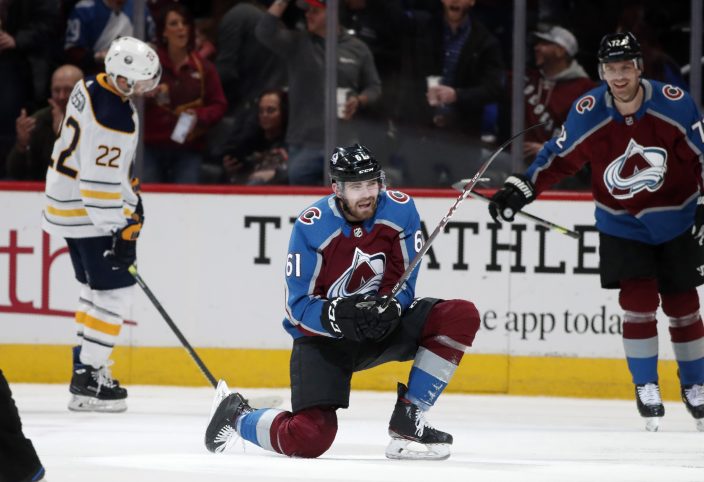 Despite his team being besieged by injuries, Avalanche general manager Joe Sakic resisted the temptation to alter the shape of the squad at the trade deadline. They did add depth by acquiring Vladislav Namestnikov from Ottawa for a draft pick and got goaltender Michael Hutchinson from Toronto.

"We love the chemistry in our dressing room," Sakic told the media.

“We're happy with the guys we got," the captain said. "We put ourselves in a position to do some damage down the stretch."

"We have a determined group," coach Jared Bednar said. "That's why we've been able to sustain these injuries."

NOTES: Buffalo RW Kyle Okposo had an assist to stretch his points streak to five games. ... Sabres C Dominik Kahun was a scratch. He was acquired from Pittsburgh at the trade deadline. ... Avalanche F Andre Burakovsky was out with an illness. .... Bednar expects most of the injured players to be back by mid-March. ... Bednar looked sharp on the bench in his camouflage suit coat to commemorate the team's ninth annual Military Appreciate Night.

Sabres: At Vegas on Friday in the second of a four-game swing.

Avalanche: At Carolina on Friday to start a three-game trip.