When Nick Cousins learned the Vegas Golden Knights acquired him from Montreal at the NHL's trade deadline Monday, the first thing he did was check the standings.

"In first place, they've had a good team, they're always hard to play against and I'm just excited to contribute any way I can," he said.

So, roughly 11 hours after landing in Las Vegas, Cousins scored in his Vegas debut and the Golden Knights beat the Edmonton Oilers 3-0 on Wednesday night in a matchup of two of the Pacific Division's top teams. 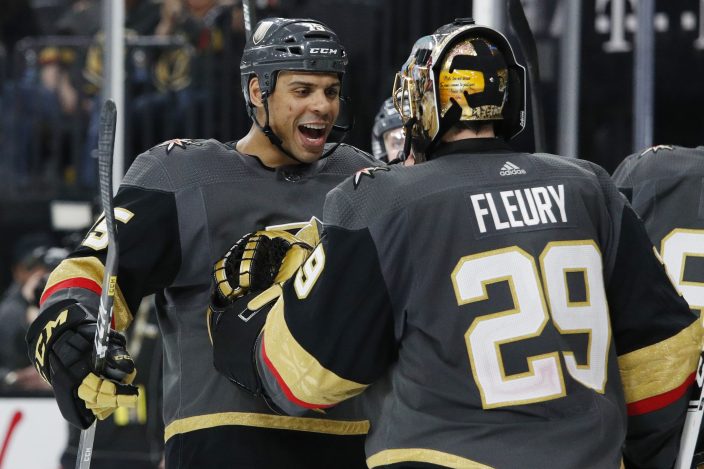 "In the first period there, my head was spinning a little bit with all the travel and stuff like that and just trying to get accustomed to everything," said Cousins, who became the 10th player in Golden Knights history to score in his team debut. "I thought in the second period, as the game went on, I started moving my feet, started making a little more plays and hanging on to the puck a little bit more. And when I do that, that's when I'm at my best."

Cousins knocked home a rebound on a power play for his sixth overall goal to give the Golden Knights a 2-0 lead midway through the third period, while providing them with all the momentum they'd need from that point.

Max Pacioretty and Shea Theodore also scored for Vegas, which won its seventh straight game and increased its lead to four points ahead of the Oilers and Vancouver, each with 74 points. 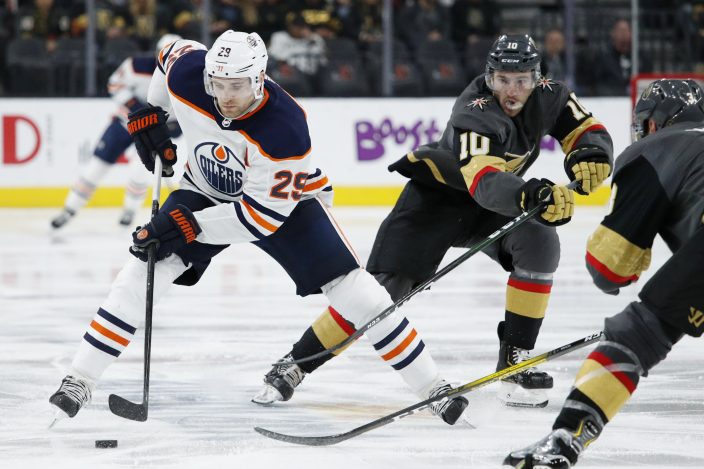 Marc-Andre Fleury made 29 saves to earn his 61st career shutout, tied for 17th all-time with Turk Broda. The 16-year-veteran netminder is now 5-0-0 in his last five starts.

"I feel you're always more comfortable when you're winning, right?" Fleury said. "You stop worrying about mistakes or looking for mistakes in your game. I haven't changed the way I play; it's been going well, my teammates have been playing great in front of me so that helps me a lot and makes me look better. A lot of my success comes from our team game."

While the Golden Knights are fourth in the Western Conference, six points back of defending Stanley Cup champion St. Louis, just six points separate the top four squads in the Pacific. 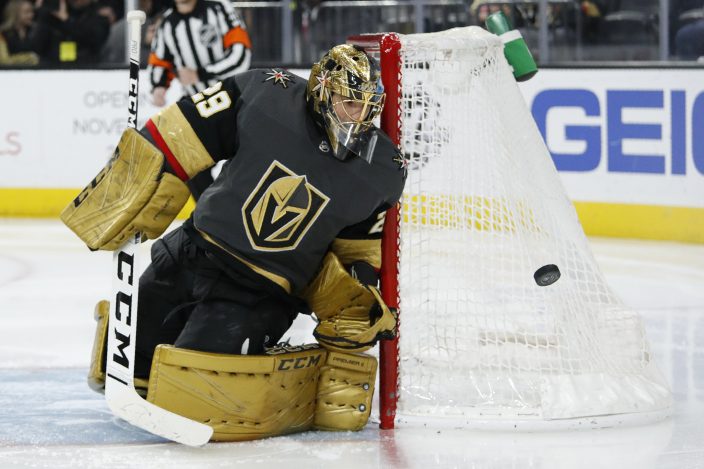 But it's Vegas that has emerged as the hottest team in the division, as it improved to 11-3-2 under Peter DeBoer, who replaced the fired Gerard Gallant on Jan. 15. Since then, the Golden Knights are tied with two others for second-most points (24) in the league, and are tied for first with 60 goals scored and with a 3.75 goals-per-game average. They also rank first in shots per game (35.7) and third in shots allowed per contest (27.6).

"We're finding a lot of different ways to win," Vegas veteran defenseman Nate Schmidt said. "There are nights that we go out there and dominate offensively. Tonight I thought we played really well defensively and that led into our offense."

After chasing Edmonton's speedy forwards in the first period, and being outshot 12-9, the Golden Knights turned the tables in the second period by pushing the tempo after clearing pucks in front of Fleury and creating opportunities for themselves in transition. 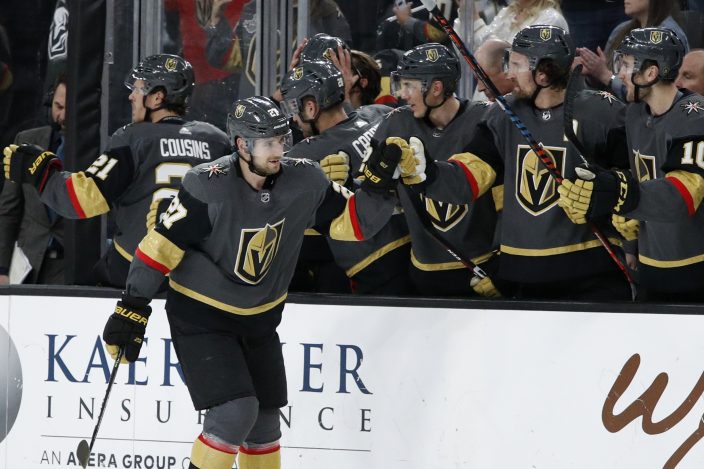 "We didn't capitalize, I thought we played a real good first period," Edmonton coach Dave Tippett said. "We wanted to come out and get a good jump. And then come out of the period down one and then they put a hard push on the second period, really pinned us in their end for long periods of time. Chasing the game, the fatigue factor came in and we just couldn't get ourselves back into it."

Vegas was exceptional on special teams, stopping the Oilers' league-best power play on all three of their opportunities. At the other end, the Golden Knights were 1-for-3 on the power play.

Edmonton is 18-13-3 on the road and lost for the first time when playing on the second of back-to-back nights, dropping to 6-1-0. 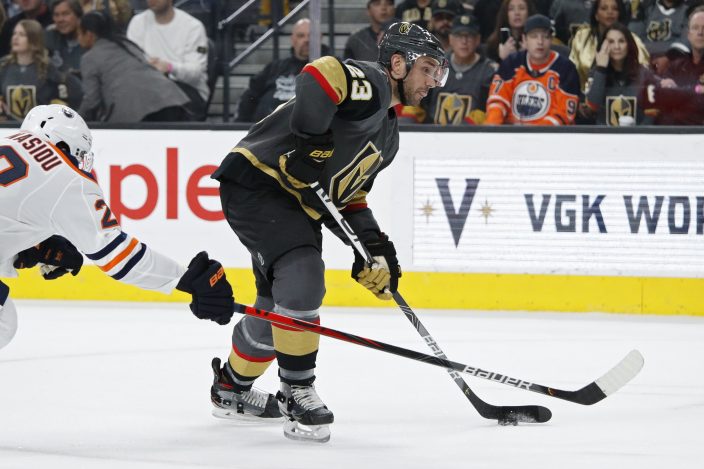 Mikko Koskinen made 30 saves for the Oilers.

Pacioretty put Vegas on the board when he skated in on the right side, past Josh Archibald, and lasered a wrist shot over the shoulder of Koskinen. It marked the fifth 30-goal season in Pacioretty's career, and first since 2016-17.

Theodore extended Vegas' lead to 3-0 when he took a pass from Alec Martinez off a draw and fired a shot from the point past Koskinen. It was Martinez's sixth point in four games, since being acquired from the Los Angeles Kings on Feb. 19. 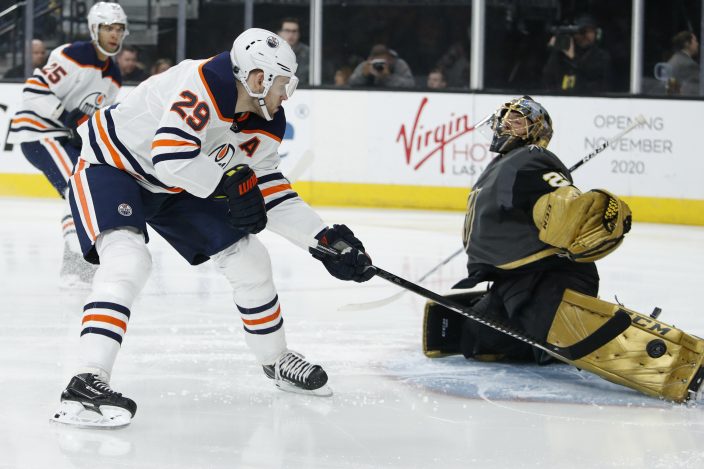 NOTES: Oilers forward Andreas Athanasiou left with a lower-body injury after one shift in the third period and did not return. 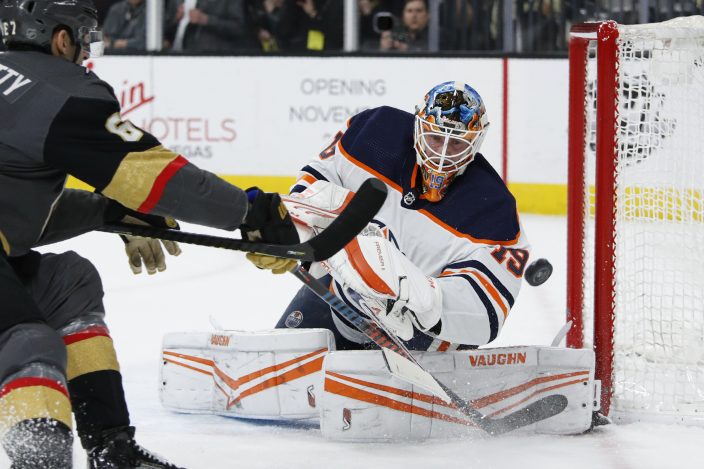