VIRUS-OUTBREAK — As the worst-hit areas of Asia continue to struggle with a viral epidemic, with hundreds more cases reported in South Korea and China, worries about infection and containment spread across the globe. For the first time, the coronavirus has caused more new cases outside China, the epicenter of the outbreak, than inside the country. SENT: 880 words, photos. With VIRUS OUTBREAK-AT A GLANCE; VIRUS OUTBREAK-ASIAN CANCELLATIONS — Asian baseball, soccer, rugby affected by new China virus; VIRUS-OUTBREAK-AUSTRALIA — Australian campuses offer cash, discounts to China students.

VIRUS OUTBREAK-MIDEAST — Saudi Arabia halts travel to the holiest sites in Islam over fears about a viral epidemic just months ahead of the annual hajj pilgrimage, a move that comes as the Mideast has over 230 confirmed cases of the new coronavirus. By Jon Gambrell. SENT: 910 words, photos. 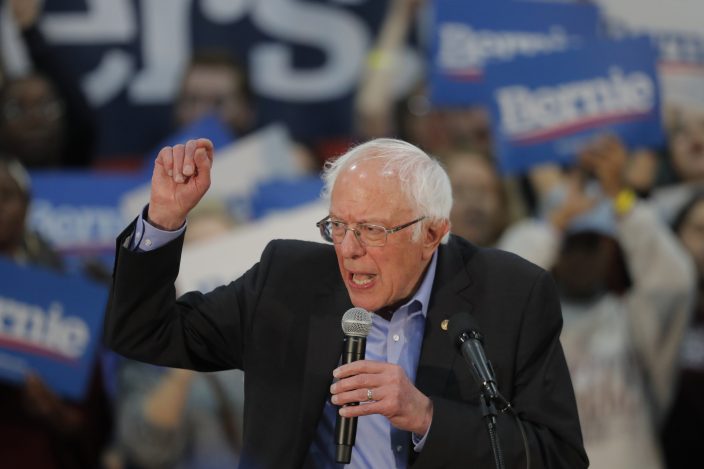 VIRUS OUTBREAK-TRUMP — President Donald Trump says the U.S. is “very, very ready” for whatever the new coronavirus threat brings, even as the government announces a worrisome development — a new U.S. case that so far hasn't been linked to travel abroad. By Lauran Neergaard and Ricardo Alonso-Zaldivar. SENT: 950 words, photos, video. With VIRUS OUTBREAK-TRUMP-TRUST — Trump faces credibility test as he plays down virus threat. Also see VIRUS OUTBREAK below.

MILWAUKEE-SHOOTING — An employee opens fire at one of the nation's largest breweries in Milwaukee, killing five fellow workers before taking his own life, police say. The assailant who attacked the Molson Coors complex was identified as a 51-year-old Milwaukee man who died of a self-inflicted gunshot wound. By Carrie Antlfinger and Gretchen Ehlke. SENT: 1,070 words, photos, videos.

ELECTION 2020-NERVOUS DEMOCRATS — Congressional Democrats are increasingly anxious about Bernie Sanders and the damage they feel the party's presidential front-runner could do to their prospects of retaining House control. There are also growing questions about what, if anything, Speaker Nancy Pelosi should do about it. By Alan Fram and Lisa Mascaro. SENT: 880 words, photos, video. Also see 2020 ELECTION below. 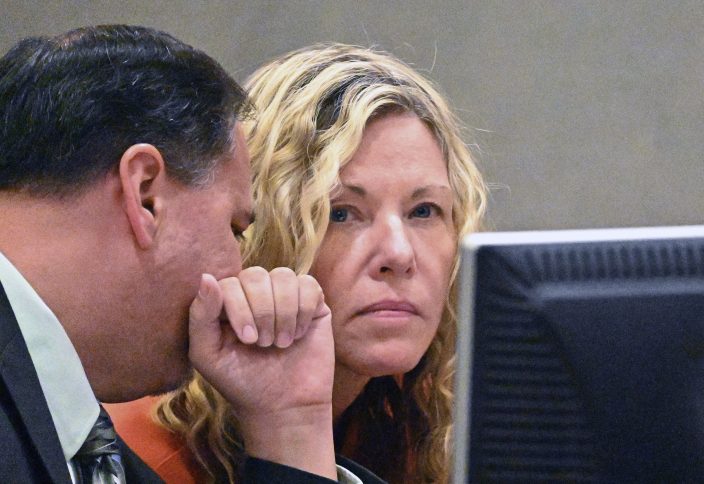 Lori Vallow appears in court in Lihue, Hawaii, Wednesday, Feb. 26, 2020. A judge ruled that bail will remain at $5 million for Vallow, also known as Lori Daybell, who was arrested in Hawaii over the disappearance of her two Idaho children, as her defense attorney Craig De Costa, left, speaks to her. (Dennis FujimotoThe Garden Island via AP, Pool)

For featured coverage of the South Carolina primary and Super Tuesday.

SYRIA — Turkey-backed Syrian opposition fighters retake a key northwestern town in Syria that was recently captured by government forces, and cut the highway linking the capital, Damascus, with the northern city of Aleppo. The development comes days after the government reopened the road for traffic for the first time since 2012. By Bassem Mroue. SENT: 340 words, photos.

VIRUS OUTBREAK-US-COMMUNITY SPREAD — A new coronavirus case in California could be the first in the U.S. that has no known connection to travel abroad or another known case, a possible sign the virus is spreading in a U.S. community, health officials says. SENT: 670 words, photo.

VIRUS-OUTBREAK-US-SKOREA-MILITARY — The South Korean and U.S. militaries announce that they are postponing their annual joint drills due to concern about a viral outbreak that has infected soldiers in both countries' armed forces, put many troops in quarantine and closed base facilities. SENT: 590 words, photos.

VIRUS OUTBREAK-LATIN AMERICA — Latin America sees its first confirmed case of the new coronavirus spreading worldwide when Brazil's government announced that a 61-year-old man who traveled to Italy this month had the virus. SENT: 700 words, photos. With VIRUS-OUTBREAK-LATIN AMERICA-GLANCE.

ELECTION 2020-SUPER TUESDAY-TEXAS — Sanders and the rest of the 2020 Democratic presidential field are beginning a new blitz into Texas ahead of Super Tuesday. SENT: 990 words, photos, video.

ELECTION 2020-SENATE-GEORGIA — Georgia Republican Sen. Kelly Loeffler has been in her post less than two months, and she's already drawn a serious challenge for her seat from a fellow Republican. SENT: 1,120 words, photos, video.

GUAM WAR SURVIVORS-COMPENSATION — More than 3,000 people in the U.S. territory of Guam are expecting to get long-awaited compensation from the U.S. government for their suffering at the hands of imperial Japan during World War II. SENT: 1,150 words, photos.

MISSING-KIDS-MOM-ARRESTED — Bail will remain at $5 million for a mother arrested in Hawaii over the disappearance of her two Idaho children, a judge rules. SENT: 580 words, photos.

UNITED NATIONS-NUCLEAR NONPROLIFERATION — The U.N. disarmament chief warns that the specter of an unbridled nuclear arms race is threatening the world for the first time since the 1970s, the height of the Cold War between the United States and the former Soviet Union. SENT: 910 words.

MALAYSIA-POLITICS — Malaysia's Mahathir Mohamad holds an audience with the nation's king, fueling talks he may have the majority support to return as prime minister after his abrupt resignation and the collapse of his ruling coalition this week. SENT: 580 words, photos.

FINANCIAL-MARKETS — Shares fall in Asia after President Donald Trump announces the U.S. is stepping up its efforts to combat the virus outbreak that began in China, as the number of cases surpassed 81,000. By Business Writer Elaine Kurtenbach. SENT: 830 words, photos.

OBESITY — About 4 in 10 American adults are obese, and nearly 1 in 10 is severely so, government researchers say. By Medical Writer Mike Stobbe. SENT: 470 words, photo.

OBIT-LEE PHILLIP BELL — Lee Phillip Bell, who co-created “The Young and the Restless” and “The Bold and the Beautiful” and hosted her own daytime talk show in Chicago for 33 years, has died. She was 91. SENT: 370 words.