Inter Milan coach Antonio Conte probably won't have to sit through a torrent of boos when he returns to Turin for the first time to face former club Juventus.

That’s because there could be no fans there to see it.

The Derby d'Italia, one of the season’s biggest matches, may be played in an empty stadium on Sunday because of the virus outbreak in northern Italy. The epicenter of the outbreak is in the Lombardy region, and Milan is its capital. 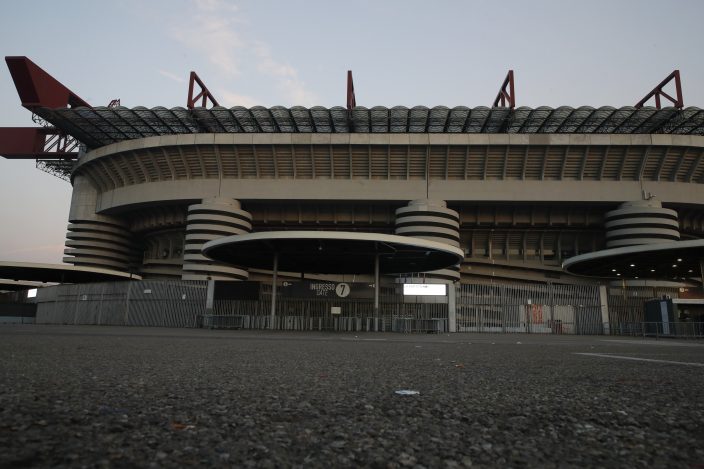 A view of the San Siro stadium where the Serie A soccer match between Inter and Sampdoria was cancelled, in Milan, Italy, Sunday, Feb. 23, 2020. In Lombardy, the hardest-hit region by the spread of the Coronavirus with 90 cases, schools and universities were ordered to stay closed in the coming days, and sporting events were canceled. Lombardy's ban on public events also extended to Masses in churches in the predominantly Roman Catholic nation. (AP PhotoAntonio Calanni)

“I hope that from today there will be a regression in the diffusion of the virus so that I, too, can go see Juventus-Inter,” said Attilio Fontana, the governor of the Lombardy region. “We’re monitoring the situation. I’m very calm. We need to see what the situation is. It’s the same as for the schools. We’ll do a check Saturday and then we’ll see.”

Four Serie A matches scheduled for last weekend were postponed, including Inter’s match against Sampdoria. Italy has the most cases of the virus in Europe.

Serie A president Paolo Dal Pinto sent a letter to the government on Monday asking that games no longer be postponed in the affected areas but played without fans in attendance, something which Sports Minister Vincenzo Spadafora said they were in agreement with. 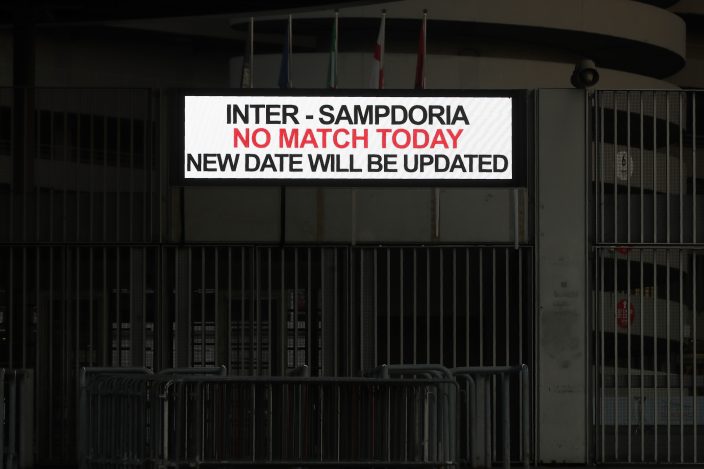 A notice outside San Siro stadium advises that the Serie A match between Inter and Sampdoria is cancelled, in Milan, Italy, Sunday, Feb. 23, 2020. In Lombardy, the hardest-hit region by the spread of the Coronavirus with 90 cases, schools and universities were ordered to stay closed in the coming days, and sporting events were canceled. Lombardy's ban on public events also extended to Masses in churches in the predominantly Roman Catholic nation. (AP PhotoAntonio Calanni)

However, no official decree has been made by the Turin council and Serie A’s governing body has also yet to release a statement, giving rise to the hope fans could be allowed in.

Italy had 447 virus cases as of Wednesday. Twelve people have died, all of them elderly or suffering from other ailments, or both.

Italy has closed schools, museums and theaters in the two hardest hit regions and troops are enforcing quarantines around 10 towns in Lombardy and the epicenter of the Veneto cluster, Vo'Euganeo. 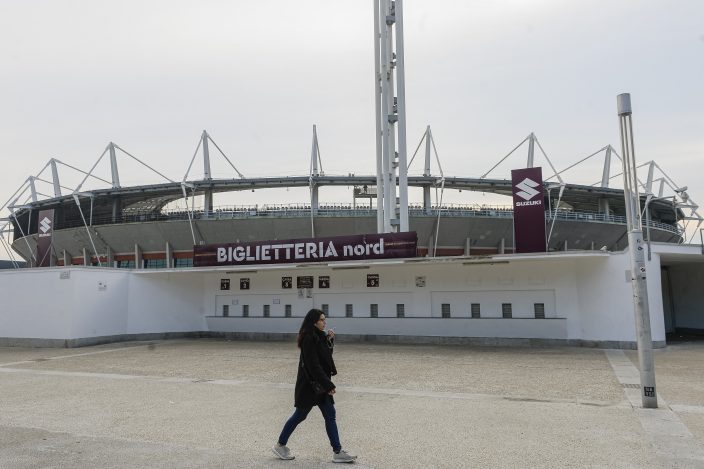 A woman walks by the desert Olympic stadium in Turin Sunday, Feb. 23, 2020. Torino’s match at home to Parma was postponed hours before kickoff on Sunday, following new cases the coronavirus in Piedmont. (Nicolò CampoLaPresse via AP)

Inter’s Europa League match against Ludogorets was scheduled to go ahead in an empty stadium on Thursday.

On Sunday, Conte will return to Juventus as opposition coach for the first time since he left the club in 2014. Conte led Juventus to the first three of its eight straight league titles and also spent most of his playing career with the Bianconeri.

Inter trails the Serie A leaders by six points, although it has played a match less. Juventus, meanwhile, will have to bounce back from Wednesday’s surprise 1-0 loss at Lyon in the Champions League.

“We didn't play the match we wanted. We have a lot of work to do,” Juventus midfielder Aaron Ramsey said. “Let's focus on ourselves and do better than we did today, starting on Sunday with Inter."

Reza Khandan got the word from fri ...