Israel is moving forward on plans to build more than 1,700 homes for settlers in the West Bank, the settlement watchdog Peace Now said Thursday.

Peace Now said the housing was spread over 10 settlements, some deep inside the West Bank in areas the Palestinians want for a future state. About 1,000 units were in the initial stages of approval, whereas 700 received near-final approval.

The housing approvals come days ahead of national elections in Israel, the third straight vote in less than a year after the previous two ended inconclusively. Israeli Prime Minister Benjamin Netanyahu is fighting for his political survival and has hoped to boost his pro-settler support by granting new housing approvals in the settlements, including in a key neighborhood of east Jerusalem earlier this week. A military planning committee granted Thursday's approvals. 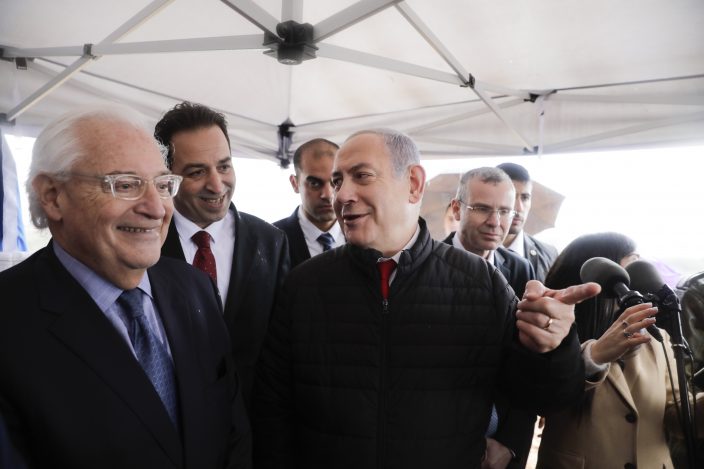 The approvals also come weeks after the Trump administration unveiled its long-anticipated Mideast plan, which sides with Israel on many of the Israeli-Palestinian conflict’s main points of contention.

It envisions Israel annexing parts of the West Bank, including its 120 settlements and the 500,000 settlers who live there. It falls short of granting the Palestinians a state, offering them limited autonomy over disjointed chunks of land but only if they meet a set of stringent demands that would require them to drastically alter what has been their baseline for negotiations for decades.

The Palestinians want the West Bank, the Gaza Strip and east Jerusalem — territories Israel captured in the 1967 Mideast war — for their hoped-for state. The Palestinians, along with much of the international community, consider settlements illegal and see them as an obstacle to creating a viable Palestinian state.

Since President Donald Trump’s election, Israel has been emboldened by an American leader who unlike most of his predecessors has been lenient in his approach to settlement building. Netanyahu has embarked on a settlement building spree during Trump's tenure and has promised to annex the strategic Jordan Valley.

Since the unveiling of the Mideast initiative, Netanyahu has promise to charge ahead immediately with annexing the settlements, but he quickly backtracked, apparently after White House officials took issue with his premature zeal.

Palestinians say they were not informed of UAE-Israel flight

Abbas says PA no longer to abide by accords with Israel, US