A British judge refused Thursday to let WikiLeaks founder Julian Assange move from a glass-enclosed dock and sit with his lawyers during a London court hearing on whether he should be extradited to the United States.

Assange complained of struggling to hear and concentrate during the first four days of the hearing at London’s high-security Woolwich Crown Court. He also said he cannot easily communicate with his legal team from the secure defendants' dock at the back of the courtroom.

His lawyers described Assange a “vulnerable person” who has suffered from depression. But District Judge Vanessa Baraitser, who is presiding over the extradition hearing, denied the request for a different seating plan.

Supporters of Julian Assange hold placards as they protest on the second day of a week of opening arguments for the extradition of Wikileaks founder Julian Assange outside Belmarsh Magistrates' Court in south east London, Tuesday, Feb. 25, 2020. U.S. authorities, want to try Assange on espionage charges. A lawyer for the Americans said the Australian computer expert was an “ordinary” criminal whose publication of hundreds of thousands of secret military documents put many people at risk of torture and death. (AP PhotoMatt Dunham)

“I have not been told of any particular aspect of your condition which requires you to leave the dock and sit with your legal team," she said.

Assange, 48, is wanted in the U.S. on spying charges over the leaking of classified government documents a decade ago. American prosecutors accuse him of conspiring with U.S. Army intelligence analyst Chelsea Manning to crack a password, hack into a Pentagon computer and release hundreds of thousands of secret diplomatic cables and military files on the wars in Iraq and Afghanistan.

Assange maintains he was acting as a journalist entitled to First Amendment protection. His lawyers have argued the U.S. charges of espionage and computer misuse were politically motivated and an abuse of power. 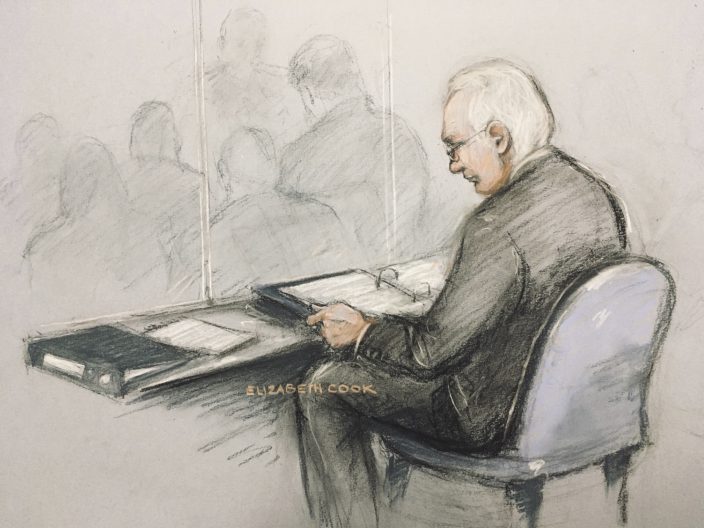 This is a court artist sketch of Wikileaks founder Julian Assange in the dock reading his papers as he appears at Belmarsh Magistrates' Court for his extradition hearing, in London, Monday, Feb. 24, 2020. The U.S. government and WikiLeaks founder Julian Assange will face off Monday in a high-security London courthouse, a decade after WikiLeaks infuriated American officials by publishing a trove of classified military documents. (Elizabeth CookPA via AP)

His extradition hearing is due to resume May 18, when both sides will present evidence to back up their cases. If convicted in the U.S., he faces a maximum sentence of 175 years in prison.

Assange has been held at London’s Belmarsh Prison since April 2019, when he was evicted from the Ecuadorian Embassy in London. He jumped bail and took refuge in the embassy seven years earlier to avoid being sent to Sweden over allegations of rape and sexual assault.

More evidence is emerging that cor ...

Iowa governor got 2nd chance; she thinks felons should, ...

US to lay out case against Assange at extradition hearing

Lawyer: Assange was offered US pardon if he cleared Russia

Julian Assange extradition case to be drawn out for months

WikiLeaks founder Assange due in court to fight extradition