“I will not stop. I will not give up until we have delivered equal and abundant opportunity to every neighborhood across our land,” Trump said at a reception. 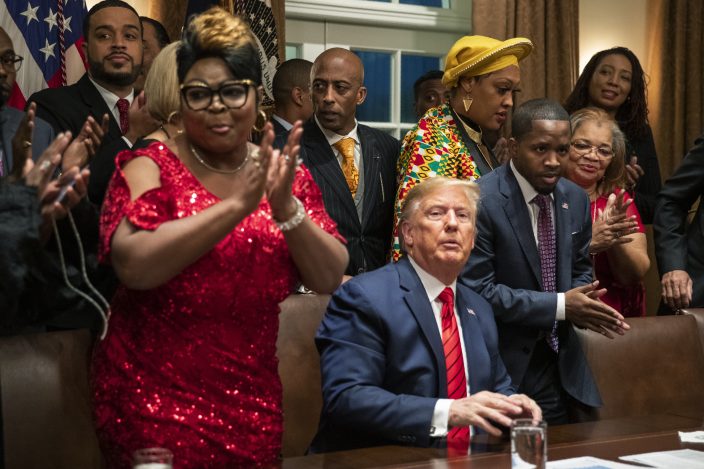 Before the reception, he met with black supporters who complained that Trump was not being given enough credit, or that he had been portrayed unfairly as racist.

“You attack him, you attack all of us,” said Bruce LeVell of Georgia.

Trump's reelection campaign has stepped up its outreach to black Americans as it tries to claw away support from the traditionally Democratic voting bloc ahead of November's general election. 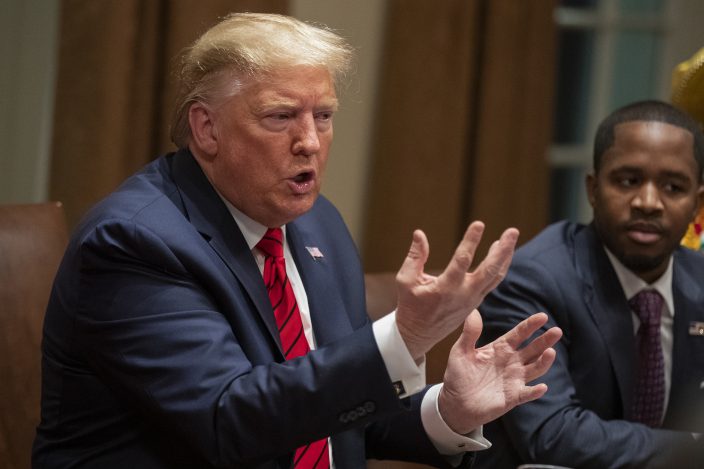 President Donald Trump speaks during an event in the Cabinet Room at the White House, Thursday, Feb. 27, 2020, in Washington. (AP PhotoManuel Balce Ceneta)

Approval of Trump among black Americans has been consistent at about 1 in 10 over the course of his presidency. A Pew Research Center analysis of people who participated in its polls and were confirmed to have voted showed Trump won just 6% of black voters in 2016.

But the campaign claims it is seeing an uptick of support among black men in particular — and notes that even a small shift in the electorate could decide close races.