published by Associated Press photographers in Latin America and the Caribbean.

The gallery was curated by AP photojournalist Ariana Cubillos in Caracas, Venezuela. 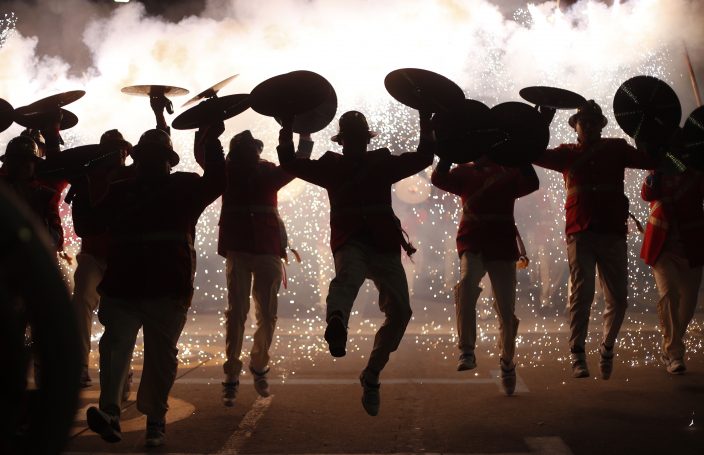 Musicians perform as they parade during Carnival in Oruro, Bolivia, Saturday, Feb. 22, 2020. The festival features folk dances, costumes, crafts, music and up to 20 hours of continuous partying. (AP PhotoJuan Karita) 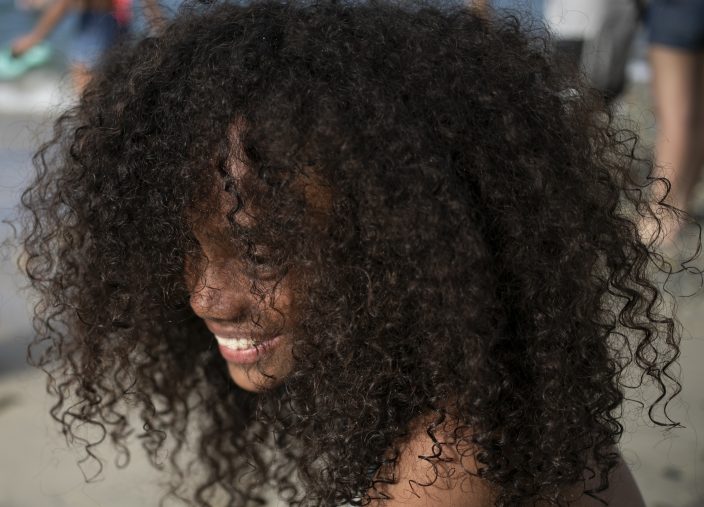 A girl smiles as she enjoyes the beach during Carnival in La Guaira, Venezuela, Monday, Feb. 24, 2020. (AP PhotoAriana Cubillos) 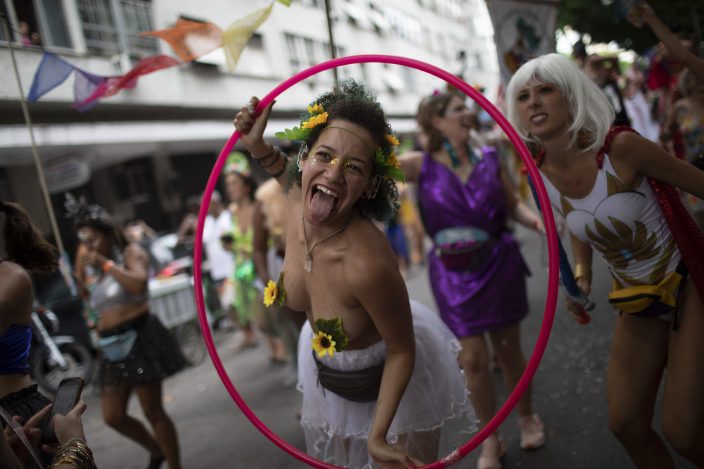 A woman makes a face through her hula hoop during the "Mulheres Rodadas" block carnival parade in Rio de Janeiro, Brazil, Wednesday, Feb. 26, 2020. As Carnival season winds down in Brazil, hundreds of women have gathered for the street party that mocks the social stigma tied to them being sexually experienced. "Mulheres Rodadas" loosely translates as "women who have been around." (AP PhotoSilvia Izquierdo) 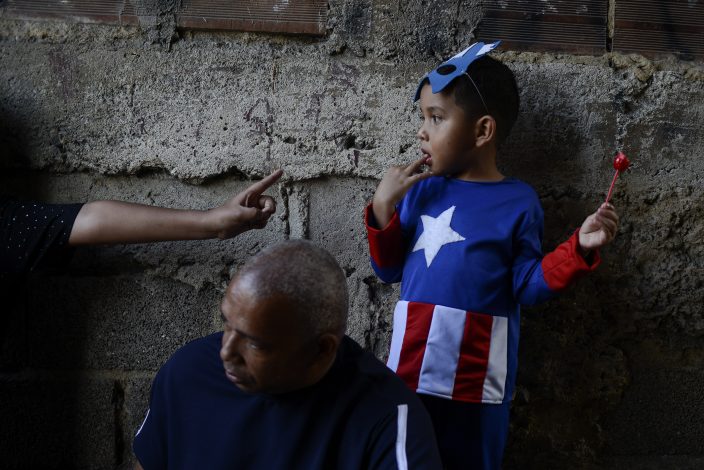 A boy in a Capitan America costume stands holding a lollipop as he is scolded by his mother because he did not want to play with the other children but stay near his father, in the Catia neighborhood during the Carnival Caribe 2020 in Caracas, Venezuela, Saturday, Feb. 22, 2020. (AP PhotoMatias Delacroix) 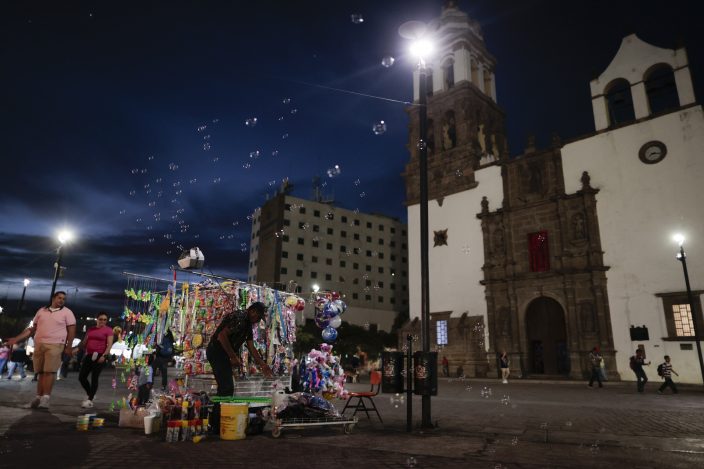 In this Feb. 12, 2020 photo, people and vendors mingle on a central plaza as night falls, in Irapuato, Guanajuato state, Mexico. The state is attractive to drug cartels for the same reason it is to auto manufacturers: road and rail networks that lead straight to the U.S. border. (AP PhotoRebecca Blackwell) 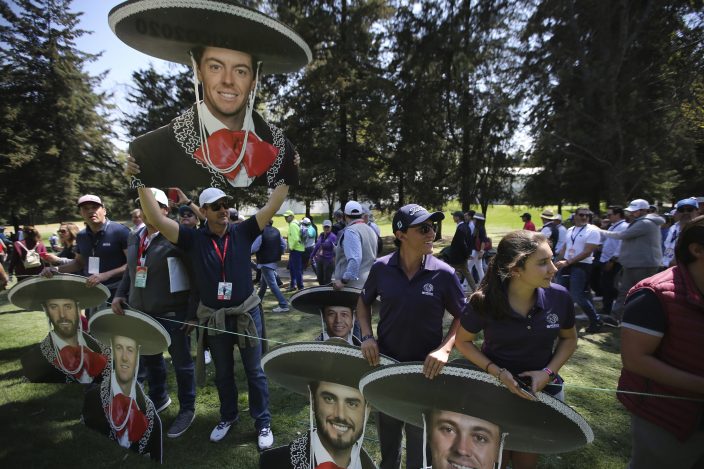 A fan holds up a cutout depicting golfer Rory McIlroy of Northern Ireland dressed as a mariachi, during the second round of the WGC-Mexico Championship golf tournament, at the Chapultepec Golf Club in Mexico City, Friday, Feb. 21, 2020. (AP PhotoFernando Llano) 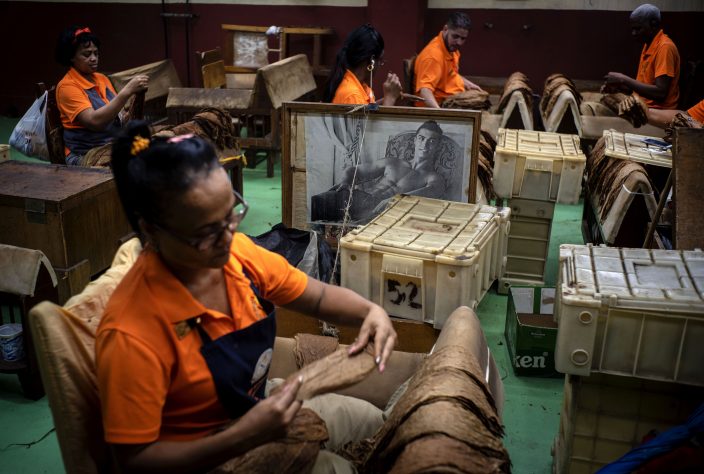 A portrait of Portugal's soccer star Cristiano Ronaldo decorates the work space of La Corona cigar factory employees selecting the best leaves to roll cigars in Havana, Cuba, Thursday, Feb. 27, 2020. The factory opened their doors to the press on Thursday during the annual Havana Cigar Festival, a week-long bash that brings together cigar sophisticates from around the world and culminates with a gala and auction of humidors worth hundreds of thousands of dollars. (AP PhotoRamon Espinosa) 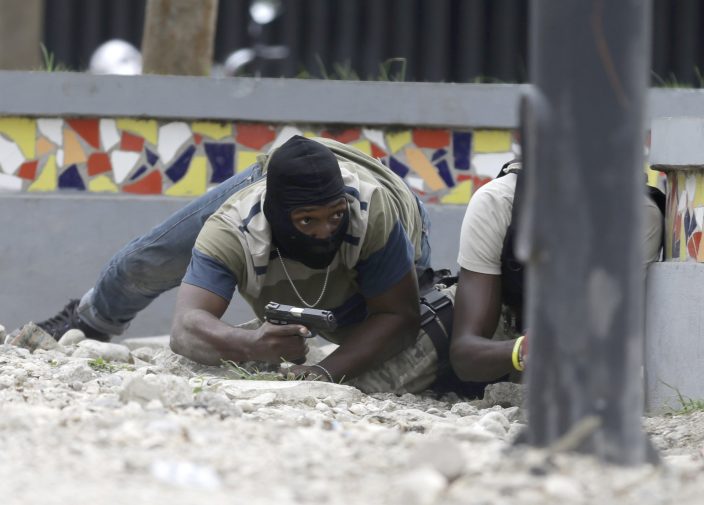 Armed off-duty police officers take cover during and exchange of gunfire with army soldiers, as they protest over police pay and working conditions, in Port-au-Prince, Haiti, Sunday, Feb. 23, 2020. Off-duty police officers and their supporters exchanged fire for nearly two hours with members of the newly reconstituted Haitian army in front of the national palace. (AP PhotoDieu Nalio Chery) 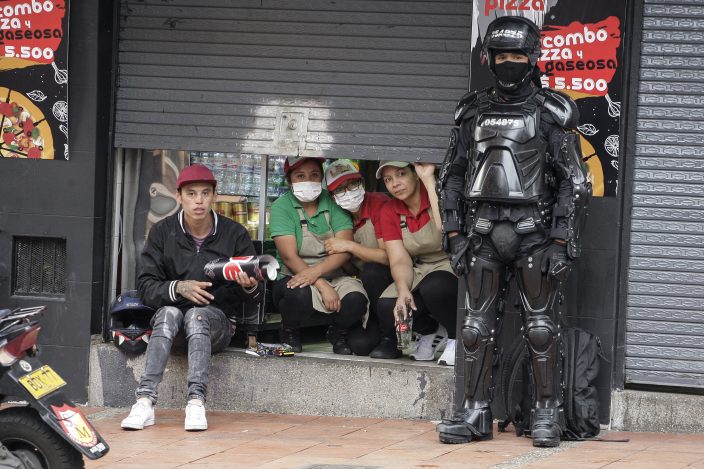 Vendors take refuge as protesters clash with police during an anti-government protest voicing discontent with the conservative government of President Ivan Duque, in Bogota, Colombia, Friday, Feb. 21, 2020. The ongoing protests in Colombia and Chile have been sparked largely by frustration with corruption, economic inequality and governments that are perceived to be imposing austerity measures without regard for the daily hardship of many citizens. (AP PhotoIvan Valencia) 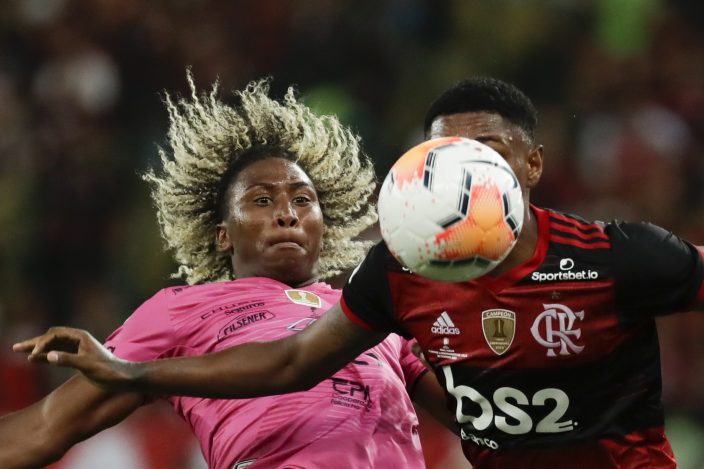 Angelo Preciado of Ecuador's Independiente del Valle, left, and Vitinho of Brazil's Flamengo vie for the ball during the final match of the Recopa at the Maracana stadium in Rio de Janeiro, Brazil, Wednesday, Feb. 26, 2020. (AP PhotoLeo Correa) 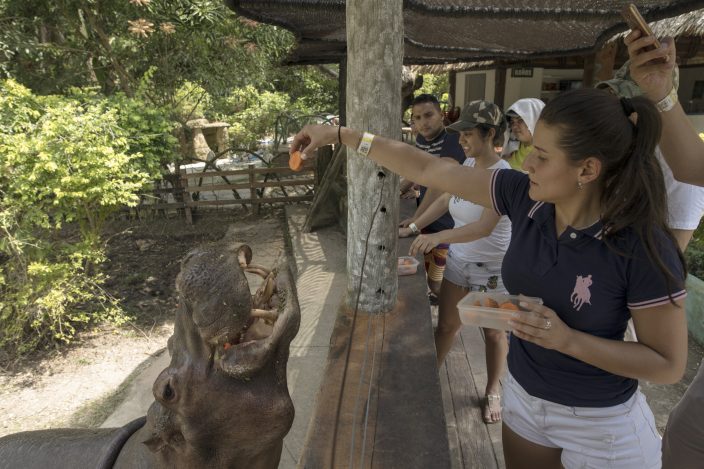 A visitor feeds a hippo at the Hacienda Napoles Park in Puerto Triunfo, Colombia, Wednesday, Feb. 12, 2020. Following de death of drug lord Pablo Escobar in 1993 most of the animals at his private zoo at Hacienda Napoles were taken to new homes or died. But not the hippos. Their size and cost to transport meant they were abandoned. (AP PhotoIvan Valencia)