Rep. Elaine Luria is the kind of up-and-comer the Democratic Party would like to keep in Congress.

But the former Navy commander with a moderate bearing, who flipped a coastal Virginia House seat in 2018, said she's afraid that will be far more difficult if her party nominates Vermont Sen. Bernie Sanders for president.

“When I talk to people across our district, they are very pragmatic, middle of the road,” said Luria, who has endorsed former Vice President Joe Biden. “They don’t want free everything for everyone, or policy positions that are unrealistic.” 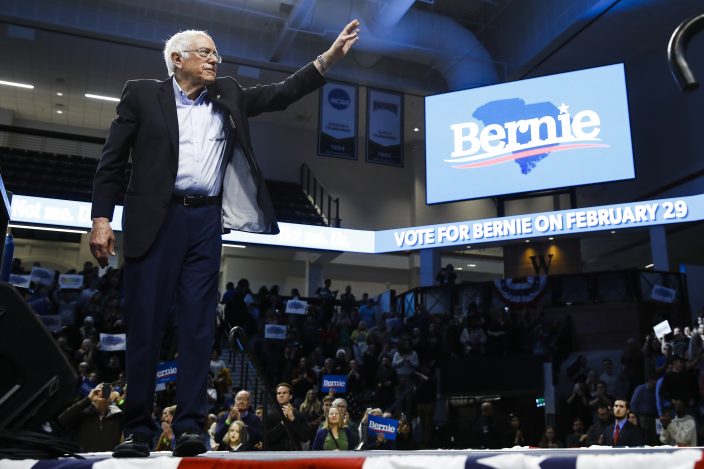 Like Luria's district, which includes Virginia Beach, where Sanders is holding a rally Saturday night, her state presents a vital test for Sanders' ability to consolidate his position as the clear Democratic 2020 front-runner by winning in a swing state with moderate leanings.

She is among the dozen or so freshman members of Congress with national security backgrounds who persuaded voters to throw out an incumbent Republican, and Democrats are counting on them to help maintain control of the House in November.

Virginia is not currently a priority for President Donald Trump's reelection campaign, but there is concern among Democrats that if Sanders is his opponent, it will threaten down-ballot races. Still, Virginia is among the few states on Super Tuesday that are considered possibly competitive in the fall. 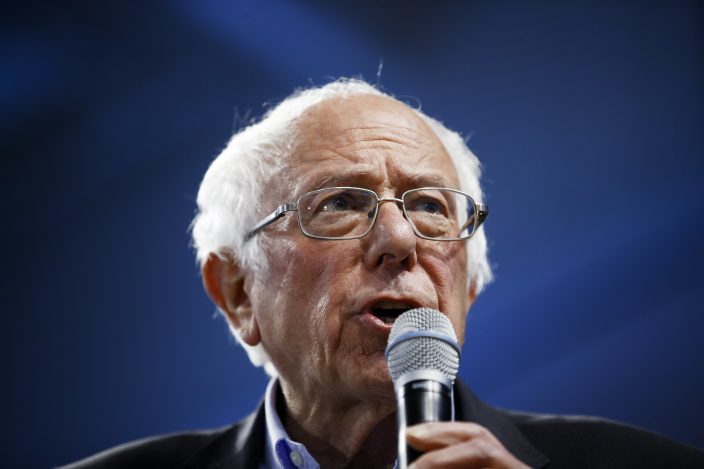 A good showing would bode well for Sanders’ ability to expand his appeal beyond his progressive base to win both the primary and the general election. But weak Virginia results may reinforce fears from many in his own party's establishment that Sanders will struggle to win over legions of centrists he'll likely need against Trump.

“The person who wins Virginia is a person who shows they can really put together a coalition that can beat Trump," said Terry McAuliffe, a former Virginia governor. McAuliffe said the state's diverse voter blocs, its mix of rural, urban and suburban areas and its many military and veteran voters make it a “perfect” test for Sanders' appeal.

Once a more evenly split swing state, Democrats have won every statewide election in Virginia for the last decade while flipping partisan majorities in the state legislature and congressional delegation. Voter antipathy toward Trump, particularly in the state’s fast-growing suburbs outside Washington, D.C., have helped fuel that shift.

Several Democratic candidates have lavished attention on the state, and none more than Mike Bloomberg, the billionaire former mayor of New York. He spent more than $2.5 million funding groups that helped the Democrats wrest control of the Virginia General Assembly and spent more than $12 million just on television advertising in the state.

In the past, Virginians have tended to avoid political extremes. Hillary Clinton trounced Sanders here during the Democratic presidential primary four years ago. In 2017, former congressman Tom Perriello won widespread attention running for governor as an unapologetic liberal answer to Trump and was endorsed by Sanders. He was soundly defeated in the Democratic primary by a low-key moderate, Ralph Northam, who easily won the general election.

Luria is not the only newly elected congressional Democrat from Virginia to distance herself from Sanders.

Jennifer Wexton, who represents a district in the well-to-do northern Virginia suburbs, has said she won't support Sanders on Super Tuesday. The decision came after Republicans vying for their party's nomination to unseat her suggested she sided with Sanders on key issues.

Sanders, meanwhile, has vowed to build a “multiracial, multi-generational movement" based on appealing to working-class voters who were the backbone of his 2016 campaign, but also to minorities he struggled to impress while facing off with Clinton in 2016.

His campaign says outreach to blacks and Hispanics fueled his victory in Nevada — but there's a far stiffer test in Virginia, where nearly 20% of the population is black, and Hispanics and Asians make up nearly 17%.

Virginia also features highly distinct electorates based on geography. The Washington suburbs are where Trump backlash helped the Democrats take control of the House in 2018. Massachusetts Sen. Elizabeth Warren, whose views on “Medicare for All” universal health coverage and tuition-free college are as progressive as Sanders', drew thousands to a recent rally in Arlington. But Pete Buttigieg, the former mayor of South Bend, Indiana, then staged his own rally nearby that also attracted thousands, and another moderate, Biden, has used the area for frequent fundraisers.

Other parts of the state are more rural and tend to be more conservative — though there's also a left-leaning libertarian streak that Sanders could exploit.

Sanders stopped Thursday in Richmond — the state capital and onetime capital of the Confederacy —- and is holding a rally on Saturday afternoon in Springfield, just outside the Beltway and home to a fast-expanding Hispanic population, before heading to Virginia Beach.

Yaheiry Mora, director of CASA in Action, which has endorsed Sanders and identifies itself as the largest electoral organization advocating for immigrant and Latino rights in the Mid-Atlantic, will have volunteers canvassing on the senator's behalf in Woodbridge and Annandale, Virginia, on Saturday, close to Sanders’ Springfield rally. She said those knocking on doors find that the senator's support for Medicare for All, ending the Trump administration’s tough immigration policies and raising the federal minimum wage to $15 per hour resonates with voters of color.

“All over the state, we have folks that are undecided. They express, ‘I love Bernie, but I just don’t know where I can beat Trump,’ and that’s where I think our persuasion message has been working,” Mora said. “We focus on those three areas and it helps.”

At Sanders' Richmond rally, insurance agent Nicole Long said that Virginia voters are worried more about their future than the last time the senator was on the ballot and that they are now more open to the “radical change” he's offering. Still, she acknowledged he's facing an uphill fight in the state.

“I'm hopeful but hesitant,” she said.