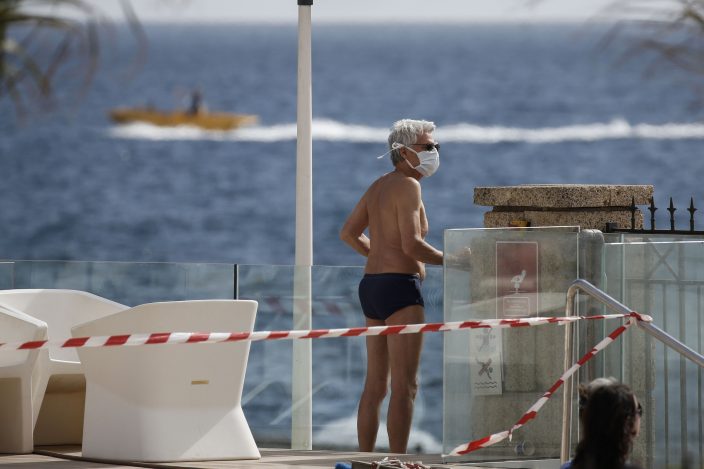 VIRUS OUTBREAK-AFRICA-STRANDED STUDENTS — Parents' fears are growing for the thousands of African students who are thought to be stranded in China's locked-down city of Wuhan amid the virus outbreak. There are concerns that students are running out of food and money weeks after other countries evacuated citizens. By Rodney Muhumuza and Patrick Onen. UPCOMING: 930 words by 4 a.m., photos. 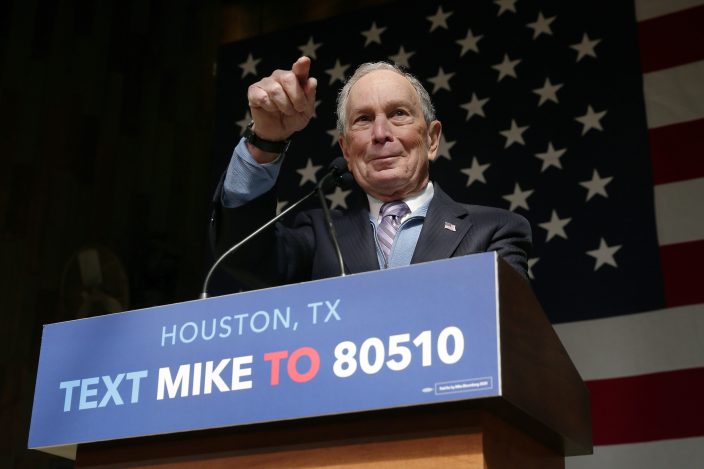 VIRUS-OUTBREAK-FACE-MASK-SHORTAGES — Fear of the spreading coronavirus has led to a global run on sales of face masks despite medical experts' advice that most people who aren't sick don't need to wear them. Many businesses are sold out, while others are limiting how many a customer can buy. Amazon is policing its site, trying to make sure sellers don't gouge panicked buyers. By Business Writers Dee-Ann Durbin, Anne D'Innocenzio and Joseph Pisani. SENT: 1,200 words, photos.

ELECTION 2020-SANDERS-VIRGINIA — Bernie Sanders doesn’t need to win Virginia to have a successful Super Tuesday, but he probably can’t afford a big loss there, either. Virginia is leaning increasingly blue but has long favored moderates over populists. By Alan Suderman and Will Weissert. SENT: 970 words, photos. With ELECTION 2020-BLOOMBERG — Bloomberg might not spend to help Sanders if he's nominee. Also see MORE ON 2020 ELECTION below. 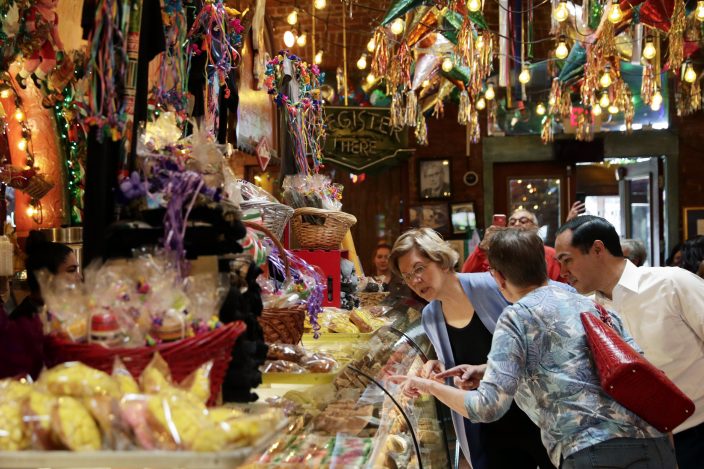 For featured coverage of the South Carolina primary and Super Tuesday.

SYRIA — Turkey raises the death toll from a Syrian government airstrike on its forces in northwestern Syria the previous night to 33 Turkish troops, the highest number of Turkish soldiers killed in a single day since Ankara first intervened in the Syrian conflict in 2016. The deaths were a serious escalation in the direct conflict between Turkish and Russia-backed Syrian forces that has been waged since early February. By Andrew Wilks. SENT: 900 words, photos. With TURKEY-SYRIA NATO to meet after Turkish troops killed in Syria.

AFGHANISTAN-LONG ROAD TO PEACE — Many Afghans view Saturday's expected signing of a U.S.-Taliban peace deal with a heavy dose of well-earned skepticism. They've spent decades living in a country at war — some their whole lives — and wonder if they can ever reach a state of peace. By Kathy Gannon. SENT: 1,090 words, photos. 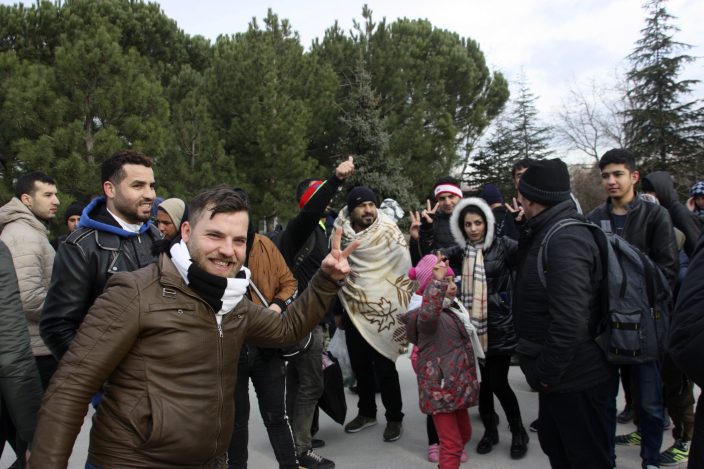 Migrants react as they walk to the border gate of Pazarkule in Edirne, near Turkey-Greece border, early Friday, Feb. 28, 2020. An air strike by Syrian government forces killed scores of Turkish soldiers in northeast Syria, a Turkish official said Friday, marking the largest death toll for Turkey in a single day since it first intervened in Syria in 2016. (AP PhotoErgin Yildiz)

VIRUS OUTBREAK-US SCHOOLS — Schools across the United States are canceling trips abroad, preparing online lessons and even rethinking “perfect attendance” awards as they brace for the possibility that the new coronavirus could begin spreading in their communities. By Education Writer Collin Binkley. SENT: 1,040 words, photos.

VIRUS OUTBREAK-USOPC — Managers at the U.S. Olympic and Paralympic Committee have been gathering information from individual sports, trying to figure out what events are being affected by the coronavirus and what others could be in the future. By National Writer Eddie Pells. SENT: 570 words, photos.

VIRUS OUTBREAK-PENCE-INDIANA — Vice President Mike Pence's handling of a 2015 HIV outbreak in Indiana when he was governor is getting new scrutiny now that President Donald Trump has tasked him with overseeing the U.S. response to the new coronavirus threat. SENT: 1,170 words, photos.

ELECTION 2020-CALIFORNIA PRIMARY-VOTING — Major changes to the way people vote have election advocates on edge as Californians cast ballots in a high-profile primary that was moved up from June so the country's most populous state could have a bigger say in picking the Democratic presidential nominee. SENT: 840 words, photos.

ELECTION 2020-VIRUS OUTBREAK-DEMOCRATS — Democratic White House hopefuls are seizing on Trump’s delayed response to the coronavirus outbreak, but some experts and Democrats warn that the candidates risk exacerbating a public health crisis if they go too far in politicizing it. SENT: 1,190 words, photos.

INTO THE WILD-LURE OF THE BUS — Travelers have gotten stranded, injured and even died trying to reach an abandoned bus in Alaska’s punishing wilderness, while attempting to retrace the journey described in “Into the Wild." Now families of some of those who died are proposing a footbridge to make it easier for people to complete the journey, but locals fear that could give pilgrims a false sense of security. SENT: 710 words, photos.

MISSISSIPPI SHOOTINGS — A Mississippi man is given four death sentences by a jury, hours after he spoke in court and blamed the devil for his actions the night eight people were shot to death. SENT: 440 words, photos.

FOREVER CHEMICALS-SKI WAX — Concerned about human health and the environment, the ski racing community is backing away from something that has long made athletes go faster — fluorinated waxes containing PFAS. UPCOMING: 730 words by 6 a.m., photos.

HEALING WITH BASKETBALL — People in the Ohio city of Dayton that endured a tumultuous year including a mass killing are rallying around their college basketball team. UPCOMING: 860 words by 6 a.m., photos.

US-SERIAL-KILLINGS-TRIAL — A judge is expected to give a death sentence to a man prosecutors call “The Boy Next Door Killer," who was found guilty of the home-invasion murders of two women. SENT: 380 words, photos.