March is crunch time for Democratic presidential candidates, with a nominee likely to emerge over the next several weeks, if not sooner.

Nearly two-thirds of the party’s national delegates are up for grabs in a 30-day time period starting with Saturday’s South Carolina primary. The biggest prizes come on Tuesday, when 1,344 delegates will be at stake in 14 states and American Samoa.

If one candidate can emerge from Super Tuesday with a significant lead in the delegate count, it would be very difficult for anyone to catch up. If that same candidate racks up big victories the following two weeks, when 10 more states and the Northern Mariana Islands have contests, the race would be all but over. 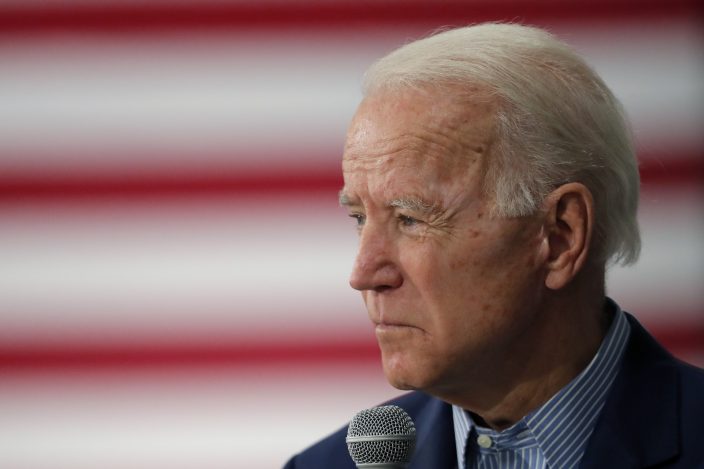 Bernie Sanders is the clear front-runner after winning New Hampshire and Nevada, and essentially tying with Pete Buttigieg in Iowa. If any of the other candidates hope to stop him, they have to start now.

“Starting with Super Tuesday, we shift from the momentum race to the delegate race,” Virginia Tech political scientist Caitlin Jewitt said in an email. She said during the next month, “if Sanders can rapidly amass delegates and expand his delegate lead, it is more likely that his competitors will begin to see his nomination as inevitable and withdraw from the race.”

It takes 1,991 pledged delegates to win the Democratic nomination on the first ballot at the party’s national convention this summer. The first three contests yielded only a handful of delegates, giving Sanders 45. He’s followed by Buttigieg with 25 delegates, Joe Biden with 15, Elizabeth Warren with eight and Amy Klobuchar with seven. 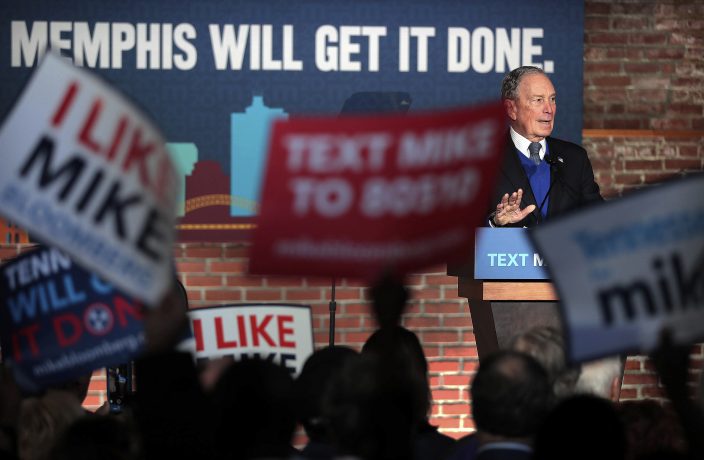 The bustling field helps Sanders, and it’s going to get more crowded on Tuesday, when former New York City Mayor Mike Bloomberg is on ballots for the first time.

Democrats award delegates proportionally, and candidates must get at least 15% of the vote, either statewide or in individual congressional districts, to win delegates. The system rewards top candidates in a crowded field and then makes it hard to catch them once the field shrinks. 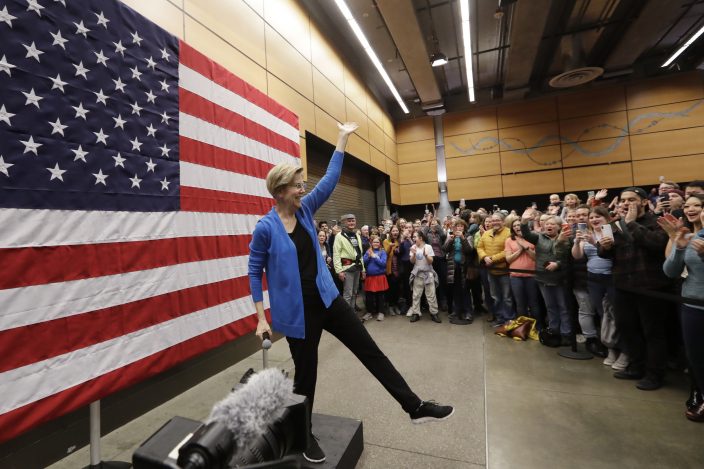 FILE - In this Feb. 22, 2020, file photo, Democratic presidential candidate U.S. Sen. Elizabeth Warren, D-Mass., addresses an overflow crowd before addressing a larger rally during a campaign event in Seattle. Cherokee citizens are calling on Warren to publicly disavow a family story of indigenous heritage as a way to dissuade others from making false claims they say often romanticize Native Americans. The topic has haunted the Massachusetts senator since even before she announced she would seek the Democratic nomination for president, despite Warren repeatedly apologizing for identifying as Native American in the past and for submitting a DNA test to back up what she heard growing up. (AP PhotoElaine Thompson, File)

“Given Sanders’ strength in the national polls, the next 30 days could deliver him the nomination,” said Louisiana State University political scientist Josh Darr. “If other candidates don’t drop out, he will have a clear plurality of delegates by April, and it will be very difficult for the party to pick someone else, even if there is a contested convention in Milwaukee.”

Buttigieg’s campaign is already conceding defeat on Super Tuesday, saying the map, which includes huge states such as California and Texas, favors Sanders. In a memo to supporters this week, Buttigieg campaign manager Mike Schmuhl said the campaign’s goal is to keep Sanders from building an insurmountable lead.

“Bernie Sanders will be the delegate leader after the March 3rd contests, but whether that makes him the prohibitive nominee is highly dependent on Pete’s performance,” said the Buttigieg memo. “If Sanders’ expected delegate lead is not held within 350 delegates coming out of Super Tuesday, it helps solidify his pathway to becoming the nominee.”

If Buttigieg is correct, and Sanders does come out of Super Tuesday with the most delegates, Buttigieg’s campaign says it hopes to catch Sanders in the contests that follow Super Tuesday. It wouldn’t be easy.

If one candidate builds a big delegate lead, the same proportional system that helped the front-runner build that lead in a crowded field makes it hard to catch him or her as the field narrows. That’s because even if the front-runner loses a contest, he or she is still likely to win a significant number of delegates. This is what happened in 2008, when Barack Obama defeated Hillary Clinton in a primary battle that lasted until June.

Obama built a small delegate lead on Super Tuesday, then sealed the nomination by winning 11 straight contests over the following two weeks. After that, Clinton won some big states, including Pennsylvania and Ohio, but she barely made a dent in Obama’s delegate lead.

The states following Super Tuesday, including Michigan on March 10 and Florida, Illinois and Ohio on March 17, offer an additional bonus for the winners.

One delegate might seem like a small victory, but the delegates add up as the votes are tallied in hundreds of congressional districts.

“That March window — particularly the part between Super Tuesday and St. Patrick’s Day — is probably the most crucial,” said political scientist Josh Putnam, who runs the delegate-oriented website Frontloading HQ.