Harvey Weinstein was transferred to a state prison in New York on Wednesday as he begins to serve a 23-year sentence for rape and sexual assault in his landmark #MeToo case.

The disgraced film mogul, who will turn 68 on Thursday, is locked up at the maximum security Wende Correctional Facility near Buffalo, according to state prison officials. He is known behind bars as inmate No. 20B0584.

The prison, six hours by car from Manhattan, is likely just a temporary stop for Weinstein. While he's there, he'll be evaluated to determine which state prison facility meets his security, medical, mental health and other needs. 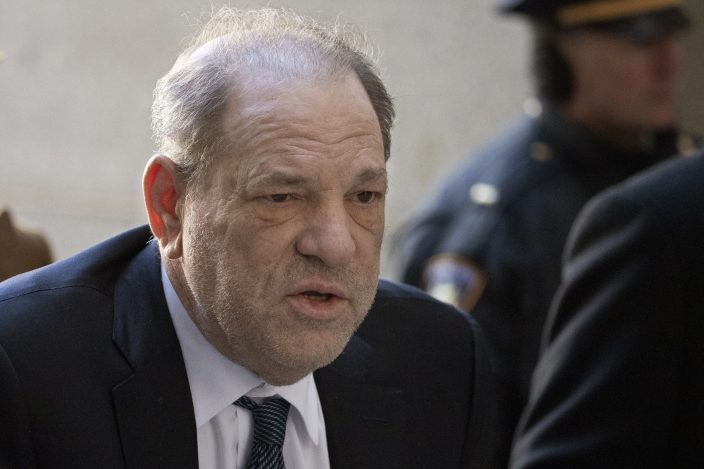 Weinstein left court in an ambulance after the guilty verdict and detoured to Bellevue Hospital, complaining of chest pains and high blood pressure. He later had a stent inserted to unblock an artery. After his sentencing, he returned with more chest pains. 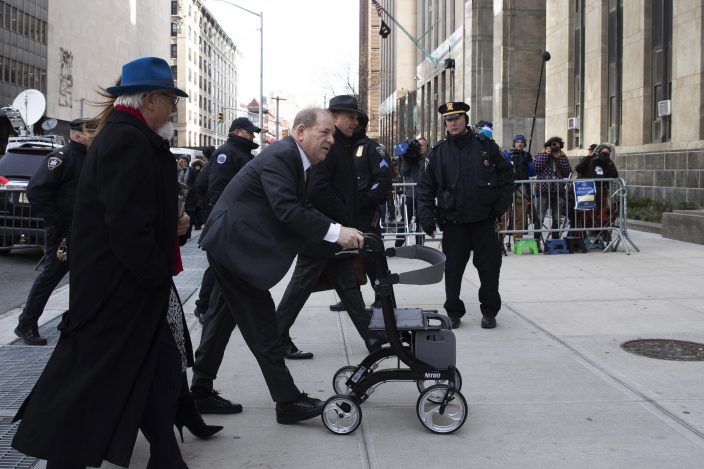 FILE - In this Feb. 20, 2020 file photo, Harvey Weinstein, center, arrives at a Manhattan court as jury deliberations continue in his rape trial in New York. Weinstein was transferred to a state prison in New York on Wednesday, March 18, as he begins to serve a 23-year sentence for rape and sexual assault in his landmark #MeToo case. (AP PhotoMark Lennihan, File)

Weinstein, the Oscar-winning producer of “Shakespeare in Love," was convicted of raping an aspiring actress in 2013 and forcibly performing oral sex on a TV and film production assistant in 2006. His lawyers have said they'll appeal.

Within hours of Weinstein’s sentencing, prosecutors in Los Angeles announced they were beginning the extradition process to send him there for an arraignment on charges he raped a woman and sexually assaulted another in 2013. That's now on hold because of the coronavirus crisis that has shuttered courthouses and limited travel.

For Weinstein, being sent to the Buffalo-area prison is an inauspicious homecoming. He attended college nearby and got his start in the entertainment business in the area as a concert promoter bringing the likes of Frank Sinatra and the Rolling Stones to town.

This story has been corrected to show Harvey Weinstein's birthday is Thursday, not Wednesday.