Unknown assailants shot dead a former member of an Israeli-backed Lebanese militia on Sunday, security officials said. The killing came three days after a jailed Lebanese-American man who belonged to the same militia was released in Beirut and flown to the U.S.

Two Lebanese security officials said Antoine Hayek was killed with several bullets from a pistol equipped with a silencer inside his grocery store in the southern village of Mieh Mieh, near the port city of Sidon. They spoke on condition of anonymity because they were not authorized to speak to the media.

According to Lebanese media, Hayek had been a warden at a prison run by the South Lebanon Army militia during Israel's 18-year occupation of southern Lebanon, which ended in 2000. 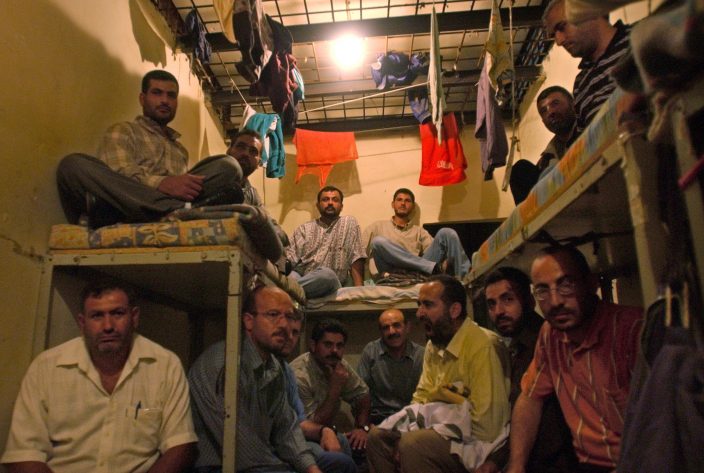 FILE - In this Aug. 3, 2005 file photo, inmates of the notorious Khiam Prison sit in their cell where they displayed their belongings during a sit-in at the prison in Khiam, southern Lebanon. Lebanese Judicial officials said Tuesday, Feb. 4, 2020, that Amer Fakhoury, a Lebanese-American, has been charged with murder and torture of Lebanese citizens while he was working as a warden at the prison, which was run by an Israel-backed Lebanese militia. (AP PhotoMohammad Zaatari, File)

The Lebanese-American man, Amer Fakhoury, had been jailed in Lebanon since September and charged with murder and torture of prisoners at the same SLA-run prison — charges he denied. A Lebanese judge ordered him released last week, saying more than 10 years had passed since the alleged crimes.

U.S. officials confirmed Fakhoury was aboard a U.S. Marine V-22 Osprey seen taking off from the U.S. Embassy compound northeast of Beirut on Thursday.

Fakhoury’s case had significantly strained the already troubled ties between the U.S. and Lebanon.

FILE - In this Aug. 16, 2006 file photo, a Lebanese flag flies over Khiam prison in the southern town of Khiam, Lebanon. Sen. Jeanne Shaheen, D-N.H., said Thursday, March 19, 2020, that Amer Fakhoury, 57, of Dover, N.H., was was freed from the prison. Fakhoury had been jailed since September 2019, was responsible for the killings and abuse of prisoners in Lebanon as part of an Israeli-backed militia two decades ago. (AP PhotoNasser Nasser, File)

Hassan Nasrallah, the leader of the powerful Hezbollah militant group, called Fakhoury's release and exit from Lebanon a "blatant violation" of the country's sovereignty and laws. Lawmakers from Fakhoury's home state of New Hampshire had called for imposing sanctions on Lebanon to pressure Beirut to release him.

Local media outlets reported that Hayek had been close to Fakhoury. Hayek, a 58-year-old retired policeman, also reportedly worked as a warden at the SLA-run Khiam prison during Israel's occupation.

Human rights groups have described the prison as a center for torture. 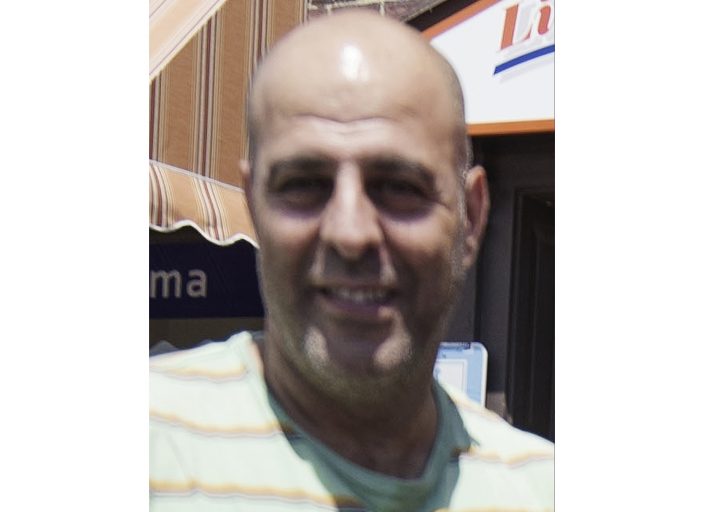 FILE - In this July 5, 2016 file photo, shows Amer Fakhoury, owner of Little Lebanon To Go restaurant, in Dover, N.H. Sen. Jeanne Shaheen, D-N.H., said Thursday, March 19, 2020, that a Fakhoury was freed from a prison in Lebanon. Fakhoury had been jailed since September 2019, was responsible for the killings and abuse of prisoners in Lebanon as part of an Israeli-backed militia two decades ago. (John HuffFoster's Daily Democrat via AP, File)

Lebanon's intelligence service said Fakhoury confessed during questioning to being a warden there.

Fakhoury’s family in the U.S. and lawyer, however, said that although he was a SLA member, he had no direct contact with inmates and was never involved in any interrogation or torture. Fakhoury became a U.S. citizen last year.

Hundreds of SLA members fled to Israel, including Fakhoury, fearing reprisals if they remained in Lebanon. Others stayed and faced trial, receiving lenient sentences.

Hayek was one of those who stayed in Lebanon and was sentenced to 18 months in jail.

No one claimed responsibility for Hayek's shooting.

Hasan Hijazi, a former inmate at Khiam prison, tweeted Sunday about his experience there. He said Hayek would flog prisoners with a whip and “turn detainees into a punching bag, and beat and kick them.”

Lebanon and Israel have been officially at war since Israel's creation in 1948. Lebanon bans its citizens from traveling to Israel or having contact with Israelis.